Kaitlin Hawayek and Jean-Luc Baker of the United States won the gold medal with 174.29 points. Soucisse and Firus, third after the short dance, followed at 164.96, bettering their previous best of 154.60 set in October.

Kana Muramoto and Chris Reed of Japan were third at 163.86.

"We're pretty ecstatic," said Firus. "The goal coming in was a medal and we accomplished that. We're psyched and super pumped right now."

Barely two weeks from the Pyeongchang Games, Canada sent skaters to Four Continents who missed qualifying for its Olympic team.

Sarah Arnold and Thomas Williams of Vancouver were eighth and Haley Sales of Burnaby, B.C., and Nikolas Wamsteeker of Langley, B.C., were ninth.

In men's competition after the short program, Nam Nguyen of Toronto is the top Canadian in seventh spot. Elladj Balde of Montreal is 12th and Kevin Reynolds of Coquitlam, B.C., were 13th.

"I felt really good with the skate," said Nguyen. "The practices have been a little bit rocky this week so to put out such a solid performance for everybody is a great feeling and I hope to continue this for the long program."

Shoma Uno of Japan is first.

Competition continues Friday with the pairs and women's free programs. The men's free skate is Saturday. 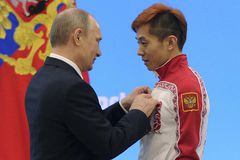 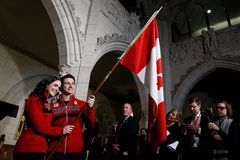 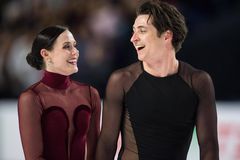