In the latest attempt to catch the attention of the public, which included moving its offices to the Greater Toronto Area from Ottawa, the governing body of university sports in Canada changed its name.

U Sports, known as Canadian Interuniversity Sport (CIS) until Thursday, wants to operate as a sports business rather than a governing association and sell its athletes and their competitions to sports fans across Canada. It is an ambitious goal but not a new one for the organization, which was established in 1906 and was known as the Canadian Interuniversity Athletic Union for decades until it adopted the CIS moniker in 2001.

"What we do in Canada is excellence, we really do pursue excellence," former Toronto Raptors general manager Glen Grunwald, now director of athletics and recreation at McMaster University, said Thursday about university sports in Canada. "We need to understand and appreciate that. We need to find a way to get these stories told because right now they are not."

The problem is, despite attempts over the years by many university administrators to get more media attention and sell more tickets, the efforts have largely gone unnoticed by sports fans outside of the university communities.

"You're not going to do it overnight," said U Sports chief executive officer Graham Brown, who brings a missionary's zeal to a job he took one year ago after a long run as CEO of Rugby Canada. "This isn't an exercise to take attendance from nominal in some cases to the Panda Bowl two weeks ago [in Ottawa] where they had 24,000.

"This is a road and a journey to continue to build the brand and make people aware that what they're going to see if they decide to watch U of T play basketball or UBC or Calgary is a very good brand of athletic competition. It's just telling the story differently.

"I've now gone to over 100 sporting events in CIS and even I'm surprised, because I went there with enthusiasm, at the level of ability of these young athletes. It's pretty amazing. The schools are now working harder on marketing. It's just about tying all that together."

Along with the new name, U Sports also has a new logo, which Brown said is meant to appeal to young people and give them a connection to university sports. The new name and logo and what U Sports calls "new branding" were created by the Vancouver design company Hulse & Durrell. The firm has worked with several sports organizations on rebrands, including the Canadian Olympic Committee, Swimming Canada, Curling Canada and Equestrian Canada.

In its news release, U Sports said the U represents, "United. Unbeatable. Unsurpassed. Undaunted. Unrelenting. One title, instantly recognizable and identical in both French and English." The emphasis during the search for a new name was that it had to be bilingual.

U Sports represents 56 universities with 12,000 student-athletes, 500 coaches, 21 national championships and 12 sports. The organization's website address also changed Thursday. It can now be found at www.usports.ca. Similar changes were made to its social-media channels.

"This is an important step towards a total transformation of our organization, which started almost a year ago," Brown said. "Although the mission and the passion remain the same, the new brand will shine the spotlight on our dedicated student-athletes at our 56 universities across the country. [Thursday's] announcement also aims to create a massive change in the way university sports are consumed in a fast-changing digital era."

Since Brown was hired in September, 2015, the CIS changed locations, going to Richmond Hill, Ont., from Ottawa, and there was much change among the staff. Brown said the launch of the new name and logo marks the start of a new approach for U Sports.

"With all of that change comes a new enthusiasm," Brown said. "There are going to be many challenges. It's really about repositioning and re-establishing ourselves and being more vocal about what we do.

"The fact of the matter is in typical Canadian form, we often don't pat ourselves on the back. We want this brand to represent the next generation of young athletes. We will talk about our student athletes, their accomplishments." 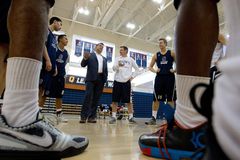 Drug testing returns to the CFL this season
April 21, 2016 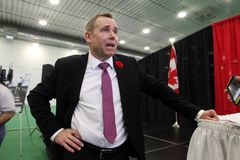 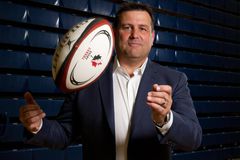