Canada will send 283 athletes to the Gold Coast Commonwealth Games, looking to mine 100-plus medals Down Under.

The Games, which run April 4-15, will draw more than 6,500 athletes and officials from some 70 countries and territories. Competition will cover 18 sports and seven para-sports, although Canada is not entered in netball.

The goal is to once again finish in the top three.

Located some 80 kilometres southeast of Brisbane on Australia's east side, the Gold Coast promises to be a spectacular setting. Fifty-two kilometres of sand and surf and 300 sunny days are hard to beat, especially after a gruelling Canadian winter.

The sports will be contested in 18 venues on the Gold Coast and in Brisbane, with preliminary basketball games in Townsville and Cairns.

"The permanent venues are just in world-class shape," Carver-Dias said. "Really, Australia does a top-notch job in making sure that everything's ready on time and that it's all up to the specifications of this class of competition."

"It's a beautiful spot," said Tait. "And it's a great stadium. These games look like they'll be well-run."

The temporary venues, like beach volleyball, also stand out "because the actual (beach) setting itself is so stunning," said Carver-Dias

The Commonwealth Games traditionally have been a stepping stone to the Olympics.

Some 53 per cent of the 265 athletes who represented Canada four years ago in Glasgow went on to be part of the Rio Olympic team. Canada's contingent in Australia includes a record 21 para-athletes, 10 Olympic medallists and 4 Paralympic medallists from Rio 2016.

However, star sprinter Andre De Grasse won't be there.

The three-time Olympic medallist says he is not where he wants to be in terms of fitness after the hamstring injury that ended his 2017 season. De Grasse will start his outdoor season at the Drake Relays at the end of April.

For sports like lawn bowls, the Commonwealth Games are up there with the world championships. And Canada has a medal threat in Ryan Bester, who won silver at the 2014 games.

The 33-year-old native of Hanover, Ont., has another edge. Now making his home on the Gold Coast, Bester is bowls co-ordinator at the Broadbeach Bowls Club, which is hosting the games bowls competition.

Gold Coast will mark the fourth Commonwealth Games for field hockey veteran Mark Pearson, who also competed at the 2011 and 2015 Pan American Games and the 2008 and 2016 Olympics.

Pearson says living in the athletes village at a multi-sport games can be an eye-opener. He says he perhaps put himself into too much of a bubble at the 2008 Olympics in Beijing, not wanting to be distracted.

His advice to young athletes at such games is not to change who you are and to find how you need to act to best perform.

"That's why things like Commonwealth Games are so useful and so awesome," said the 30-year-old from Tsawwassen, B.C. "Because the athletes village can be a really distracting place, because there's lots of people, lots of games, different food, girls, everything, you name it."

"I think one of the reasons why I've stayed involved over the years, in different capacities, is that they're a games that is trying to do sports in a socially conscious way," said Carver-Dias, who serves on the board of Commonwealth Games Canada.

"It kind of goes beyond sport," she added.

The Gold Coast competition bills itself as the first international Games to achieve gender equality with the same number of medal events (133) for women and men.

Some 52 per cent of the Canadian team are women.

They are also the first international games to have to have a "reconciliation action plan," aiming to "leave a lasting and meaningful legacy" for aboriginal people and culture.

Canada goes to the games, with an ulterior motive. The hope is to bring the centennial 2030 Commonwealth Games back to Canada, site of the first British Empire Games in 1930 in Hamilton.

Coverage of the Gold Coast Games in Canada will be via the streaming service DAZN. 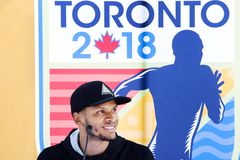 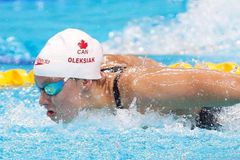