The speed of new technology allows modern media to constantly turn over the news cycle. The fatal crash of star Canadian ski-cross athlete, Nik Zoricic, early Saturday morning is a debatable example. How prominently do you play that news if you're a Canadian sports TV network, one that is the home of the Olympics? How long should it lead your news on a day filled with NHL, the Brier, NBA and PGA Tour stories?

Sportsnet, co-host network of the 2010 Vancouver Winter Olympics and the 2012 London Summer Olympics, chose to lead its 10 p.m. ET Connected with extensive coverage on Zoricic's death. They grabbed City video of Zoricic's home ski club of Craigleith, and did a studio segment with an emotional Brian Stemmle, who once was almost killed himself in a skiing crash at Kitzbuehel. (Sportsnet is the host broadcaster for skiing in Canada.) "Our coverage of the tragic passing of Nik Zoricic matched the importance of the story," says Scott Woodgate, Sportsnet's vice president, news and information. "Sportsnet does not have a news program on Saturdays at 6 p.m., making our 10 p.m.. [ET] Connected the first news show of the day. The Zoricic story was our lead over highlights as it was the most significant story of the day."

On TSN's signature 10 p.m. ET SportsCentre, coverage of Zoricic's demise was bumped 14 minutes down the lineup in favour of the latest Toronto Maple Leafs and Vancouver Canucks highlights. TSN, also an Olympic network, chose to show a singer botching the Canadian national anthem in Ottawa, plus Islanders vs. Devils highlights, ahead of the Zoricic news. They had a report from Jermain Franklin in Calgary but no panel.

TSN had played Zoricic's death higher on earlier versions of SportsCentre. New technology played a role in the call to move Zoricic's story back, says Ken Volden, vice president and executive producer for TSN. "In this day and age the 'lead' doesn't necessarily reflect the nature of the story," Volden said by e-mail, adding that the Zoricic story was posted prominently for more than 12 hours online and led the early editions of SportsCentre.

"Social media, online content and mobile apps have shortened the news cycle. It refreshes at a quicker rate all the time. It is the same philosophy on why we lead the late SportsCentre with the most recent games."

True enough (The Globe and Mail and other newspapers make similar strategic decisions). But media have to guard against dumping out stories too early simply because the speed of technology lets us. The public isn't always seeing the news cycle as fast as we are. There are still many people on a Saturday who turn to SportsCentre or Connected at 10 p.m. for a summary of the biggest stories, not the most recent. Zoricic was the biggest story of Saturday.

Peace in our time

There was peace in the valley this week on Coach's Corner as Ron MacLean and Don Cherry largely stuck to hockey, and the civil war with Toronto GM Brian Burke was shelved for this week at least. Our coverage this weekend produced several interesting nuggets about the stars of Hockey Night In Canada.

After we pointed out that ratings obtained by Usual Suspects earlier this season showed a drop in HNIC's ratings of 500,000-to-1-million viewers on some nights when Coach's Corner comes on after the first period, CBC pointed out that 2.217 million Canadians watched Cherry blast Burke on March 3 – down from HNIC's peak audience of 2.51 million.

Sunday also marked Part 2 of the latest CBC biopic on Cherry, Wrath of Grapes. This follows last season's Keep Your Head Up, Kid, the first instalment. Ratings for last Sunday reportedly showed the audience down by almost half from the previous year.

Sports radio ratings in Toronto continue to show the same trends– only more so. Sportsnet Radio Fan 590 continues to thrive in the coveted 35-54 male demographic, with a healthy 34-per-cent overall increase. The hockey-saturated winter book is traditionally strong; for example, Hockeycentral @ Noon was up from a 2.6 share to a 5.4, while Jeff Blair's morning show jumped 50 per cent as TSN Radio switched away from Dan Patrick to local programming in that slot.

But TSN Radio is still trending up in younger demos. Mike Richards's morning show is now up to threes and some fours in most categories where it once had ones. The Fan's Greg Brady and Jim Lang have an overall 4.1 to Richards's 3.0 in 25-54, but in the 18-34 demo, Richards has almost a seven share now. TSN has finally moved its studios uptown to Agincourt in preparation for televising the show later this year. 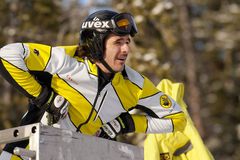 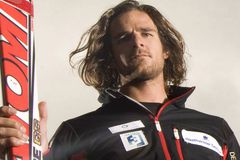 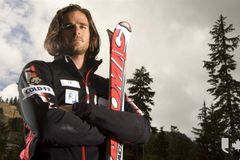 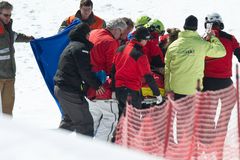 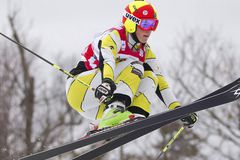 In pictures: The perils and pitfalls of ski cross
Gallery
March 10, 2012 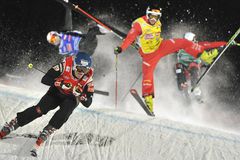