This has been an intriguing week for those who sometimes feel as though they're beating their heads against the wall on the issue of concussion injuries.

In Toronto on Thursday, the Ontario government took significant action toward making sport safer for students and amateur athletes by accepting recommendations from an expert panel on concussion safety and by promising legislation to guarantee those recommendations become law.

On the same morning, in Ottawa, Clarke MacArthur of the Senators failed his medical, which is tough news for one of hockey's most popular players, but also an indication that NHL teams are taking head injuries more seriously.

Only last spring MacArthur had returned with great drama from a concussion-imposed 18-month absence from the game. He scored the series-clinching overtime goal against the Boston Bruins and had nine points in 19 games as the Senators came within a win of reaching the Stanley Cup final.

The 32-year-old native of Lloydminster had at least four serious concussions in his four years with the Senators and perhaps now he will take the advice so many, both friends and professionals, offered last winter: Retire, no matter what ‎caused the failed physical, and regain your health.

Only the day before, on Wednesday, the CFL and the CFL Players' Association called an end to dangerous, full-contact, full-equipment practices. The league also announced an additional idle week next season to further reduce the risk of injuries.

"The timing couldn't have been better," CFL commissioner Randy Ambrosie told reporters, to "do something pro-active for player safety."

Some, of course, would argue that the timing is years late, but at least it is evidence that, finally, the sporting world is slowly awakening to the head-trauma reality that threatens all contact sports.

The worst of that threat was also brought home this week as the families of two deceased former professional athletes, one from hockey and one from football, decided to donate the players' brains to researchers at Boston University.

American hockey player Jeff Parker, a former member of the Buffalo Sabres, died at 53 in Minneapolis from complications to do with a heart and lung infection. Earlier this month, Californian Drew Wahlroos, a linebacker who played with the St. Louis Rams in 2004 and 2005, killed himself at age 37 and his family has also decided to send the brain to the researchers.

Boston University has examined the brains of scores of former NFL and NHL players to check for chronic traumatic encephalopathy (CTE), a degenerative disease linked to repeated blows to the head and believed to cause dementia, depression and potentially lead to suicide. A month ago it was announced that 99 per cent of deceased players whose brains were examined showed signs of CTE.

Professional sports has for some time now been subject to lawsuits and denials when it comes to the concussion debate. There is, however, no debate when it comes to protecting children and amateur players from largely preventable head injury. The Ontario report tabled at Queen's Park is mostly directed toward students. One provincial study found that 22 per cent of students have at some point been admitted to hospital with a head injury, many of them determined to be concussions.

The Rowan's Law Advisory Committee was led by Dr. Dan Cass, vice-president of medical at Toronto's St. Joseph's Health Centre, and included, among others, former NHL star Eric Lindros and Olympic gold medalist Rosie MacLennan, both of whom have dealt with severe concussions. It arose out of a coroner's inquest into the 2013 death of Rowan Stringer, a 17-year old Ottawa high school rugby player. Gordon Stringer, Rowan's father, also served on the committee.

Members met this week with the provincial minister of tourism, culture and sport, Eleanor McMahon, who found the conversation with the committee members so emotional she broke down herself. In 2006, McMahon's husband, Ontario Provincial Police officer Greg Stobbart, was struck by a careless driver as the off-duty policeman was on his bicycle. He was wearing a helmet but succumbed to head injuries. He was 44 years old.

McMahon knows only too well what it took for Gordon Stringer to spend the past four years in an "utterly unselfish desire to help others" avoid what had happened to his daughter. Rowan had suffered previous concussions, yet there was no protocol in place to prevent her from playing. In typical athlete response to injury, she had sent a text to a friend saying she wouldn't be getting checked out as she intended to play the next match and "what's some brain damage gonna hurt."

No one stepped in to stop her from playing and suffering what proved to be a fatal tackle.

"We have to change that conversation," McMahon says.

Thursday's report lays out an action plan for the province's campaign for concussion safety, focusing on safe participation in sport through surveillance, prevention, detection, management and awareness.

Stringer's hope is that the promised legislation will "make Ontario a gold-standard jurisdiction for concussion education, recognition, management and treatment and a model for the rest of Canada."

Lindros, who was elected to the Hockey Hall of Fame last year, has become increasingly involved in the issue of sports head injuries.

"Reflecting back on my career," he said in a statement, "I can imagine how things may have been different for all of us who sustained concussions. While basic research is moving along slowly, it needs much more support. Awareness, education and acceptance continues to improve, but it started at such a low bar."

That bar, says McMahon, must be raised much, much higher, and as soon as possible.

"I want to see professional sports see themselves in a role of leadership here." 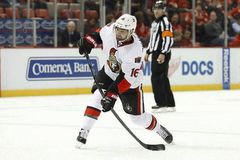 Meet the newest piece of technology aiming to curb concussions in football
September 7, 2017 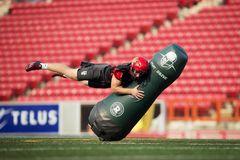 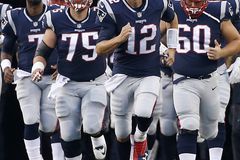