Maybe we were out of the room when commissioner Gary Bettman said the NHL's growth plan coming out of the lockout was a 32-team league. With almost half of its teams irrelevant to broadcasters and corporations and fewer still raising the revenue tide of the NHL, sure... why not add two more markets to hockey's Lost Battalion?

Bettman has had only one answer for quick 'n easy growth since he got the big chair back in 1993. Expansion cheques from saps who think that 15 teams get to share the Stanley Cup every year. And from insecure mayors like Edmonton's Stephen Mandel.

"I think without this kind of [arena] project, we will not be the city we can be," Mandel said as Edmonton considered a new rink, hinting bleakly at sod huts and muddy streets in the Alberta capital.

Yes, expansion is going to be Bettman's Valentine card to his owners after the 119-day unpleasantness of the lockout, says former NHL Players Association executive director Paul Kelly, who was in Markham last night to stoke the fire for a barn that could host one of Bettman's new teams.

Kelly says that the league had told him 32 was a magic number, with a southern Ontario franchise as the plum. (Such a franchise could fetch a half billion dollars for owners bruised from four-month lockout.).

No one doubts that the right arena, the right partners and a tidy payoff to the Maple Leafs will make this baby sing.

Kelly, who has no stake in the decision, told us Tuesday that "it will certainly bring new business, new infrastructure and new energy, along with increased property values."

Indeed it will, when one of the 30 NHL clubs currently in hockey ICU moves there to print plastic $20 bills ad nauseum. But as part of an added two expansion teams? How can you tell Bettman is a licensing lawyer?

Home is where the heart is

Bettman's other received wisdom after 21 years wearing the commissioner's epaulets is that, if an NHL team is a body, then the arena is the heart. And public funds are the stents that keeping the blood flowing efficiently.

Here he is on more solid ground.

Despite new revenues coming into the league from broadcasting and merchandising, arenas like the proposed Markham project, still generate the real capital to make or break a team. (In the case of a Canadian team with its captive hockey market, the right arena can make someone very rich.)

That's why two of the seven Canadian teams are now in the process of house hunting while Markham was getting in line for one.

The art of these deals (ably guided by Bettman) is seeing just how much elected officials are willing to cough up to allow them to make "bucketfuls" of money, in the words of Edmonton mayor Mandel.

The good burghers of Markham, spooked by the calamity in Glendale, Az., with the Coyotes arena, have gone squeamish after some earlier enthusiasm over building a rink to help close the hockey "gap" in southern Ontario's lucrative market. Tuesday night was meant to buck them up in the face of four hours of public input on whether to build their pleasure dome.

For guidance, they might have looked to Phoenix, where deadlines have become elastic over the past three years and promises are as plentiful as cactus in the nearby desert. A town of 250,000 has mortgaged its soul to save the arena, because the arena will save the shopping mall.

" @ dowbboy I was just wondering when the next "final" deadline for the Phoenix Coyotes would get here. Thursday, apparently. Till the next one."

Markham by way of Edmonton

Or they could have consulted Edmonton. After much ham-handed behaviour from Edmonton owner Darryl Katz about moving the Oilers to Fargo, N.D., the team and the city finally nailed down a deal to build a $601-million downtown arena complex to house the city's most visible symbol. The club will contribute $4-million a year for the 35 years of their lease at the arena, while managing the place and getting naming rights.

The sticking point is the $100-million coming from the Alberta government. That would be the government premier Alison Redford has said was about to be slammed by a "bitumen bubble" leaving the province with a $6-billion revenue shortfall. But, as they say in Alberta, No Worries. God or gas will supply.

Down the Queen Elizabeth Highway, the Flames have been watching Edmonton's example like card counters sitting on an ace. Wisely, they let the Oilers plow the tough political ground and get mud on their boots.

Calgary mayor Naheed Nenshi is talking tough about not giving up the farm to the Oil Patch crowd that own the Flames. But this is a city council that builds pretty bridges over the Bow River for giggles. If the Oilers got a deal, you can be sure the Flames, with Bettman as their wingman, will get theirs. (Look for the Flames to perhaps even throw a football stadium into the plans to house the recently purchased Stampeders.)

Just in time to host the other 31 NHL teams. Now, wasn't that little lockout all worth it?

"‏@ blogesalming The people against the new arena in Markham should just toss up a picture of Copps Coliseum, drop the mic and file out."

We've been tough on Bob Costas lately for his smug attitude about sports journalism. Once in a while, however, he reminds us of why he became a household sport name. Here's Costas delivering a fine eulogy at the funeral of St. Louis cardinals legend Stan Musial.

Editor's note: An earlier version of this online article incorrectly spelled the name of the Alberta premier. This online version has been corrected. 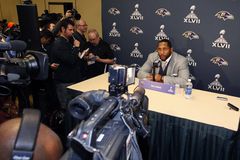 ANALYSIS
Dowbiggin: No final round pairing with Tiger might be best for Brad Fritsch
January 28, 2013 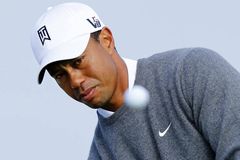 ANALYSIS
Dowbiggin: It’s clear the refs are willing to make the calls that create the scoring chances
January 26, 2013 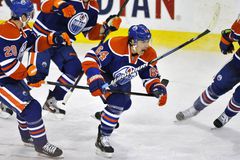