The NHL lockout has entered its WWE phase, in which the promoters (stuck for a new storyline) come up with snappy new permutations for the talks between obstinate owners and petulant players.

Today is the collective bargaining version of The Royal Rumble. A handful of high-profile players (led by face Sidney Crosby) hop in the ring with six owners (led by noted heel Jeremy Jacobs). The winner will be the first team to tap out on the head of a fan who thinks any of this matters anymore.

This format proved so novel, so intriguing that a Boston TV reporter began hallucinating that the lockout would end today or tomorrow. Followed, in close order, by pigs flying, Don Cherry doing Casual Saturdays and Ireland sinking into the ocean. But it's as good a story as we've gotten lately.

As we suggested before the two sides got to dissing one another, there's only one issue left. The money gap is so insignificant now as to be laughable. The deal clincher will come when owners give the players a takeaway from the talks to compensate for all the money the players have lost.

Parking money, pet insurance, three weeks' holidays at the Playboy mansion. It doesn't matter what issue, just toss he players a bone so they can hold their noggins high and return to work.

So far, the owners' biblical approach is more like " you must attack that town and completely destroy all its inhabitants, as well as all the livestock. Then you must pile all the plunder in the middle of the street and burn it. Put the entire town to the torch as a burnt offering" (Deuteronomy 13:13-19). All the while holding their fingers in their ears and going "La-la-la-la, I can't hear you" to their broadcast and corporate partners.

Not a great recipe for compromise, we'll grant you. But maybe the TV guy in Boston is right. What have we got to lose except a ladder math between Crosby and commissioner Gary Bettman.

@DenisGorman Don't fret, #NHL fans @NHLNetwork is going to have a Christmas special. It's titled A Jeremy Jacobs Christmas

We don't remember asking for it, but NBC's Bob Costas kindly offered his opinion on gun control laws in the U.S. on Sunday in the wake of the Javon Belcher tragedy. Costas took advantage of his usual snooze editorial space on Football Night In America to venture that, had there not be a gun available, Belcher and the 22-year-old mother of his child Kasandra Perkins would be alive today.

He also stated that no sports star has ever been protected by having a gun in his possession. How he could know this with certainty was not explained in the 93-second screed. Why he thought the day after the murde r/ suicide and during a football game was the time to extemporize on gun control is also unclear. But Costas takes himself very seriously, so we're sure he had his reasons.

We think gun control is a very complex issue in both the U.S. ( see "Operation Fast & Furious" ) and Canada. And that there needs to be continuing dialogue between gun owners and the rest of the public about their weapons.

But the raw moments after such a terrible act as we saw in Kansas City are not the time for a sportscaster to do a drive-by generalization about the issue.

@beneverill Steve Bowditch: What I just went through, I wouldn't wish that on anyone. #qschool

We're sure going to miss the meat grinder of golf, better know as Q-School. The final exercise in annual angst wrapped up Monday with Korean household name Dong-hwan Lee as the final medalist, guaranteeing he gets one of 26 cards on the PGA Tour in 2013.

Next year, the geniuses at the PGA are taking away our 12 Stations of the Golfing Cross, replacing it with something that sounds more like a self-empowerment seminar than the extended eye gouge that was the four levels of Q-School.

How tense does it get in the sixth and final round? We got to see lefty Edward Loar, who at times led the standings, play Sea Hunt on his back nine, going into the drink twice for double-bogey, bogey and a free ride on the snake back to the Web.com Tour.

Then there was 17-year-old Si Woo Kim, who won his card but can't claim it till he turns 18 next summer. And Edward Meierdierks, who won his card despite having his father pass away five days before qualifying began.

Canadian Brad Fritsch got his Purple heart... er, Tour card. The Edmonton product flirted with Lee's lead for a time before settling for a tie for seventh. Fritsch was playing with house money this week, having already qualified for his Tour card based on his Web.com Tour results in 2012. He decided to put his fingers in the Q-School fan to see if he could boost his chances at getting into more tournaments in 2013.

The other six Canadians were not so lucky, with Adam Hadwin claiming the woulda', coulda', shoulda' trophy by finishing two strokes out of a card.

@RyanLavnerGC "This was a pretty exciting #QSchool. But next year's event figures to be even more dramatic." – No one. 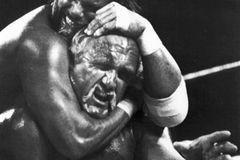 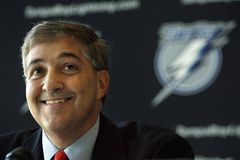 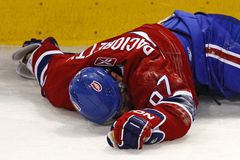 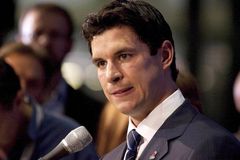 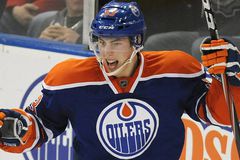