In the third period of Tuesday's game in Vancouver, Phoenix's Kyle Chipchura and Dale Weise of the Canucks spontaneously combusted in anger, throwing vicious haymakers at each other's head in the time-honoured tradition. The crowd at Rogers Arena leapt to its feet in excitement. After a flurry of punches, Weise headed to the penalty box with a fat lip while Chipchura nursed a bloody nose.

Fighting is part of the NHL experience, a sideshow attraction more than a century old and still going strong. Sure, there was more strategy than anger involved when Weise and Chipchura tangled, but as fighting proponents insist, nobody gets up to leave an NHL arena during a fight. Those who like it, like it a lot.

The problem with this century-old tradition is that it's running up against reality. How can a league bent on eliminating head shots and concussions still pretend that punching someone in the head is consistent with safety?

The two goals are not compatible, of course. Like the tobacco industry in its prime, hockey can torture logic with a breathtaking efficiency to say that fighting and head safety can co-exist. Some of its most garbled logic in this regard is regurgitated by the fourth estate.

Wednesday, Sportsnet's Insider segment addressed the subject of fighting safety with its NHL experts. The answers illuminate the league's ambivalent attitude to the risks of punching opponents in the head– and the media's role in perpetuating it.

Former NHL general manger Neil Smith adopted the "benign" impact theory. "Concussions rarely are inflicted from fisticuffs in hockey," Smith insisted in the Insider segment. "The jarring effect due to the skating speed is what leads to most concussions."

Former TV producer and NHL executive John Shannon contradicted Smith's victimless statistics. But Shannon added the "willing participant" angle. "While fighting is responsible for 25 per cent of concussions," Shannon said, "as distasteful as it may be to some, [it] involves two willing combatants."

Finally, there was journalist Scott Morrison, who calls the NHL double standard "hypocrisy". "Many still view it as a strategy, a momentum changer, a release valve and that it generally involves two players prepared for the blows. I get it, though, it is still a head shot, but that is the rationale." Morrison, like Shannon, advocates the one-step-at-a-time approach, getting rid of high-speed head shots before dealing with fighting.

The reality about the danger of fighting is that hockey's strategy involves the crossing of fingers and toes, praying that the inevitable disaster from a fight never occurs. Or, when it does, it occurs on someone else's watch. Shannon's 25 per cent concussion figure dissolves Smith's take about no one getting hurt in fights. And prefigures some inevitable tragedy if things don't change.

Shannon's "willing participant" logic attempts to shift ultimate responsibility to the player who accepts the fight. Yes, players assume the risks which include everything from split lips to a lifetime of post concussion nightmares.

But as we've learned from reality TV, people will do just about anything for fame and money if it's offered. Those "willing" fighters know that the day they decline a fight, their job and income are gone. That sounds more like coercion than willingness.

Finally, Morrison nails the essence of fighting in hockey when he calls it a coaching strategy. While football, baseball and basketball coaches must get by without employing this crude motivational tool, hockey gives its coaches full rein to inspire their team with a little blood, guts and loss of cognitive function. Using fighting to pump up your team insults the sport and the business of coaching.

Fighting is hockey's equivalent of not inhaling. It's a ticking bomb waiting to go off. Better that the NHL admit its double standard than create this boatload of tripe, one willingly adopted by the embedded media in the game.

Mantegna no fan of Canadians

First it was the Argo snub for Canadian pride.

Now, actor Joe Mantegna, says that the demise of celebrities singing Take Me Out To The Ball Game at Chicago's Wrigley Field is due to "Joe Schmo who won an Oscar, is from Canada and hates baseball."

Mantegna, who wrote a play Bleacher Bums about life in the left field stands at the Cubs home park, did not specify whether he was talking about Christopher Plummer or the Ikea monkey. But apparently he thinks that the tradition has worn thin when Canadians can get on mike in the seventh inning stretch.

The Cubs agree and have cancelled the celebrity parade at Cubs home games.

No word on what Argo director Ben Affleck thinks. But then, he's a Red Sox fan.

Dowbiggin: Realignment should make Leafs happy but may be death knell for Jackets
February 26, 2013 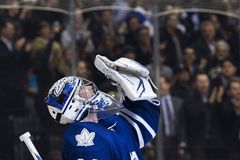 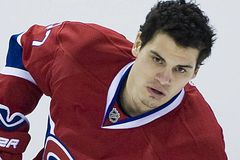 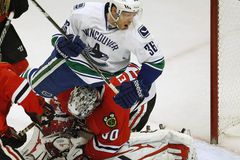 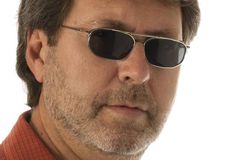 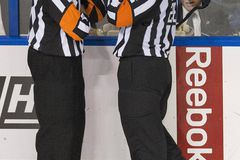