It is highly unlikely likely the Toronto Argonauts will be playing home games next season at BMO Field, the 20,000-seat home of Major League Soccer's Toronto FC.

CFL sources say the idea of a potential Argos move to BMO Field was discussed during last week's management council meetings in Las Vegas, where team presidents and GM's met to go over league business. While no formal vote was taken, sources say there was a "strong consensus" around the table not to allow the Argos to play their games at a facility where CFL field dimensions would have to be altered.

The notion of moving the Argos to BMO Field was presented by Argos co-owners Howard Sokolowski and David Cynamon last month at a CFL board meeting before the Grey Cup in Calgary. The league deferred any decision on the matter until a feasibility study could be conducted to gauge such things as the size of locker rooms, media facilities and field dimensions.

That study is now complete but may not be put to a board of governors vote before the seasonal holiday period.

However, given the expression at last week's executive council, no one seems to be anticipating the Argos playing the 2010 season at BMO Field.

While details of the feasibility study have not been disclosed, it is believed playing CFL games at BMO would require altering the field dimensions significantly, either with a 100-yard field between the end zones, instead of 110, or with end zones that are considerably shorter than the standard 20-yard depth.

Either of those options is unpalatable to executives with the CFL's other seven teams, according to multiple sources.

All of which could factor into whether Cynamon and Sokolowski decide to remain Argos owners for a seventh season. The pair have said they want to keep the team and work toward developing an economically viable model for a franchise that has not turned a profit in two decades.

Despite averaging more than 26,000 fans at Rogers Centre, the duo see creating demand for tickets by playing at the 20,000-seat BMO Field as part of the long-term solution.

Among the many challenges of the Argos moving to BMO is that the facility's other tenants - Toronto FC and the Canadian Soccer Association - don't want them there.

Maple Leaf Sports and Entertainment, owners of Toronto FC, are installing a $5-million natural surface for next season. The CSA, in recent weeks, met with Toronto city officials to express its concern about the publicly-owned soccer-only facility being shared with the Argos, in particular the effect it would have on the turf.

While stating their desire to move to BMO, the Argos have been continuing to sell and renew season tickets this off-season for 2010 games at the Rogers Centre.

However, the team has no lease in place, and its hope of moving to BMO came as news last month to Rogers Communications, which owns the domed stadium.

The Argos have been paying minimal rent at Rogers Centre in recent seasons, although there's no assurance the team will be welcomed under the same terms for next season and beyond.

"We don't have a lease at the present time but we'll sit down with [the Argos] and work one out with them they want," said Paul Beeston, president and CEO of the Toronto Blue Jays and Rogers Centre. "When the CFL decides whether they'll bless BMO, we'll have that discussion … The bottom line is we're waiting for them. It's their call."

The CFL is actively trying to get a resolution to the Argos ownership situation, as B.C. Lions owners David Braley waits in the wings to take over the franchise if Cynamon and Sokolowski decide they don't want to operate it next season. 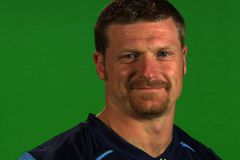