Hired to a six-week internship coaching the Arizona Cardinals' linebackers during training camp and the preseason, Jen Welter is still a long way from becoming the NFL's first full-time female coach. Yet when the news landed this week, the small population of women coaching in this male-dominated sport felt a door open ever so slightly.

Welter played football for 15 years. That included a world championship with the U.S. women's team and as a running back and special-teams player for the Texas Revolution, a men's pro team in the Champions Indoor Football League for whom she went on to coach linebackers last season. The Cardinals made the 37-year-old, who also has a PhD in psychology, the first woman to coach in any capacity in NFL history. Head coach Bruce Arians called her a "trailblazer."

Most coaches and general managers in professional football say they've never come across a female coach at any level of men's or boy's football, nor have they ever received a résumé from one. But they do exist in small numbers, and while not all of them aspire to coach in the pros, they recognize the spotlight that Welter provides and say small opportunities exist if you look for them.

Take Donna Welch, who grew up adoring the sport in football-mad Munday, Tex., but whose father believed good Southern girls had no place in it. Still, she could draw every play she watched her high school team run or write scouting reports on the opposition. She then joined the marching band at West Texas A&M University just so she could attend football games.

When Welch became a high school teacher, she coached a state championship girls' wrestling team, and joined the staff of the boy's football team, coaching receivers and quarterbacks. Contacts she made there eventually landed the teacher a spot as the special-teams coach of the Amarillo Venom of the same men's arena league that employed Welter. It's a league that has a female commissioner, as well as a handful of women in ownership and management.

"When they first see a woman hanging around the sidelines, some people question your motives, like 'Why do you want to spend so much time hanging around all these men or boys?'" said Welch, who still teaches school and coaches the Venom, with whom she's won two league championships. "They soon saw I had good intentions, passion for football and I could do a job. It's very exciting that Jen Welter has found this opportunity. I've been teaching a long time, and I'm close to retiring now, but I hope this opens the door for young females who play today and love the sport as much as I did when I was young."

Then there's Shirley Benson, an Edmonton firefighter who grew up an avid CFL fan, but didn't start playing until she found a local women's team at age 40. A quick study at centre, she played for Canada's women's tackle team at the world championships six years later.

From there, a high school boys' team in Westlock, Alta., made her its offensive line coach and assistant offensive co-ordinator for the past five years. She has done coaching mentorships with the male staffs of the Canada women's team and a boys' major junior team, the Saskatoon Hilltops of the Canadian Junior Football League's Prairie Conference.

"I'm an in-your-face coach, a disciplinarian; I'm not a coddler, and I think everyone has their own coaching style that corresponds with their personality, not their gender," Benson said. "I think this story with the Cardinals shows that if you want it, you should go get the qualifications, and then look for opportunities. Football Canada and the Prairie Conference, for instance, are being very progressive."

Women are gaining experience as players and coaches in a number of semi-pro leagues in the United States and in the eight-team Western Women's Canadian Football League.

The Cardinals' news this week coincides with other recent small inroads for women into men's pro sports. Sarah Thomas has been announced as the NFL's first female official. Becky Hammon was hired to be an assistant coach for the NBA's San Antonio Spurs last season, and, as the Spurs' summer league head coach, recently led the team to a summer championship. Friday, Nancy Lieberman accepted her second coaching job in men's pro basketball, this one as an assistant with the Sacramento Kings.

"Jen Welter is the real deal; and not the kind of woman who would allow herself to be part of some publicity stunt," said Lieberman, a friend of Welter's, reached by phone a day before rumours of the Kings' hire began. "You can get as qualified as possible, but you still need someone to step out and give you an opportunity."

Of course, young male coaches are given these opportunities throughout pro and college football every year, but few of them turn immediately into full-time jobs. Most do apprenticeships for years before landing permanent positions.

"I think it's about time a woman was given a shot, but if she comes in and doesn't know what she's talking about, it will allow negative things to creep in, like guys might make stupid inappropriate jokes and won't take her seriously," said Toronto Argonauts defensive lineman Ricky Foley, who added that he had a female basketball coach in high school who was very well respected. "If she knows what she's talking about and shows her knowledge, I think it won't take very long until she's just 'coach.' Fairly or unfairly, I think she will have to know her stuff more than a male coach would entering that situation."

The NFL has made efforts in recent years to appeal to women, such as apparel designed specifically for female fans, teams wearing pink for breast cancer awareness, or public-service ads aimed at stamping out domestic violence in the aftermath of last year's scandal with Ray Rice. In light of that, some have speculated that Welter's hiring may just be tokenism.

Others in pro football, away from the cameras and voice recorders, express very different sentiments. Coaches are fired so often, some warn; who wants the scrutiny that could come along with firing a female coach? Some fear possible gender discrimination lawsuits or worry a female would change the dynamic of their team or bring the outside distractions of the media.

"I didn't even dream that it was possible," Welters said in her news conference with the team. "Bruce had to get all of the right yeses to make it happen … it was his belief that the Arizona Cardinals would be the team that could handle this, that he has coaches on his staff that would embrace it and not cast me off to the side."

How women are breaching ‘the last bastion of maleness’ in sports
July 31, 2015 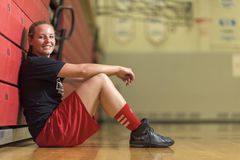 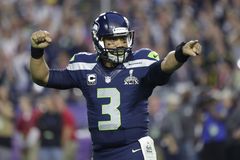 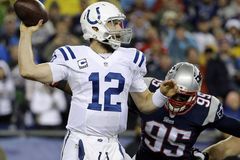