Toronto Argonauts general manager Jim Popp lost out on the Bo Levi Mitchell sweepstakes, but it wasn’t for a lack of trying.

Toronto, Calgary and the Saskatchewan Roughriders were all in the running for Mitchell, the CFL’s outstanding player last season who eventually signed a four-year deal reportedly worth $2.8-million Tuesday to remain with the Stampeders. But Popp said the Argos’ four-year offer was for $500,000 more.

“We made a tremendous offer but that was the only way it [Mitchell coming to Toronto] was going to happen,” Popp said. “He left a lot of money on the table but we thought it would be a great thing not just for our team but the CFL to have Bo in Toronto and we took that calculated risk.

“Look, we would’ve had to make some adjustments to our team to accommodate him and we wouldn’t have been able to sign any free agents. If he’s happy and content where he is, that’s great for the CFL he stayed in the CFL, but we made every push we could.”

Mitchell, Edmonton’s Mike Reilly and Ottawa’s Trevor Harris were the top quarterbacks available in free agency. Reilly did the expected, signing a lucrative four-year, $2.9-million deal ($725,000 average) with the BC Lions. Popp said he inquired about Harris but was told the 32-year-old was joining the Edmonton Eskimos.

Compounding matters, Popp said, is CFL general managers having no idea what the 2019 salary cap will be. It was $5.2-million last year but the present collective bargaining agreement expires in May, so the new figure must still be negotiated by the league and CFL Players’ Association.

“I think everybody is operating differently on what it could be … no one knows,” he said. “That made it very difficult [Tuesday] because you’re trying to operate on what it might be.

It was veteran Ricky Ray who led Toronto to its improbable championship run but he missed most of last season with a neck injury. Popp said Ray continues to undergo tests this off-season and still hasn’t decided his CFL future.

“For us, the biggest needle-mover was Bo,” Popp said. “We were trying to land the big fish and kind of had to put everything on hold until we knew whether or not we were getting him.

“Some players we might’ve had an interest in or shot at signed elsewhere while we were waiting but there’s nothing really you can do.”

Once Mitchell had signed, Popp pursued one-time Lions starter Jonathon Jennings. Toronto and Ottawa were both in the running before Jennings settled on the Redblacks.

A quarterback still on the open market is former Lions star Travis Lulay. But it’s unclear if the 36-year-old, who has endured a number of injuries over his career, is interested in moving East as a backup and mentor.

“Travis has worked with [new offensive co-ordinator/QB coach] Jacques Chapdelaine and [offensive line coach] Dan Dorazio,” Popp said. “He knows our system and could be a great mentor and help James and these guys who are up and coming and play that role if he wants to do that.

“There are so many domino effects to all this … and that’s still to be determined.”

Popp has shifted his attention toward former Edmonton receiver Derel Walker, the CFL’s top rookie in 2015 who missed time last year with a knee injury. Popp said Walker was in Toronto on Wednesday and had undergone a medical with team doctors.

Walker was scheduled to watch the NBA’s Toronto Raptors play host to the Washington Wizards with Argos officials Wednesday night.

“Hopefully we can announce Derel Walker is part of the Toronto Argonauts also,” Popp said.

Walker (297 catches, 4,208 yards, 26 TDs over four seasons with Edmonton) would be a nice addition to a Toronto receiving corps that includes veterans S.J. Green (83 catches, 1,095 yards, four TDs) and Armanti Edwards (73 catches, 974 yards, four TDs). But Popp disagreed with the suggestion a healthy Walker would provide the Argos with a much-needed deep threat.

“That’s a perception because we don’t have speed,” Popp said. “It’s easy for media to say that because we never threw the ball downfield, that was never Marc’s [former Argos head coach Marc Trestman] MO.

“There are people here who can get deep. We just didn’t play that system.” 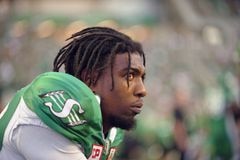 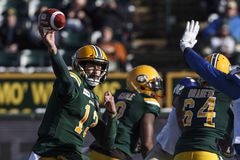 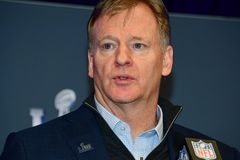