At six foot five and 275 pounds, Duvernay-Tardif was an impressive physical specimen when he enrolled at the Montreal university in 2010. What’s more, the defensive lineman had been accepted into the McGill’s medical school.

“Any time you get someone six foot five and around 275 pounds who’s able to get into McGill, you have a couple of adult beverages because it’s unusual for that to happen,” said Wolfe, knowing it’s common for Quebec’s top recruits to opt for more successful football programs at the University of Montreal or Laval.

“He’s a rare bird in that he’s someone who had big talent and big potential at that time as well as the academics to not just get into McGill but be accepted into medicine.

“When he was ultimately accepted we were real happy, but we had no idea how talented he was going to become.”

Ten years later, the hulking Duvernay-Tardif has reached the top of his profession – landing a spot in the Super Bowl to cap his sixth season in the NFL with the Kansas City Chiefs.

The 28-year-old native of Mont-Sainte-Hilaire, Que., who now weighs 321 pounds, will start at right guard for the Chiefs when they face the San Francisco 49ers on Feb. 2 in Miami.

However, Duvernay-Tardif’s budding career nearly ended before he played a down of university football. Many at McGill advised him against trying to combine football with medical school.

“He didn’t want to leave football completely,” Wolfe said. “So he asked if he could come out once a week and see how it would go and perhaps down the road, a couple of years later, he might have a chance to play a significant role.

“Two weeks after classes had started he came into my office and said, ‘Coach, I can handle both so if you’re willing I’m ready to be a full-time football player.’ ”

The then-Redmen (McGill’s men’s teams ditched the name last year) switched Durvernay-Tardif to offence, something he did with ease. He secured All-Canadian honours (2012-13) and the J.P. Metras Trophy (2013) as Canadian university football’s top lineman.

He also earned a nickname from his teammates.

“They called him Dr. Death because he was a medical student who’d finish every play,” said Wolfe, who spent 24 seasons as a Canadian university head coach at Acadia (1983-2002) and McGill (2007-11) and is now a high-school coach in his native Montreal.

“You can’t be as good as he is without having a real toughness and desire to move people. Not to hurt them but dominate them so he became Dr. Death.”

Off the field, Duvernay-Tardif could be a terror around campus.

“As big as he was, he’d skateboard around campus and you’d want to get out of the way,” Wolfe said with a chuckle. “Not that he was looking to block anybody from med school [or] the gym but that was a big, big body on a skateboard.”

The NFL took notice of Duvernay-Tardif in March, 2014, with nine teams attending his pro day. Two months later, the Chiefs drafted him in the sixth round, No. 200 over all.

After cracking Kansas City’s starting lineup in 2015, Duvernay-Tardif signed a five-year, US$42.36-million contract extension with the Chiefs on Feb. 28, 2017. The deal included US$20.20-million guaranteed and a US$10-million signing bonus.

Despite the windfall, Duvernay-Tardif remained in school. In May 2018, he graduated from McGill’s Faculty of Medicine as a doctor in medicine and master in surgery, becoming just the fourth NFL player – and only active one – to become a medical graduate.

Duvernay-Tardif’s life experiences involve much more than just football and medicine, however. In 1999 and again in ‘06, Duvernay-Tardif’s parents took him and his two younger sisters on year-long sailing trips along the American east coast and through the Caribbean.

The children were home-schooled along the way and the family often ate fish they’d caught themselves. Duvernay-Tardif clearly was comfortable on the water. In his younger days, he competed in sailing and served as an instructor.

“I’ve never asked him this but my guess is football was a way to balance his life,” Wolfe said. “He had so many things going on but football was important, being part of a team, I think, was very important to him.”

Duvernay-Tardif often arrived at McGill’s morning meetings with food for his offensive teammates. Offensive linemen received items from Duvernay-Tardif’s family bakery and fruit while the remainder of the offensive unit got just fruit.

“Between plays in practice, he can be joking with a guy,” Wolfe said. “But snap to whistle, nobody is more intense, no one is tougher.

“He’s got a special ability to be a real, real nice human being but you don’t want to be lining up in front of him on game day.”

“He certainly can be charming, but he’s also very serious-minded,” said Delaney, who’s also the head physician of Major League Soccer’s Montreal Impact and a doctor for the CFL’s Montreal Alouettes. “Often you’re delivering bad news to patients and he can do that and do it in a very sympathetic and compassionate way.

“Patients will sense insincerity immediately when you’re dealing with difficult and sometimes tragic situations. He cares about people and it comes through when he’s dealing with them every day in the hospital. But he also puts in the work and it shows because no amount of charm or charisma is going to teach you what to do, what medication to give or what procedure must be done.”

“He’s certainly a bit battle hardened already, which is a good thing,” he said. “I’m sure playing before 75,000 people, doing interviews and being put in the spotlight has helped him either become desensitized or used to it.

“But he doesn’t become shell-shocked. He’s able to think through the clouds of stress that sometimes distort people’s judgments and make as good a decision as possible in the moment.”

Delaney admits an NFL offensive lineman cuts an imposing figure as a doctor, even among other pro athletes. “I took him to the Montreal Canadiens to do some preseason physicals,” Delaney said. “These are pro athletes, millionaires, and they’re big guys too.

“But I remember two guys after saying, ‘Did you shake that guy’s hand? It was like shaking a baked ham. All I felt was a slab of muscle. Who was that guy?’ So even these professional NHL players were just impressed with his size.”

Wolfe, for one, had planned to watch the Super Bowl long before the Chiefs punched their ticket to the game. But now, he’s looking forward to it even more.

“There aren’t many NFL games I don’t get to see unless I’m coaching at that time,” he said. “But this one will be special, for sure.”

Eli Manning retires from NFL after 16 seasons with Giants
January 24, 2020 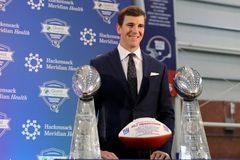 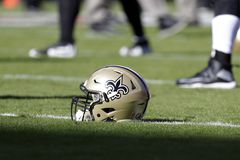 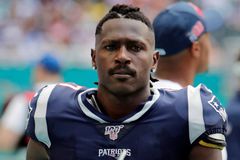