Canadian quarterback Brandon Bridge has shifted his focus from football to police work.

Peel Regional Police announced Friday the 27-year-old from Mississauga, Ont., is pursuing a career in policing. Bridge has spent the past five years in the CFL, where Canadian quarterbacks have long struggled to maintain jobs.

“It’s not going to be a part-time job, no,” said Supt. Sean McKenna, a 30-plus year veteran of the force who also coached Bridge during his minor football career and knows his family well.

“He was seriously considering it when B.C. came with the end-of-the-season offer last year.

“He and I have been discussing his long-term career for, I’d say, about three, four years now. He’s a smart young man and knows it doesn’t matter how successful you are in pro sports, it’s kind of the thing you do before your life’s work.”

A CFL source said Friday that Bridge hasn’t closed the door entirely on football. The source added if an opportunity arose, Bridge would consider it and go from there.

Bridge became a CFL free agent Feb. 11 and had discussions with multiple clubs. However, he reportedly hasn’t received an offer currently that would make him put a career in policing on hold.

McKenna estimates he has recruited upwards of 15 former football players into emergency services. He said former athletes have many qualities that serve them well in those lines of work.

“I find kids who’re involved in sports have the self-discipline and composure sometimes well beyond their years,” he said. “When you know them as young men and teenagers, you get to see what their leadership qualities are like, how they work well under pressure, how they react when they’re unsuccessful as much as successful.”

McKenna said Bridge has all the tools to be successful in his second career.

“You’re looking at someone who knows how to lead people,” McKenna said. “He can handle adversity, he’s going to be cool under pressure.

“I want people who’re capable of de-escalating and that’s what it’s all about now. And the added bonus, I’ve been able to tap in through my coaching and community involvement to kids that are more reflective of our community and that is a huge thing for us at Peel Police.”

Canadian quarterbacks face a tough challenge at the pro level. Bridge was one of the higher-profile Canadian QBs to get a shot in recent years and he not only accepted and shouldered the challenge, he owned it.

“Obviously, it has been such a long time,” Bridge said after leading Saskatchewan past Hamilton 27-19 on Sept 15, 2017, his first start for the Roughriders. “I’m trying to open up doors for the younger generation who are Canadians who want to play quarterback.

“I’m trying to lay that first stone so it’s an easier path for them.”

Bridge wasn’t available for comment Friday. But others took to social media to wish him well.

“If you run my plates let me walk, appreciate you fam.”

Bridge began his collegiate career at Alcorn State University in Mississippi in 2010. Over two seasons there, Bridge completed 199-of-389 passes (51.2 per cent) for 2,718 yards with 24 TDs and 17 interceptions while rushing for 568 yards on 159 carries with 10 TDs before transferring to South Alabama.

Montreal selected Bridge in the fourth round of the 2015 CFL draft. Bridge attended the ‘15 NFL combine but was bypassed in the draft. He attended the Dallas Cowboys rookie mini-camp, however wasn’t offered a contract.

Bridge began his CFL career third on Montreal’s depth chart. He made his league debut June 25, 2015 after injuries to Americans Jonathan Crompton and Dan LeFevour, completing five-of-10 passes for 62 yards and an interception in a 20-16 home loss to Ottawa.

Bridge became the first Canadian quarterback to appear in a CFL regular-season game since Danny Brannagan in 2010.

Bridge was released by Montreal on Aug. 1, 2016, but signed with Saskatchewan just over a week later. He completed 21-of-31 passes for 231 yards and three touchdowns in the victory over Hamilton, becoming the first Canadian quarterback to throw three TDs in a game since Greg Vavra in 1984.

Bridge made a career-high four regular-season starts for Saskatchewan in 2018 as well as the West Division semi-final versus Winnipeg. That made Bridge the first Canadian to start a playoff game since Gerry Dattilio in 1984. He finished 12-of-22 passing for 100 yards and an interception while rushing for a team-high 86 yards on five carries in Saskatchewan’s 23-18 loss.

Bridge signed as a free agent with Toronto following the ‘18 season but was among the Argos’ final cuts June 8. He rejoined Montreal on June 22 after starter Antonio Pipkin was injured but was released 10 days later.

The quarterback signed with B.C. on Oct. 14 after starter Mike Reilly suffered a season-ending broken wrist. Bridge played in the second half of the Lions’ regular-season finale versus Calgary, completing 14-of-22 passes for 194 yards with a TD and two interceptions in 21-16 loss.

While Bridge could be finished playing football, McKenna can see Bridge staying in the game as a coach.

“Absolutely,” he said. “The only thing I ask some of the kids I’ve been able to mentor is when your time comes, put your hand out and help the next group of people.

“That’s the kind of young man he is.” 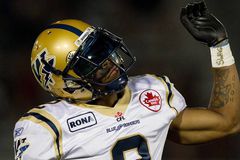 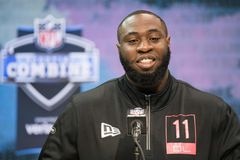 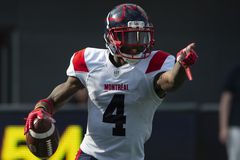