Anyone who’s spent any time in a locker room understands they are not spaces hospitable to or accepting of difference.

If a pro sports team is a hive mind, the locker room is where the hive lives. You can be different, but only if you are: a) really good; b) a veteran of many years; c) incredibly self-confident; or d) all of the above.

In the interest of self-preservation, it would be best if you are d).

In my time, I’ve been around a few pros I’d call different. All of them, to one extent or another, stood alone in the midst of their team. Not not accepted, but not accepted, either.

While players are often lovely as individuals, the hive they are part of is rarely so. Usually, it’s coarse, arbitrary and occasionally cruel. Like the worst parts of high school, but everyone’s rich.

In Major League Baseball, there’s a ritual they (unironically) call kangaroo court. The clubhouse doors are closed, a judge is appointed and he punishes his colleagues for failure to follow the rules.

Players think it’s hilarious. I think it sounds like Lord of the Flies. But that’s the difference between us and them. Most of them seem to like it that way.

Let’s just say that no professional locker room would survive an audit by the HR department at your job.

And so while I watched Las Vegas Raiders lineman Carl Nassib come out as gay on Monday – the first active NFL player ever to do so – I was thinking about the locker room.

I was thinking that once the online congratulations from a tidal wave of strangers die down in a few days, Nassib has to go back into that locker room with a bunch of guys who may not be quite as supportive.

It’s become a tired commonplace in entertainment and media to call things brave. You said something everyone you know agrees with? Brave. You wrote something mildly controversial for money? Brave. You tweeted? Brave.

To me, brave is a single mother quietly grinding away for 20 years. You don’t hear a lot about how brave those people are. But I suppose that’s her mistake for not Instagramming it.

So whenever brave is applied in a professional sports context, my instinctive reaction is a double eye roll in opposite directions.

But what Nassib has just done hits that bar.

Twenty-four hours in, it’s going pretty well. The online response to Nassib’s short video is overwhelmingly, even gushingly, positive. The same people who think everything is brave think this is really brave.

That’s the first level of this. A few attention-seeking cave dwellers may be anxious to announce themselves as bigots. But there was never much risk of a backlash amongst the blue check marks who frame such conversations these days. We live in a moment when the cultural and business elite, perhaps for the first time in human history, are big supporters of difference.

But the internet is not real life and Carl Nassib does not work at the offices of Buzzfeed. There’s a whole other series of levels coming, none of which will be publicly broadcast.

Maybe I’m painting with too broad a brush here, but those groups do not strike me as an audience unanimously receptive to Nassib’s calls for inclusion.

Clearly, Nassib is a smart, sensitive guy. Just taking the way he speaks in his announcement video – the simple, unadorned language; the directness of his message; the way he deflects your attention away from himself as soon as he’s acquired it – suggests this is a different sort of cat from your average pro.

If he’s as clued-in as he seems, Nassib must know it doesn’t get hard now. Right now is the easy part.

It gets hard as soon as people stop paying attention. That’s when the hive takes over.

Of the three things that protect the different sort of person in a locker room, Nassib has only one. He’s neither a star nor a veteran. All he has is an apparent abundance of self-confidence. He is a guy who seems unusually comfortable in his own skin.

That’s not much armour in the professional sports world I see. I can only imagine the things he is going to hear in the next little while, or the numb-skulled questions he will be asked, or the talking he will know is happening behind his back.

There’s nothing he can do about any of this but continue to be good at his job and collegial with his co-workers. Meanwhile, the supportive sections of the public will be all over him, expecting him to lead, follow, retweet and amplify. It seems inevitable that he will not meet at least a few people’s expectations in that regard.

No matter how this turns out, Nassib will have to smile through it. It is too easy to replace different sorts of people in sports, and most especially in the NFL (see under: Kaepernick, Colin).

Right now, Nassib is protected by a halo of celebrity. But he’s an average player on an average team. That particular halo will fade. And then he’s on his own.

Surely, Nassib understands that and decided to do what he did anyway. Presumably, he chose that road in the hopes that it makes the world a bit brighter for the next person. 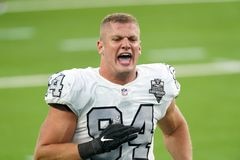 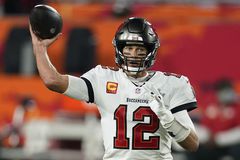 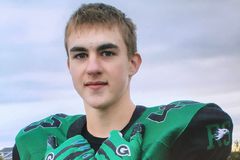