Brett Lauther will be returning home this summer.

The CFL announced Thursday it will hold a regular-season game in Halifax in July. The Toronto Argonauts will play host to the Saskatchewan Roughriders on July 25 at Huskies Stadium at Saint Mary’s University.

It will be a homecoming for Lauther, the Riders kicker and Saint Mary’s alumnus who hails from Truro, N.S. And with Regina playing host to the Grey Cup in November, Lauther has another big reason to look forward to the 2020 season.

“It’s going to be surreal,” he said. “Getting to come home and be with family and friends who’ve kind of followed me on this journey and getting to play in my own backyard is going to be something I’ll never forget.

“My first [CFL] game was in Moncton and I thought it couldn’t get better than that so I kind of feel pretty spoiled right now.”

Saskatchewan, under first-year head coach Craig Dickenson, finished atop the West Division with a 13-5 record before losing 20-13 to the eventual Grey Cup-champion Winnipeg Blue Bombers in the West final.

Toronto (4-14) missed the CFL playoffs for a second straight year. The Argos have a new head coach in Ryan Dinwiddie, a former quarterbacks coach with the Calgary Stampeders.

A three-day festival will precede the game in what the CFL says will mark its biggest Touchdown Atlantic ever.

“Our league belongs to Canadians from coast-to-coast-to-coast – and for one fabulous weekend this July, the East Coast will be its capital,” CFL commissioner Randy Ambrosie said in a statement. “We are bringing the football and the fun.

“We’re inviting everyone in Atlantic Canada to join the party, and everyone in the rest of the country to come for the game and stay for a vacation.”

The CFL said roughly 6,000 temporary seats will be installed at Huskies Stadium to boost capacity for the game to 10,000.

“We’ve got that loyal fan base that just loves it and giving up that game is tough for them, especially doing it two years in a row,” said Argos GM Mike (Pinball) Clemons. “But we’ve all been asked to have that greater vision.

“One of the most important pieces of the puzzle when you look at our growth and where we’re going is a team in Atlantic Canada. To me, truly uniting us from coast to coast is a significant sacrifice for our season-ticket holder, but it’s a small sacrifice as we look at the vision of the league and where we’re trying to go.”

Schooners Sports and Entertainment (SSE), a group trying to secure a CFL expansion franchise for Halifax, is again sponsoring the game. It did so also last year.

“The game here in 2005 had over 10,000 fans and I think having a regular-season game is super exciting,” said Bruce Bowser, a founder and owner of SSE. “We’ve been promoting Saskatchewan as a sort of a role model for what football in Atlantic Canada could look like with the fans, fan base and enthusiasm they have around the team.

Last month, Halifax Regional Municipality voted in favour of providing a one-time $20-million contribution to a proposed CFL-friendly stadium so long as it was located at a site other than Shannon Park. SSE had settled on a six- to eight-hectare site at Shannon Park, a surplus military site in north-end Dartmouth, for $110-million stadium.

But a report suggested the site lacks transportation options to get spectators to and from the venue and would need millions of dollars in infrastructure investment.

Ambrosie has remained bullish on Halifax becoming the league’s 10th franchise. But he has stated repeatedly it’s contingent on a suitable stadium being built in the largest city in Atlantic Canada.

“It’s a slow process, a lot slower than what I’m used to as an entrepreneur,” Bowser said. “We’re now out looking at other sites, we’re working very closely with the league and some of the teams to bring in their areas of expertise in buildings and team operations and management so we put the right plans together.”

Tickets will go on sale at the end of next month. Although prices weren’t announced, Ambrosie stressed the game will be affordable with an average ticket price of approximately $50.

For Lauther, a 10th team in the CFL would only reinforce what he’s continually told people across the league about the Maritimes.

“I’d like showing off where I’m from,” he said. “I always try to tell my teammates coaches and everyone else, how awesome it is out here and what it’s like.

“No one really has a chance to come out … but for me to be able to come back and at least play a couple games each year where friends and family could come see would be so special.” 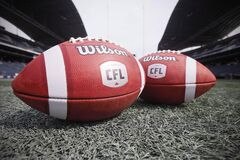 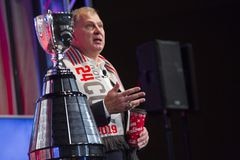 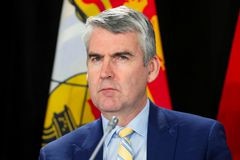