The CFL has denied a claim from the United Football Players Association suggesting the league will likely cancel its 2021 and ’22 seasons.

The UFPA made the claim Tuesday in an update posted on Twitter regarding the CFL-XFL partnership. Last week, the two leagues announced jointly they were entering serious discussions about a potential collaboration but that nothing had been formally agreed upon and talk about a merger was very premature.

But the XFL also stated it was putting its plans for a return in the spring of 2022 on hold. On Tuesday, the UFPA announced on social media there was “a strong likelihood that the CFL may cancel the 2021 and 2022 seasons as well.”

The organization concluded the update by stating: ‘We will be contacting management from both leagues to discuss what we as players should be aware of moving forward.”

Not long after, the CFL issued a statement denying the claim.

“The UFPA has no standing with the CFL,” the league stated on its Twitter account. “We, of course, bargain with the CFLPA.

“The claims being made in its name on our upcoming season are false. We plan to play this year. And we are working very hard towards playing this year. That includes working toward provincial and federal approvals for our health and safety plan.”

The CFL is planning to resume play in 2021 after cancelling the ’20 campaign due to the COVID-19 pandemic.

The CFL’s rebuttal prompted an immediate response from the UPFA.

“For the record, the only ‘claim made was that ‘multiple sources, including former and current league coaches and executives, have indicated to us that there is a strong likelihood the CFL may cancel...,” it stated on Twitter. “That is 100 per cent true. Multiple sources have done just that.

“We would love nothing more than for you to come out and say there is no chance whatsoever that either 2021 or 2022 will be cancelled and has not even been considered.

“We hope what we are hearing is not true, but when half a dozen respected individuals mention it, we feel the need to bring it to light. These are OUR jobs/opportunities. All we want as players (is) for more transparency and not to be left guessing about our futures.”

Details of the UFPA are limited. On its website, it describes itself as a “501c4 Domestic Nonprofit Corporation filed in the State of Texas that was founded by, lead, and organized by current and former professional American football players (NFL, XFL, CFL, AAF) to facilitate communication, education and empowerment of players not represented by the National Football League Players Association.”

The Association is reportedly made up for former NFL, XFL, Alliance of American Football and CFL players with the aim of negotiating benefits that are similar to those of the NFLPA. According to a source, the UPFA was formed after the XFL folded last year and ultimately filed for bankruptcy before being purchased for US$15 million by Dwayne (The Rock) Johnson, his business partner Dany Garcia and RedBird Capital Partners – a private investment firm.

The source added the UFPA was formed for players who were without a union with the focus of being an advocate for players’ rights. The Association is reportedly fighting two cases versus both the XFL and American Alliance of Football, another spring football league that folded before completing its first season of operation in 2019.

The source spoke on the condition of anonymity as the UPFA, AAF and XFL have all not divulged details of the two cases. 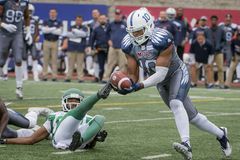 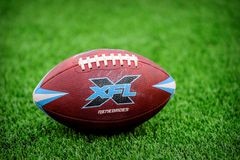 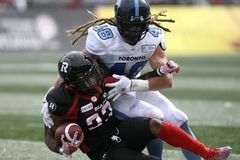