The CFL Players’ Association has fired back at the league for instructing teams not to pay off-season bonuses to players until after a new collective-bargaining agreement is ratified.

The union issued a letter on Monday to its membership requesting players refrain from participating in any activity with the CFL office. It told players to do so “until we conclude bargaining.”

The move comes after the league told its teams to withhold the payment of off-season signing bonuses until after a new contract is ratified. Former commissioner Jeffrey Orridge issued the directive in early 2017, and it’s since been supported by Randy Ambrosie, the current CFL boss.

Many CFL players have traditionally received upfront money, in the form of either a signing or roster bonus, as part of their contracts. But this year, that cash won’t be paid until after a new agreement is accepted.

“This should not come as a surprise to the CFL given their behaviour regarding the withholding of players off-season bonuses and payments,” CFLPA executive director Brian Ramsay said. “This player-led directive to focus on bargaining and not on providing player content for the league has nothing but honourable intentions.

“The CFLPA membership are rightfully put off by the league’s attitude towards its players and this action reflects that.”

The union’s request comes at a time when contact talks between the CFL and CFLPA have yet to begin. On Saturday, Ambrosie said the expectation is for negotiations to begin at some point in March.

“Look, I think we’re all anxious,” Ambrosie said. “I really am looking forward to sitting down with the players and sharing a vision for a bigger CFL and one where our players, coaches, teams and fans can all benefit from.”

The current collective-bargaining agreement is set to expire in May.

In the letter, the CFLPA said it’s instituting the initiative at the players’ request.

“When we polled the CFLPA membership, you overwhelmingly told us that collectively we should stop making appearances for the CFL until we finalize a new collective agreement,” the letter stated.

However, the union isn’t stopping its players from participating in team functions.

“Players who are asked by their team to participate in local community-driven or local charitable events are encouraged to do so while wearing CFLPA gear rather than team gear,” the letter stated. “We will continue to be active at local school visits, local events and throughout our communities to engage with fans.

“In fact, we plan on being more active in our communities to show the same support those communities continue to show us.”

“That will help us continue our momentum as a players’ association and show the same support and respect for our communities that they continue to show us – even while we are seeking fair treatment and respect from the CFL,” it stated.

In 2014, contract talks between the league and players were contentious. Negotiations broke down several times and there was even a threat of a players’ strike before both sides hammered out a five-year agreement.

CFL players have gone on strike before. The first – and most recent – time was 1974, but the situation was settled prior to the start of the regular season. A look at the top players to watch as CFL free agency is set to begin
Subscriber content
February 8, 2019 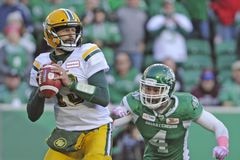 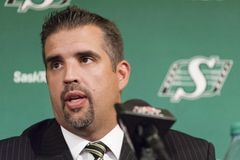