It’s been a long time coming, but Willie Jefferson and the Winnipeg Blue Bombers are finally getting the chance to defend their Grey Cup title.

Winnipeg defeated the Hamilton Tiger-Cats 33-12 in 2019 for its first CFL title since 1990. But that was also the league’s last game after it cancelled plans for an abbreviated 2020 campaign owing to the COVID-19 pandemic.

The CFL’s board of governors voted Monday in favour of starting a 14-game 2021 season on Aug. 5. And it will open with the Blue Bombers playing host to Hamilton in a Grey Cup rematch.

“It feels like we’re starting over again but at the end of the day we were the last ones to hoist that trophy,” Jefferson said during a conference call Tuesday. “We are defending champions.

“Somebody is going to want to be the champion for 2021 and we don’t want them to take it. We want to keep it in Winnipeg.”

Plenty has happened since the Bombers were presented with the Grey Cup. Offensive co-ordinator Paul LaPolice and veteran quarterback Matt Nichols are gone, with LaPolice now serving as Ottawa’s head coach and Nichols having signed with the Redblacks as a free agent.

However, the Bombers will have to wait to face LaPolice and Nichols, as Ottawa isn’t on Winnipeg’s regular-season schedule this year. Jefferson jokingly suggested that maybe LaPolice pulled strings to avoid having to face his former team.

“I guess that’s just a good thing for him just to try to stay away from us as a team … and just try to keep a loss out of that loss column,” Jefferson quipped.

The Bombers (11-7) finished third in the West Division in 2019 and advanced to the Grey Cup with road playoff wins over Calgary (35-14) and Saskatchewan (20-13). Winnipeg native Andrew Harris anchored the team’s emphatic championship victory, rushing for 134 yards and scoring two touchdowns in being the first-ever player to be named both the game MVP and top Canadian.

The 2019 season was also a stellar one for 6-foot-7, 248-pound Jefferson. The Bombers’ defensive lineman was named the league’s top defensive player after registering 24 tackles, a career-high 12 sacks, one interception and six forced fumbles.

Foremost on Jefferson’s mind is returning to Winnipeg and becoming reacquainted with everyone associated with the organization. CFL training camps are slated to open July 10.

“One of the most memorable things I will do when I get back is walk into the stadium, see my locker, see coach O’Shea [head coach Mike O’Shea], coach Rich [defensive co-ordinator Richie Hall] and seeing the other coaches,” Jefferson said. “The players, the training staff, the equipment staff and then just walking through the tunnel to the field.”

And Jefferson is also looking forward to showing younger players – including two draft classes that have yet to play a down in the CFL – the nuances of pro football.

“It’s time to become a pro,” he said. “That’s something that I can’t wait to show the young guys.

“Just being able to show them this is what it is, to step on the field and put my cleats on, put my helmet on, put my jersey on and do everything as an organization. I just can’t wait to do all of that.”

Quarterback Zach Collaros was also an important figure in Winnipeg’s championship run. The Bombers acquired the 32-year-old Stuebenville, Ohio, native from Toronto on Oct. 9, 2019, and he started their final four games – the last regular-season contest and all three in the playoffs – posting a perfect 4-0 record.

Collaros said while he’s very happy to have the chance to continue his CFL career, he admitted the uncertainty of the situation weighed on him.

“I was cautiously optimistic this was going to happen but I’d be lying to you if I said I probably didn’t think about it every day,” Collaros said. “‘What if this doesn’t happen? Should I look into doing something else? What’s my next step?’

“Nobody in our league is making money you can retire on so you’re always thinking about that next step: ‘How can I feed my family. How can you support everybody?’”

Like Jefferson, Collaros was disappointed that Winnipeg won’t play Ottawa this season.

“I’m very grateful to Paul and Matt, obviously, for their guidance when I first got there,” Collaros said. “Just being able to speak the same language with coach LaPo, being around some of the same people and being able to learn from them made it easier for us to communicate.

“Matt and I have been in the league for a long time so we’ve been around a lot of the same guys and seen the same coverages. Any time you have a veteran in the room, you talk ball with them and it makes your life a lot easier and a lot better. It was a real joy and pleasure working with those guys.”

Collaros said he spent much of his time away from the field working out and preparing for whenever a season would begin. While he’ll have to work on timing and becoming familiar with new offensive co-ordinator Buck Pierce (who remains the club’s quarterback coach), Collaros said the break had some benefits.

“Obviously, the less wear and tear you have, the longer you can play,” Collaros said. “As a football player you get hit a lot but at the same time [if] you can cut down on the wear and tear of those hits, it probably works in your favour.”

Collaros doesn’t expect enthusiasm to be lacking once training camp starts. And when the season opens, many teams will measure themselves against the defending-champion Bombers.

“I think any time you’re the defending champion you’re definitely going to have a target on your back,” Collaros said. “But I don’t think that will be an issue with the group of people we have in the locker room.

“It will be a very workmanlike environment, we’ll approach things day to day like we always have. I think obviously Hamilton is going to be a huge challenge … but we’ll be ready.”

CFL board of governors votes unanimously in favour of starting 2021 season in August
June 14, 2021 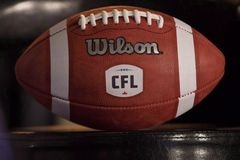 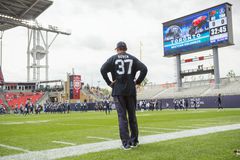 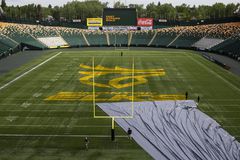