Simon Houpt
Published May 3, 2020 Updated May 4, 2020
Comments
Please log in to listen to this story. Also available in French and Mandarin. Log In Create Free Account

Last November, when CFL commissioner Randy Ambrosie opened his annual Grey Cup state-of-the-league address, he quipped to the media in attendance at Calgary’s Boyce Theatre that his chief communications guy had told him the place was a legitimate theatrical venue. “He says, you could actually put on Death of a Salesman [here], and I went, ‘Wow.’ I wonder if that isn’t foreshadowing.”

For the past three years, Ambrosie has been the CFL’s Willy Loman, out there in the blue, riding on a smile and a shoeshine. A salesman’s got to dream, they say. Or at least that’s what Willy’s neighbour Charley says in the final scene of Arthur Miller’s classic tragedy, standing at Willy’s grave. (Sorry for the spoiler, I guess?) But I’m getting ahead of myself.

A lifetime ago, Ambrosie was a scrappy offensive guard for eight seasons in the CFL, helping protect his quarterbacks from getting sacked in Calgary, Toronto and finally Edmonton, where his team won the 1993 Grey Cup. He recalled those glory days last week in a series of interviews to promote Thursday night’s CFL draft. But it was tough to take in those interviews and not think that he could have used a lineman of his own, or at least that he might have leaned on some of the canny instincts he’d cultivated back in the day.

That’s because, just as he embarked on his media tour to get fans excited about the dozens of young athletes about to be drafted, news leaked Tuesday night that the league was in discussions with the federal government for up to $150-million in assistance, supposedly to ease its pandemic-related pain.

Last Thursday, Ambrosie told Yahoo Sports that he hadn’t intended the news to go public. But, as Sportsnet reported, the league had reached out to the feds on April 2: Almost a month had passed before the news broke, so you might have thought Ambrosie and his comms folks would have at least gamed out some upbeat messaging before he got blindsided.

Instead, the CFL was caught flat-footed and forced to issue a statement on Wednesday (apparently written in such haste that it referred to itself as “the Candian Football League”), talking up its on-field “working-class heroes” – none of whom, it turns out, had been consulted on the league’s request to government. The CFL Players’ Association, as I reported, was not pleased.

Why did the league need the money? How exactly would it be spent? Would some of it go toward filling holes in the balance sheet left from ill-advised initiatives the league has made over the past few years as Ambrosie, always the salesman, has pursued international deals that have yet to bear fruit?

Is the league genuinely facing an existential threat if it doesn’t get the federal assistance, as Ambrosie suggested? Why – given the collapsing job market, and the relative lack of competition from other leagues for the talents of players and staff – wouldn’t the CFL be able to restart in 2021 (if public-health officials have cleared major-league sports events by then)? It’s not as though the infrastructure – including the nine stadiums, built largely at public expense – will be rented out to other teams.

The league wouldn’t say: It has refused all of my requests for interviews since Wednesday, and those questions seem not to have come up in any of the interviews Ambrosie has granted.

Instead, Ambrosie tried - in his folksy, gracious manner, honed over decades in sales on Bay Street after his playing career - to change the channel. He talked about how his own life had been set on a different and exciting new course when he was selected second over all in the 1985 draft.

But even that talking point was overshadowed by the CFL’s usual troubles. Two weeks ago, ESPN drew praise – and millions of viewers – for producing a slick and entertaining NFL draft show that largely overcame the technological challenges of remote broadcasts, and even offered glimpses of players in their homes, surrounded by families as their names were called.

In last week’s CFL draft, by contrast, the prospective players weren’t sent phones or other tech, so the broadcast was a drab affair featuring four TSN panelists reading out the names of the picks and then filling acres of airtime before reading the name of the next one. And it began with an upbeat, prerecorded address from Ambrosie, which he concluded by telling the Calgary Stampeders to go ahead and make their first pick. But the Stamps had already traded away their top spot to the Lions, so B.C. ended up going first.

After the week that had been, it started to feel as though the CFL couldn’t buy itself a break. Which – who knows? – may be why it wants that $150-million.

Opinion
Should sports teams close games to fans? ‘A value is not a value unless it costs you something,’ says former head of MLSE
March 11, 2020 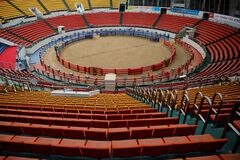 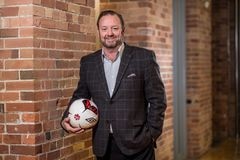 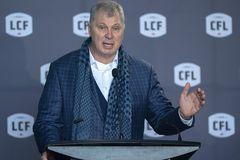