In a season full of blown leads, perhaps no team has perfected the art of the late-game collapse better than the Los Angeles Chargers.

The Chargers blew a 21-point lead in a 31-30 defeat Sunday at Denver, marking the third time this season they lost a game they led by at least 17.

Los Angeles is the first team since the 2003 Falcons to lose three times in a season after leading by 17 points or more. The rest of the NFL is a combined 52-4 when up by at least 17, compared with the 0-3 for the Chargers.

Even the wins for Los Angeles haven’t come easily as the Chargers squandered a 16-point lead two weeks ago before beating Jacksonville 39-29. That makes the Chargers the first team in NFL history to blow a lead of at least 16 points in four straight games.

While the Chargers have blown the biggest leads, there have been plenty of other teams to squander big advantages. At least one team has lost after leading by at least 13 points every week this season. The only other time that happened in the first eight weeks of a season came in 2015.

Pittsburgh, New Orleans and Tampa Bay also came back from at least 10 points down this week in wins over Baltimore, Chicago and the Giants, respectively.

There have been 26 games in all this season when a team overcame a double-digit deficit to win, tied with the 1987 season that featured three weeks of replacement players for the most comebacks through eight weeks.

The Patriots have gone three straight games without a touchdown pass for the first time since Tom Brady’s first year as the New England starter in 2001. If they fail to throw one Monday night against the Jets, it will be their first four-game stretch without a TD pass since going five in a row in 1988.

The Jets have also gone three straight games without a TD pass, meaning these teams will take the two longest active streaks into their meeting on Monday night.

According to the Elias Sports Bureau, this will be the first time since Carolina played Arizona in 2010 that two teams entered the game with a three-game streak without a TD pass. The starting QBs in that game were Jimmy Clausen and John Skelton.

The Ravens tied an NFL record by scoring at least 20 points in 30 straight regular-season games, despite losing 28-24 to Pittsburgh. Denver had held the mark with 30 straight from 2012-14 when Peyton Manning was quarterback.

Baltimore’s run started in Lamar Jackson’s first career start in 2018. But it doesn’t include the playoffs, where the Ravens were held to 17 points against the Chargers and 12 versus the Titans in home losses the past two seasons.

The Dolphins and Steelers pulled off some unlikely wins, at least based on the box scores. Miami beat the Rams 28-17 despite getting outgained by 326 yards. The last team to win with that big a discrepancy in yardage was the expansion Texans in 2002. Houston beat the Steelers 24-6 thanks to two defensive TDs despite being outgained 422-47.

Pittsburgh was on the right side of one of those oddities on Sunday. The Steelers became the sixth team since the merger to win a game despite getting outrushed by at least 200 yards in a 28-24 victory over Baltimore. The last team to do that was the Chargers in 2014 against San Francisco.

Packers head to San Francisco for another matchup with 49ers
Subscriber content
November 4, 2020 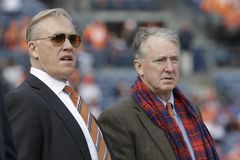 Can Falcons find yet another unique way to lose a game?
Subscriber content
October 28, 2020 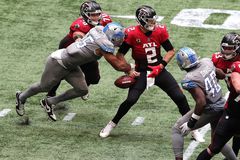