It’s a shame we can’t congregate in hordes on Sunday for Super Bowl 55, because it looks to be a classic. COVID-19 restrictions mean the showdown between veteran champion Tom Brady of the Tampa Bay Buccaneers and exploding superstar Patrick Mahomes of Kansas City will have to be experienced in our bubble, rather than shared with a group.

Call it the loneliest Super Bowl, as we forego a big gathering and watch the NFL championship at home on our own. The game will air in Canada on Sunday at 6 p.m. ET on TSN and CTV, and stream live on DAZN.

With Ontario under a stay-at-home order, bars and restaurants can’t open to what is often their largest live dining crowd of the year. For last year’s Super Bowl, Toronto’s biggest sports bar, RS (Real Sports), had a capacity crowd of 900 packed into the three-level venue to watch the game on its colossal 39-foot big screen. The staff poured 1,223 pints of beer, served 1,704 chicken wings and 845 appetizers.

Where’s the worst place to watch a Super Bowl? Try the stadium

This year RS, next to Scotiabank Arena and owned by Maple Leaf Sports & Entertainment, will be focused on creating catering packages full of new menu items themed for the two cities playing in the game, available for takeout and delivery. During the game, its in-restaurant host will interact live with fans on Instagram.

“We’re about offering people an experience, so we’ve had to get creative,” said Jessica Lawrence, general manager at Real Sports.

Chase Claypool, the Canadian wide receiver who just finished his breakout rookie season with the Pittsburgh Steelers, was asked about how the pandemic will affect his Super Bowl experience. He had tickets to see this game in Tampa Bay, but decided not to go. He’s staying home in Vancouver to watch on TV. But it won’t be his football-loving family’s traditional large Super Bowl gathering with lots of relatives and friends.

“I usually go to my auntie’s house to watch it there and we do Super Bowl squares, and a couple other games,” Claypool said in an interview. “We see how long the national anthem is going to be, what colour Gatorade will be dumped on the coach, all these fun little type games that we put like $1 or $2 on.”

He’ll still enjoy food and party games, but Claypool said he’ll likely be with his immediate family and they’ll FaceTime with others, such as his grandparents. He still plans to create some kind of interesting Super Bowl video for his 1.4 million TikTok followers.

The Bottom Line is a sports bar at Yonge and Front streets in Toronto that has held Super Bowl bashes for 25 years – upward of 250 people to watch on their 55 TVs in the 8,000-square-foot space. The bar has been closed since November, although it plans to reopen as soon as it’s allowed. Owner Wayne Cowley, a former NHL player, said his restaurant’s daily fresh fare made from scratch doesn’t travel well, so it opted against an elaborate takeout business.

Cowley remembers Super Bowl Sunday of last year, when fans from that afternoon’s Raptors game spilled into his bar. It’s always one of his favourite days there. Regulars who often just pop in for a quick beer stay for hours. His staff wear their favourite NFL jerseys, they give away prizes such as T-shirts or barbecues, and he mingles all night from table to table.

This year Cowley will spend the day at home with his family, enjoying wings and likely Zoom calls with some of those long-time friends who have spent countless Super Bowls at his bar. “We’ll get through this one way or another, and there’ll be a lot more Super Bowls for all of us,” Cowley said.

Robert MacLeod will have Sunday’s game on his big-screen TV at home in Toronto, but the retired Globe and Mail sports writer won’t be hosting his usual shindig. Most years he wakes early on Super Bowl morning to start the all-day slow-cooking of a 15-pound brisket inside his Green Egg ceramic barbecue. The tasty meat, to be piled high on fresh rye bread, combines with the heap of side dishes and snacks his family and friends create for their regular soirée. It has evolved from his first Super Bowl gathering in the late 1970s when he and a few buddies fished wieners out of a pot of boiling water at halftime.

The food will still be delicious at MacLeod’s house this year, but the big crowd of hungry friends won’t be there.

“My wife, Anita, is threatening to do something called muffuletta sandwiches, and I don’t even know what that is, but I guess we’re going to try those,” MacLeod said with a laugh. “The thing about the brisket is that it’s just better for a big crowd.”

Last year, our house was full of friends and families and the savory smells of an impromptu Super Bowl feast. People arrived with armloads of stuff and crowded into the kitchen: crock pots of chili, trays of chopped veggies, nacho chips and oozing cheesy dips. We set beers and soft drinks to chill outside. My husband made an overzealous amount of meatballs and chicken wings. The gaggle of kids played Xbox and had Nerf gun battles, popping in periodically to check the score or laugh at the commercials. We sat shoulder to shoulder on sofas and ate from heaping plates. We talked about our busy lives, hollered over plays, and dissected the Shakira and J-Lo halftime show. 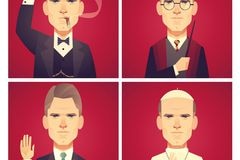 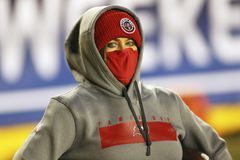