Marty Klinkenberg
Published May 4, 2020 Updated May 4, 2020
Comments
Please log in to listen to this story. Also available in French and Mandarin. Log In Create Free Account

I was a couple years out of university and a young sportswriter at The Miami News. On occasion I was sent to cover the Dolphins on our beat writer’s day off. Don Shula was the head coach, and a big deal after guiding the team to an undefeated season about a decade earlier.

He was intimidating to the journalists who covered him – and especially terrifying to someone as inexperienced as myself. He was prickly, but not arrogant and condescending in a Bill Belichick kind of way.

Shula came back to me on Monday when I learned he had died at the age of 90. He was the most successful coach in NFL history in terms of career wins, and also one of the most curious. He was a devout Catholic, and attended mass each morning.

He often slept in his office and was so focused on football that he once mistook Don Johnson for a real-life detective. When introduced to the Miami Vice star, the Hall of Fame coach thanked Johnson for the hard work he did cleaning up the streets.

One year, Shula got in trouble for shouting a word that sounded very close to “horsespit” at a referee during a Monday Night Football telecast. He could have gotten away with it except for the fact that it was captured by a microphone on the sidelines.

Charlie Nobles, who regularly covered the Dolphins for The Miami News, called the league office the next day to inquire if a fine would be levied. The NFL confirmed it would, and Charlie broke the story. This was infuriating to Shula because he had yet to have any contact with the league.

One day passed, and Shula still had not heard.

That’s when I got sent out to fill in for Charlie.

Shula was in a foul mood as he walked off the practice field. With each hour that passed, he grew increasingly angry. Everyone knew he had been fined but him.

He sat on a wooden bench surrounded by reporters, glowering. Nobody spoke. Finally he said something like, “Well, if that’s all there is …” and began to rise.

“Coach,” I butted in. “Did you open the morning mail yet?”

“I have not heard anything,” he barked in a way that was intended to leave no room for a follow-up question.

“Gosh, nothing yet?" I responded.

It was as if I’d poked him with a cattle prod.

“What did I just say?” he shouted. “Did everyone else hear what I said?"

He jumped up and walked away. I tried to dig a hole and bury myself.

But here is something important to know about Don Shula: Never did he hold a grudge. Always, after the occasional flare-up, he would try to find a quiet way to apologize.

He got mad at me one other time. I can’t remember what I’d asked, but he didn’t like it and made that obvious. Simultaneously, I got up from my seat beside him, not because I was angry but because I needed to chase down a passing player I wanted to interview.

About a half-hour later, I passed the vitriolic head coach. He nodded at me and came over. He gave me a playful punch in the arm and asked if I “had gotten everything I needed from him” that day.

It was an apology.

He had rough edges but was soft on the inside.

In 1995, he retired as the most successful coach in NFL history with 347 career wins between the regular season and playoffs combined. He had two losing seasons in 33 years. He won two Super Bowls with a bruising ground game, then changed tactics and employed the best passing offence in the league after Dan Marino was drafted.

He was accused of being old-fashioned and set in his ways near the end of his career, but the record shows he was anything but.

Belichick has a higher winning percentage, but if a Mount Rushmore of NFL coaches is ever unveiled, Shula’s jutting jawline could be the first one carved. The Dolphins had spartan training facilities even for that day. They overachieved again and again because of him.

I did not know his son David, but we went to the same high school in Hollywood, Fla. I believe I was an 11th grader when David, who went on to become the youngest head coach in the NFL, was a freshman.

On orientation day, I remember seeing Dorothy Shula, Don’s late wife, shepherding David around like every other parent.

There is one other kindness about Don Shula that really stands out. At the time, journalists would come to practice, conduct their interviews and then head to the office to write that day’s story. Often times, we realized we forgot to ask an important question.

We could call his office, leave a message with his executive assistant and, always, he found the time to call back.

He scared the crap out of me at the time, but I only look back at him with great respect. 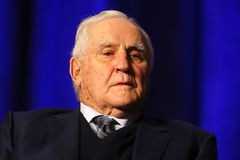