A healthy Harris won’t dress for Friday’s rematch at home against the Winnipeg Blue Bombers. Instead, Elizondo has tapped rookie backup Taylor Cornelius as the starter and Dakota Prukop comes off reserve to fill in when needed.

The moves follow Edmonton’s 30-3 loss last week to the CFL-leading Bombers (8-1), a defeat that dropped the Elks’ record to 2-6 and extended their losing skid to four games.

Winnipeg has won six straight and can become the first team to clinch a playoff spot in the shortened 14-game season with a victory Friday.

“It’s never any one person’s fault, but we’re 2-6 and we need a spark and we need to be able to do some things that we feel those two guys can do,” Elizondo said earlier this week of the QB changes.

The first-year CFL head coach said it wasn’t an easy decision because of his relationship with Harris. Elizondo was Ottawa’s offensive co-ordinator during the three seasons (2016-18) Harris was the Redblacks’ starting QB.

Harris had started last week after a two-game absence because of a neck injury. The nine-year veteran only completed nine of 22 pass attempts for 87 yards and was replaced early in the fourth quarter by Cornelius.

The last time Edmonton made a similar change with its starting QB, which wasn’t related to injury, was in 2012. It involved Steven Jyles, Kerry Joseph and Matt Nichols.

Harris was talking with Cornelius and Prukop during practices this week.

“He’s helped me a bunch since Day 1 since I got here,” Cornelius said after Thursday’s walkthrough. “I’ve got nothing but great things to say about Trevor and what he’s helped me do with my career at this point.”

He also values the trust Elizondo has shown him. The coach was his offensive co-ordinator last year with Tampa Bay in the XFL.

“You’ve got someone that believes in you like Jaime does, that gives you all the confidence in the world to just go out there and play free and play fast,” Cornelius said.

Winnipeg is already familiar with Cornelius in a starting role.

He was at the helm against the Bombers in Edmonton on Sept. 18, guiding the Elks to a third-quarter lead before falling 37-22. He finished 19-of-33 passing for 243 yards with three interceptions. He was six for 13 for 47 yards and one pick in last week’s brief appearance.

Both Harris and Cornelius are athletic, but the rookie seems to want to use his legs more, he said.

“[Cornelius] hurt us there and here as far as evading the rush and just moving the pocket, buying himself some time and keeping his eyes up field,” Ritchie said.

“I think he’s very talented. He made some nice throws and we have our work cut out for us.”

Winnipeg’s defence continues to be the top for fewest points allowed a game, averaging 12.2.

Its fourth-quarter dominance is rare. So far, it’s the only team in CFL history to not allow a touchdown in the fourth, outscoring opponents 81-6. The six points were from field goals.

If the defending Grey Cup champions clinch a playoff spot Friday, it’ll be for the fifth straight year – the club’s longest streak since 1996.

“That’s not our final goal, but that’s the first step to the goal,” Bombers receiver Nic Demski said. “That would be an amazing feeling, so we’ve got to take care of business on Friday and the rest will play out.” 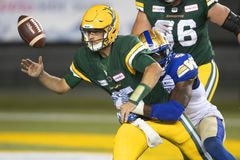 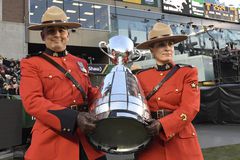 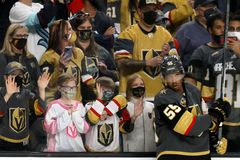