Time is of the essence for Eric Lapointe.

The former CFL running back remains interested in putting together a group to purchase the Montreal Alouettes. However, Lapointe needs to know very soon exactly what the franchise’s status is.

Lapointe said he spoke briefly by text last week with Alouettes director Andrew Wetenhall, whose father, Bob, owns the franchise. However, nothing concrete came from the conversation.

“It was very brief,” Lapointe said Tuesday. “I sent about 20 questions but he never answered.

“I’d say he seemed disappointed that maybe I was his last hope, or maybe one of his last hopes, and he was ready to sell but it seems like he’s selling to the league because there’s nothing else on the football side. There could be investors but they’re not directly connected to Andrew with any offer.”

“It doesn’t stop people from approaching us, talking to us and asking us questions,” Boivin said. “Andrew, as a savvy businessman, listens to them.

“Our owner’s primary goal is to straighten the organization and that’s what we’ve been working on in collaboration with the league.”

Two years ago, Lapointe approached the senior Wetenhall’s lawyer about either forming a partnership or selling the club outright to a local group he represented, but was turned down. Lapointe, a 44-year-old Montreal native now working in wealth management, repeated Tuesday he could quickly assemble a potential ownership group if approached but ideally would need to know this week.

“It’s not a money thing for my group,” Lapointe said. “It’s more the fact that … there needs to be changes made right away, we need to negotiate a lot of things.

“[It’s] mid-March and the draft is coming soon and you want to put a team on the field. I’m a man of my word but I’m not crazy. I can do things but we’re not going to look stupid by just being too slow.”

There’s also been talk of other groups being interested in the CFL franchise, which can further delay the process.

“If there’s people calling (Andrew Wetenhall) it’s easy to say, ’Hey, I’m interested. Let’s see the numbers,“’ Lapointe said. “And then they see the numbers and suddenly they’re not but we’ve just lost another week.

“It’s more challenging especially when I’m not retired … and if you make me waste weeks of work with no results, I’m not sure exactly why I should be doing it. That’s why I’m saying if there are other groups, can they show up because I could leave.”

The five-foot-11, 208-pound Lapointe starred collegiately at Mount Allison in Sackville, N.B. He was named Canadian university football’s top rookie in 1995 before claiming the Hec Crighton Trophy in 1996 (after rushing for a record 1,619 yards) and ‘98.

Lapointe was selected in the third round, No. 20 overall, of the ’99 CFL draft by the Edmonton Eskimos, but joined the Hamilton Tiger-Cats later that season after being released. Lapointe was traded to the Toronto Argonauts in 2000, then joined the Alouettes as a free agent in 2001.

Lapointe remained with the Alouettes through the 2006 campaign. He was inducted into the Canadian Football Hall of Fame in 2012.

Lapointe is currently a managing director with Stonegate Private Counsel in Montreal. His office assists high net-worth entrepreneurs with sustaining, growing and transitioning their wealth.

Lapointe remains confident his group could make the Alouettes work in Montreal but needs to take a serious look at the franchise’s inner workings to determine exactly what it’s dealing with. Lapointe added his investors aren’t interested in losing money or just breaking even.

“People that just want to lose money, they’re not in my group,” Lapointe said. “I’m the type of guy that protects assets and actually manages to ensure they go to the second, third generations.

“Now you put me in a situation where I could let people be excited and maybe lose money? That’s not me. I’d never recommend an investment where you have more risk than reward. I can do it with my own money, that’s a different thing.”

Early in Wetenhall’s tenure, Montreal was a CFL powerhouse. From 1999 to 2012, the franchise topped the East Division nine times and played in eight Grey Cups, winning three.

But the Alouettes’ last CFL title came in 2010. They’ve missed the playoffs the past four seasons and amassed a dismal 21-51 record over that span. 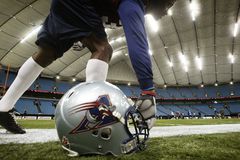 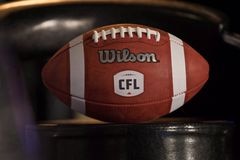 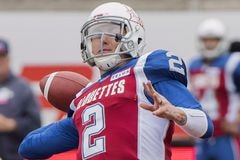