The Edmonton Eskimos have fired Jason Mass, ending the four-year run of a hot-tempered, heart-on-his-sleeve head coach who inspired his players but delivered results that, while good, were never good enough.

“The past few seasons we underachieved as a team, and that was the final decision and where that came from,” Edmonton general manager Brock Sunderland said at a news conference Wednesday at Commonwealth Stadium.

Sunderland declined to discuss specific candidates or a timeline to find the team’s next head coach. He said CFL experience would be an asset, but is not mandatory.

“We’re going to cast a wide net and ultimately come up with who we feel and I feel is the best head coach,” he said.

Maas leaves with a 39-33 regular season record and 3-3 in the playoffs. A former quarterback for Edmonton, Maas inherited a Grey Cup winner in 2015 but in the four seasons that followed with him at the helm, the team was treading water.

In that time, Edmonton missed the playoffs once, never finished higher than third in the CFL West and needed the crossover spot twice to make it to the playoffs.

It was the first head coaching job for the Wisconsin-born Maas, 44, who came to Edmonton in the fifth year of his coaching career, after working as offensive co-ordinator for the Ottawa Redblacks.

He delivered outstanding game plans, as in the quick-strike offensive aerial masterpiece over Montreal in this year’s Eastern semi-final. But that was followed a week later by Maas sticking to an ineffective run game while chasing the points and the clock in the East final loss to Hamilton.

His biggest head-scratcher was in the 2017 West Final against Calgary. Trailing by a touchdown with just less than two minutes to go inside Calgary’s 13-yard line, Mass called for a field goal instead of going for the touchdown on third and four and Edmonton, due in part to a punt fumble, never got the ball back.

This year, Edmonton finished 8-10, playing a third of the time without star quarterback Trevor Harris, beating up on fellow small-fry squads but getting thumped regularly by the CFL’s better teams.

Through the years, though, Maas was loved by his players, who said they appreciated his energy and emotion.

In 2017, then-Edmonton receiver Brandon Zylstra said, “He’s one of the best coaches I’ve ever had. He’s a player’s coach. He lets everybody be themselves. Nobody has to change or be fake or anything.”

Maas was known for his fiery temper as a player and continued that tradition in the coaching ranks, losing his cool in the heat of the game.

In 2018, in a game against Saskatchewan, he spectacularly trashed a sideline Gatorade barrel.

In 2017, against Calgary he smashed his headset on the sidelines when a replay call went against him.

In 2016, against Montreal he clashed with CFL brass. He was fined by the league when he and quarterback Mike Reilly refused to participate in a league-mandated “live microphone” game, in which they would be mic’d up during the broadcast to give fans deeper insight into the live action.

He often held himself to account for his rage, saying he would work to rein it in, especially as it sent the wrong signal to a team that, on his watch, was consistently at or near the top of the league in penalties, too many of which were of the undisciplined, after-the-whistle variety.

The mayhem wasn’t always directed to the other team. In this year’s Labour Day clash in Calgary, fans and a national TV audience watched as frustrated Edmonton defenders Vontae Diggs and Josh Johnson pushed and shoved each other right on the field.

Sunderland said penalties and team discipline were part of the debate on Maas’s future, but said, “That wasn’t the straw that broke the camel’s back.”

He said any specific criticism of Maas that led to his dismissal “is going to come across [as], for lack of a better term, mudslinging, and I don’t think this is the time or place for that.”

Maas was not immediately available for comment. But in a radio interview last week said he hoped he’d be able to finish the job he started in Edmonton.

He said the Edmonton job was “a dream opportunity” but one that was challenging given his limited coaching experience.

“It [the Edmonton job offer] was sudden and it was unexpected,” he said.

“I tried to do the best I could do, learning on the job, doing it. I’ve learned a tremendous amount.” 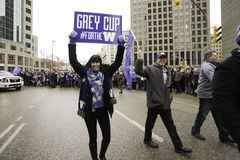 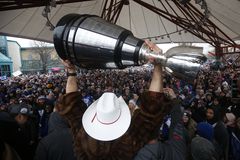 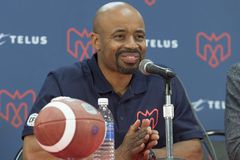