Coronavirus information
The Zero Canada Project provides resources to help you make the most of staying home.
Visit the hub
TORONTO
The Canadian Press
Published April 28, 2020 Updated April 28, 2020
Comments
Please log in to listen to this story. Also available in French and Mandarin. Log In Create Free Account

The Toronto Argonauts’ burly offensive lineman remains unsure exactly when he’ll be allowed to resume playing football. The CFL has postponed the start of training camps, which were scheduled to open next month, and said the regular season (slated to begin June 11) won’t kick off until early July, at the earliest.

That’s left Campbell and other CFL players with no shortage of questions this off-season. But the 26-year-old Toronto native said keeping a daily schedule has helped him deal with the unusual circumstance of having to spend most of his time at home.

“Honestly, I’m just keeping a schedule, that’s the easiest way for me to do it,” Campbell said. “Just create a schedule and following that every week.”

The towering 6-foot-6, 305-pound Campbell is entering his fifth season with Toronto after being selected in the third round, No. 22 over all, in the 2016 CFL draft out of York University. Campbell began 2019 as a backup but started the Argos’ final 11 regular-season contests before signing a three-year contract extension Feb. 3.

Like any off-season, Campbell’s daily schedule involves physical conditioning. But with the Argos’ facility and area gyms both closed because of the novel coronavirus outbreak, Campbell has had to become more open-minded about his training.

“I’m privileged enough to have some workout equipment so I’m able to still do my lifts at home,” Campbell said. “Obviously, it’s affected what I can do, but at the end of the day you have [to] make due with what you have.”

Traditionally, the off-season is a time for offensive linemen to get stronger by doing heavy squats, bench presses and deadlifts. Campbell has been unable to do that, instead focusing on increased reps as well as his mobility and footwork, two key elements for his position.

“If you don’t have the heaviest weight then you just do more reps and that’s what I’ve been doing,” he said. “We’re still professional athletes and we still have to prepare for the season even if we don’t know when it’s going to be.

“That [uncertainty] is the most challenging part because right now most guys are in the peak of their off-season and don’t know [what lies ahead]. It’s a challenge but it’s just kind of the world we’re in right now and we’re going to get through it. We just have to stay prepared the best we can.”

When Campbell isn’t training, he’s looking to broaden his horizons and challenge his mind.

“I’ve been doing a lot of reading and focusing on educating myself online in something [I’m] not really familiar with like the stock market and commerce,” he said. “I’m just trying to educate myself more and stay occupied with productivity.”

And usually at this time of year, Campbell would look forward to attending training camp and becoming reacquainted with teammates. Campbell readily admits it’s difficult now not knowing when that will happen.

“We’d be meeting as a group and just really challenging ourselves on the field and in the gym,” he said. “That’s probably what I miss most because we’re at that time of year and that’s what I was anticipating but it’s not what the reality is right now.”

Adding to that is the heightened sense of optimism Campbell has given Toronto’s busy off-season. The Argos have a new general manager (Mike Clemons), VP of player personnel (John Murphy) and head coach (Ryan Dinwiddie) to go with an abundance of new players, led by veteran quarterback Matt Nichols.

The changes weren’t surprising given Toronto (4-14) finished third in the East Division standings and missed the CFL playoffs for a second straight season. Predictably, Campbell remains bullish on the Argos, who were Grey Cup champions in 2017.

“I really think we have something special here,” Campbell said. “We’re excited and just want to get back to it.

CFL postpones start of 2020 season due to coronavirus pandemic
April 7, 2020 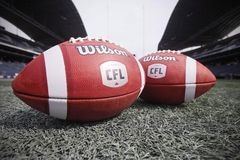 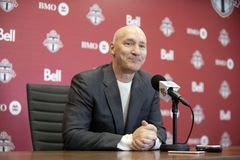 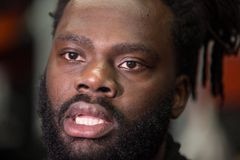