L.P. Ladouceur is hardly a household name despite having been a fixture with the Dallas Cowboys since 2005, and he’s good with that.

But the veteran long-snapper will be in the spotlight Sunday when Dallas hosts the San Francisco 49ers. That will be Ladouceur’s 251st career NFL game, moving him past veteran kicker Eddie Murray for the most ever by a Canadian.

“I’m totally fine (playing in anonymity), that’s the job and I understand the job,” Ladouceur said during a telephone interview. “It’s definitely an accomplishment but deep down there’s bigger-picture stuff (like) winning a game, getting to the playoffs and a Super Bowl.

“There’s so many things that, to me, are more important. Obviously it’s a personal accomplishment that shows Canadians can do just as well in the NFL as anybody else.”

“Mr. Ladouceur’s NFL career is both inspiring and remarkable, and it is built on perseverance and determination on and off the field,” Trudeau wrote. “His unwavering commitment to working with charity organizations such as the Parker County Center of Hope to empower the lives of many individuals is part of his enduring legacy.

“On behalf of Canadians and fans around the world, I am pleased to congratulate Mr. Ladouceur on this well-deserved recognition.”

Ladouceur, 39, of Montreal, has been a model of consistency since joining the Cowboys as a free agent during the ’05 season. He hasn’t missed a game or botched a snap (punts, converts and field goals) over his career.

“I’ve had really great holders and punters, don’t get me wrong,” Ladouceur said modestly. “I’ve had some errant snaps, they just did a great job of catching them and making me look good.

“Like everything in life, it’s a lot of practice, dedication and work ethic, pretty much everything you teach kids when they’re little. That’s how I’ve gone about my business, taking advantage of those opportunities and making the best of them, being the best I can be and hopefully help the team to win because of it.”

The Cowboys (4-9) will register just their third losing season during Ladouceur’s tenure. The six-foot-five, 256-pound Canadian has a simple explanation for his NFL longevity.

“The key is not getting hurt,” he said. “Availability is the biggest term you’ll ever hear in any pro sport. Are you available every day, every practice, every game?

“Once you become unavailable, that’s when careers end because teams have to move on if they’re only going to get 10 games out of you every year instead of 16. I think availability is the key to success in the NFL.”

Dallas stands last in the NFC East, two games behind first-place Washington (6-7) with three to play. But given NFL teams are playing during the COVID-19 pandemic, Ladouceur said 2020 has been about much more than just wins and losses.

“If you look at the big picture, we got to play football,” Ladouceur said. “I got to meet some guys who came in that I didn’t know and build a rapport and create some type of camaraderie with and try to win games.

“That’s probably what I’ll get the most out of 2020 … more what we’ve gone through and the hardships and how we’ve moved on and succeeded through all this chaos.”

“Congratulations on breaking a record I didn’t know I had,” Murray quipped. “It’s good to be associated with this record and I wish you all the best.”

Kickers Shaun Suisham, of Wallaceburg, Ont., and Mike Vanderjagt, of Oakville, Ont., were both on the receiving end of Ladouceur snaps in Dallas. In fact, Suisham has taken some credit for Ladouceur being a Cowboy.

Suisham was with the club in 2005 when it needed a long-snapper and relayed that information to agent Gil Scott, who also represents Ladouceur.

“The life of an NFL specialist can be fragile,” Suisham said. “Kickers, punters, and long-snappers are often easily replaced due to a bad kick or snap.

“It’s an unbelievable accomplishment and a true testament to his consistency as a player to play 251 games and 16 seasons all with the Dallas Cowboys. We started together as teammates in 2005 and I continue to cheer him on.”

Suisham played in 128 career NFL games – ninth-most among Canadians – with three teams, including Dallas twice. Veteran punter Jon Ryan of Regina spent the ’19 season with the CFL’s Saskatchewan Roughriders after playing in 191 career NFL contests (No. 4 among Canadians) with Green Bay and Seattle.

“L.P. will go down in NFL history as one of the best long-snappers to ever do it,” Suisham said. “He’s as close to automatic as they come.”

Considering all the moving parts involved in the successful execution of a field goal, Ladouceur said it’s important he, the holder and kicker all be in sync.

“There aren’t many events in sports where you need three guys to be completely on the same page to get the job done within 1.3 seconds,” he said. “And the outcome of that kick can have a huge impact on the outcome of each game so the cohesiveness of the group is very important.

“So I’ve always made sure we’d go to dinner or for a beer together or tried to hang out after meetings, whatever it is just try to build a bit of a relationship. The foundation of the trio is important for the success of the team.”

So it’s not surprising Ladouceur lists punter Chris Jones, in his 10th season with Dallas, as his favourite teammate.

“Chris can tackle, kick and punt and throw the ball about as good as any quarterback,” Ladouceur said. “He’s a full-on athlete who happens to be a punter and he’s pretty damn good.

“He’s very down to earth and I’m fortunate to have him as a teammate and friend.”

Ladouceur and his family call Aledo, Texas home. For the past three years, Ladouceur has taken his NFL career season by season, something he’ll do again with his wife, Brooke, after the ’20 campaign.

If he returned next year, Ladouceur would break former tight end Jason Witten’s club record for most games played (255).

“This might be it, I might have another one, I might have two, I don’t know,” Ladouceur. “I don’t want to go in there and feel like I’m lagging, I want to still be on top of what I do and I feel I’m still able to do that.” 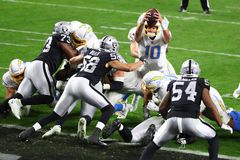 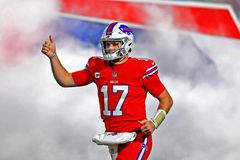