A few days back, the University of Alabama had more new COVID-19 infections than the country of Canada. But the tide will still roll in Tuscaloosa this year. Because football does not stop.

There is no good epidemiological reason that 16,000 people needed to be in the stands during Thursday’s NFL season opener in Kansas City. But there they were nonetheless. Because football does not stop.

Most especially, the NFL does not stop. It’s more a herd-immunity strategy than a sports competition at the moment, but that doesn’t matter. What matters to America is that football is played and people can gather together to watch it.

As with everyone else, the NFL wants it both ways. It wants to play, but also to seem conflicted about playing, while in the process of playing.

The league called its neither/nor take on American sports' increasingly watered-down protest trend a “moment of unity.” The Kansas City and Houston players intermingled on the field before the game and silently locked arms. The crowd vigorously booed them.

Texans lineman J.J. Watt, arguably the most famous face in the NFL, was asked about it afterward.

“The booing during that moment was unfortunate,” Watt told reporters. “I don’t fully understand that. There was no flag involved. There was nothing involved other than two teams coming together to show unity.”

That right there, that’s the problem. People who’ve paid $50 for parking and $15 for a beer don’t care about your “unity.” They don’t want to hear you’re all golfing buddies. That’s little-league stuff. Parking is free at little league.

So not exactly a boffo start to the season, which gets fully under way on Sunday.

Aside from fans being absent from a majority of stadiums (by local government’s choice rather than the league’s), little has changed. Kansas City is the favourite. The Washington football team is a mess. Tom Brady is travelling backward through time. The NFL abides.

You didn’t need a sociology degree to figure out how the four major leagues would navigate their current difficulties. The NBA was always going to hit the truest notes because it is the best organized and most cohesive. There is a broad consensus there between labour and management.

MLB and the NHL were always going to struggle because they don’t have that advantage. The players don’t trust their bosses, which makes consensus on anything – never mind the pressing philosophical issues of the day – hard, verging on impossible.

But the sports end of the struggle for the American soul (2020s edition) was always going to take place at a football game.

The NFL is unusually good at such things. Not because it is so well led (it isn’t) or because players trust their employers (they don’t), but because football remains the one thing most Americans agree on. They’re for it.

If you have driven through America’s out-of-the-way places, you’ve seen the mini-stadiums abutting high schools in all the podunk towns. They dot the landscape, one after another, like shrines on a pilgrimage route.

When you start off with that much goodwill, it’s hard to go wrong. Which of course means football has been trying to get it wrong for some time.

This sport’s only raison d'être is violence and peril. It’s Shirley Jackson’s The Lottery come to life and for the same reason – to keep communities together.

Did they tailgate outside the Forum, just before the lions ate the Christians? Because the same principle applies. Football is families coming together with their neighbours, in order to watch a few other neighbours beat the hell out of each other.

But after the concussion crisis, football has spent a decade trying to convince people it is cuddly and safe. On the down low, it also wants people to understand that, yes, these guys are trying to kill each other. But let’s not talk about it so much any more. We don’t want anyone getting the wrong (i.e. right) idea.

When that sort of confusion is your starting point, how are you supposed to see straight on anything? Football – meaning everyone involved in it, from the players to the spectators – is founded in self-delusion. It allows you to be the sort of person who feels themselves on the right side of history (which, based on actual history, often doesn’t turn out well) who also enjoys a cheeky bit of bloodsport on the weekend.

The NFL is the cultural equivalent of The Big Bang Theory – a show a lot of people feel ashamed for watching, but still watched.

The political dividing lines in the United States are demarcated by football. The sport’s true believers vote one way. À la carte football fans vote the other.

That latter sort makes a point of complaining how morally compromised the sport makes them feel, but they still watch. Maintaining outrage at something you like so much must be exhausting, so most people had given up on it.

The pandemic and NFL’s response to it – “What pandemic?” – gave them another chance to stick a boot in. When the summer of protest began, it all wound back to the NFL and Colin Kaepernick. Any other league would have shelved the season, bought itself a Partridge Family school bus and gone on a cross-country apology tour. There would be statements and statements apologizing for those statements. It would never end.

But the NFL just keeps on truckin'. Because it knows the United States needs football. Football may be the last thing a plurality of Americans believe in.

So when a bunch of millionaires line up to inform America that the NFL is really just a theatre troupe made up of exceptionally large men, that doesn’t go over so well.

What these people care about is that football goes on. They don’t care how or why. They’re not interested in what any of the participants thinks or does. Even the most zealous of them, on either side of the divide, will tune out the politics because it threatens the last broad community the country shares.

The United States needs football the way medieval peasants needed the Church – not because it was good for them, but because it represented something resembling stability. 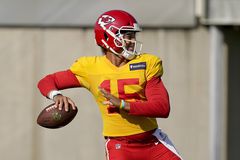 Canadian Duvernay-Tardif will study at Harvard instead of playing in 2020 NFL season
September 9, 2020 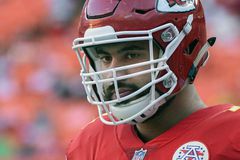 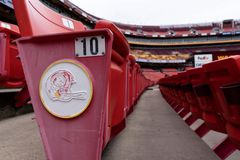