Jonathon Jennings will get his shot at knocking the Winnipeg Blue Bombers from their lofty perch.

Jennings will start Friday night when Ottawa (2-2) visits Winnipeg (4-0). The Blue Bombers are the CFL’s lone unbeaten team and handed the Redblacks their first loss of the year, a 29-14 decision on July 5 at TD Place.

Jennings has a 22-22 record as a CFL starter but is 1-5 all-time against Winnipeg.

Ottawa has dropped two straight after last week’s 36-19 home loss to the Montreal Alouettes. The Bombers were on cruise control against Toronto last week, downing the struggling Argonauts 48-21 on Friday night.

Davis started Ottawa’s first four games of the season but will miss Friday’s contest with an unspecified injury. He boasts a 66-per-cent completion percentage with 1,132 yards, however, has more than twice as many interceptions (seven) as TD strikes (three).

The start will be Jennings’s first with Ottawa. He joined the Redblacks as a free agent after four seasons with B.C.

Ottawa kicker Lewis Ward – the CFL’s top rookie and special-teams player last year – has made 61 straight field goals. This season, he leads the league in average length of field goal at 35 yards but during his streak he’s averaged 31.7 yards.

Lucky Whitehead opened the Bombers win over Toronto with a bang, returning the opening kickoff 104 yards for the touchdown. Quarterback Matt Nichols finished a tidy 18-of-24 passing for 209 yards and three touchdowns while Winnipeg native Andrew Harris ran for 116 yards on 14 carries and caught a Nichols TD strike.

Winnipeg’s offence leads the CFL in offensive points (33 a game) and passing touchdowns (11), is tied with Hamilton for most offensive touchdowns (16) and second over all in points (34.5), touchdowns (17) and rushing (147.8 yards a game).

Nichols has a league-best 10 TD strikes while Harris has run for 378 yards and sports a gaudy average of 6.5 yards a carry.

The unit has also forced a CFL-best 18 turnovers, not exactly good news for an Ottawa squad that’s committed 11 turnovers, second-most in the league. The Redblacks are ranked fifth in offensive points (25.5 a game) but have scored just nine TDs and eight offensive touchdowns (both tied for second-last over all).

Nichols was 16-of-20 passing for 262 yards and a TD in Winnipeg’s earlier win over Ottawa. But he left the game in the second half after failing to slide at the end of a run.

Harris ran for 80 yards on 18 carries that night while Nic Demski had four catches for 105 yards and a TD. Davis finished 21-of-36 passing for 234 yards with two picks as Winnipeg held Ottawa to 24 yards rushing on eight carries.

Over all, Winnipeg outgained Ottawa 453-258 while holding the ball for slightly more than 39 minutes. The Bombers also ran for 149 yards.

The most recent time the Bombers started a season 5-0 was in 1960, when they went 10-0 and finished 14-2 before losing in the West final to Edmonton.

In Calgary, the Stampeders (2-2) look to rebound after last weekend’s 30-23 road loss in Hamilton. Nick Arbuckle was 24-of-40 passing for 368 yards in his second CFL start but failed to throw any touchdowns. Two of the Ticats’ touchdowns came on special teams while the Stamps’ Ka’Deem Carey registered one of his two TDs on a blocked punt. Derel Walker had nine catches for 188 yards and two TDs against Winnipeg for Toronto (0-4), which has dropped 10 straight games at McMahon Stadium.

At home in Montreal, the Alouettes (2-2) will shift the focus back to football after the firing of general manager Kavis Reed. Vernon Adams Jr. had a career-best 327 passing yards and two TDs against Ottawa while scoring two touchdowns. William Stanback ran for 100 yards after a 203-yard performance two weeks ago against Hamilton. Edmonton (3-1) beat Montreal 32-25 at Commonwealth Stadium on June 14. Trevor Harris is 483 passing yards shy of becoming the 36th player to hit the 20,000-yard plateau and hasn’t thrown an interception in his past 218 pass attempts.

In Regina, Saskatchewan (1-3) has had plenty of time to ponder its most recent game, a 37-10 home loss to Calgary on July 6. Linebacker Solomon Elimimian faces his former squad while receiver Emmanuel Arceneaux, another former Lion, is hoping to make his Riders debut. They made a combined 234 career starts for the Lions. It’s been a miserable season for B.C. (1-4), which lost 33-6 last weekend to Edmonton. Mike Reilly threw for 157 yards and an interception but is 8-6 against the Riders. Trouble is, the Lions have allowed a league-leading 17 sacks. 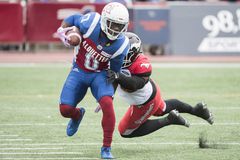 Jonathon Jennings gets the call at quarterback for Redblacks Subscriber content
July 16, 2019 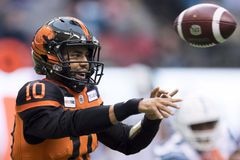 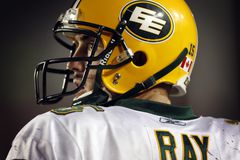