That's what the New England Patriots are not telling people. With this organization, which is run with the same spirit of openness as 'Ndrangheta, a non-confirmation is a sort of confirmation. Except when they want you to think that. That's when they deny it.

According to 'informed sources' – leakers, agents provocateurs, imaginary friends or some combination thereof – a running back barged into Brady's hand during a botched handoff in practice. Two days before the AFC conference final, the only quarterback worth a damn still in the playoffs is doing "limited" practice and not talking.

That leaves Bill Belichick in the dual role of coach and Minister of Information.

"Any update on Tom's status for Sunday?" he was asked.

"We gave out the injury report yesterday."

"Do you have any regrets about trading away [Brady's former backup] Jimmy Garoppolo?"

"We're getting ready for Jacksonville."

So … actually, I have no idea what that means.

Belichick is a demonstrably great football tactician, but the professional role he has most perfected is delightful misanthrope. The hobo wardrobe (he makes $7.5-million U.S. per annum), the inability to meet eyes, the baffled pauses, the inaudible mumbling, the towering disdain.

When Belichick sneers at your stupidity, it isn't bad manners. It's art.

This week, and the two that follow, could be his "Is it safe?" scene. This is the one-man play that's going to be embedded in our minds after he's gone.

Brady is not hurt. Or, at least, not hurt badly enough to miss Sunday's game. Because in order for that to be the case, he'd have to be in a body cast.

The New England Patriots are as likely to start Brian Hoyer at quarterback as I am to send the neighbour's dog to take my driver's test. If Brady is ambulatory, he will play.

In all likelihood, there is a germ of truth to the injury story – maybe someone did run into him – which has been allowed to flourish hysterically because Belichick enjoys the distraction.

What everyone should have been talking about this week was a recent ESPN feature claiming there is dissension in the top Patriots ranks. According to that story, Brady is turning into Howard Hughes, a cultish believer in quack medicine who thinks he will live forever. Belichick is turning into Richard Nixon, increasingly isolated and embittered. Team owner Robert Kraft runs between them trying to keep his aging dynasty stitched together.

It would explain why New England, which is arranged around a 40-year-old, gave away Garoppolo, one of the most promising pivots in the sport, for nothing. Unlike Belichick's posturing, the ESPN version of things sounds plausible.

That's what everyone would have obsessed about – until this hand thing.

After New England beats Jacksonville on Sunday, it will need need two weeks of new material before the Super Bowl. Expect Brady to crack a vertebrae falling off his roof while shovelling snow and Belichick to see a UFO. 'According to sources.'

Whenever they're gone, this is what we'll miss most about Belichick's Patriots. It won't be the football – there will be teams just as good, and quarterbacks near as great. That's inevitable.

But they are the one pro sports team in North America that gives so much thought to constructing its off-field drama.

Others provide it unwittingly with the usual family stuff – overbearing uncle in charge, dumb cousin dinged up on a DUI, doddering grandfather filmed saying something outrageous in a bar.

With the Patriots, it's calculated. As the audience, this allows us to feel in on the joke, rather than vaguely repulsed by their stupidity.

Though I'm sure he wouldn't think of it this way, Belichick's approach is rooted in internationalism. In most other parts of the world, the men in charge of great franchises are expected to grow outsized personalities. The bigger the coach, the more bombastic the pronouncements.

This is what keeps soccer at the top of the global imagination. It's the one major sport that has not become infected with obscurantism – fans obsessing over numbers and other minutiae at the cost of human tales.

Soccer understands that people want large canvases filled with small, regular complications. The players are bigger – Cristiano Ronaldo routinely says more interesting things as he's caught by cameras getting out of his car than the entire NHL has ever come up with over a full season.

But the coaches are bigger still. They praise themselves to the skies, they needle their own players and they pick fights with opponents. For no other good reason than it's fun.

In the past couple of weeks, Chelsea coach Antonio Conte and Manchester United coach Jose Mourinho have engaged in a typical tit-for-tat exchange through the media.

Unprompted and by inference, Mourinho called Conte "a clown."

Mourinho, a man who aims his blows so low he routinely breaks feet, brought up the fact that Conte was once suspended for match-fixing (which is true, although the case is murky).

None of this had anything to do with gamesmanship. It happened organically because both men think of themselves as whales so big they cannot share an ocean.

The feud is ongoing, will ebb and flow and inevitably end in teary reconciliation and sideline embraces. That's how this works. And that's how it should.

Sport isn't the stock market. The point of it is not just numbers and results ticking by daily on a standings board. At its best, it's an improvisational soap opera.

Too few of its practitioners in this part of the world embrace that responsibility. Belichick is the best of them.

He's the mean-spirited Meryl Streep who deserves all your Oscar votes. 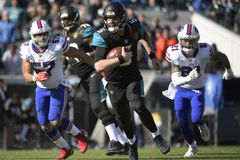 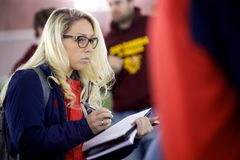