But when his former B.C. team asked him if he wanted to become the Lions' new quarterbacks coach, he could not say no.

"In my mind, I was still a player, and I was going to approach this off-season and train just as hard as I normally do and prepare for the upcoming season," he said. "But when I had to sit and think about if I wanted to go into the coaching world, that totally changed things."

Jackson, 35, signed a one-day contract with B.C. on Friday at the CFL club's practice facility so that he could officially retire as a Lion and take on his new role. He was hired after Lions coach Mike Benevides approached him about two months ago to discuss the possibility of mentoring Lions starter Travis Lulay.

Benevides wanted to fill the void created by the departure of Lulay's backup Mike Reilly via trade to the Edmonton Eskimos. Reilly, a close friend of Lulay, was an on-field confidant who helped him dissect every play.

Benevides considered Reilly's departure inevitable and sought Jackson, a former Lions backup QB who was an extremely popular figure in the B.C. dressing room for six seasons, to fill that role.

Jackson left the Lions after he was released following their 2011 Grey Cup victory and played one season with Toronto. His hiring will allow offensive co-ordinator Jacques Chapdelaine to spend more time with the team's young receiving corps. (Receivers coach Travis Moore was let go because the team did not have the budget for both him and Jackson.)

The Argos permitted Jackson to talk to the Lions while he was still under contract to the Grey Cup champions. Toronto subsequently granted him his release earlier this week to take on the newly created B.C. position.

"It's bittersweet to be hanging up the cleats and knowing that (I'm) not going to be playing the game that I've grown to love over my whole life," he said.

However, he is also grateful that his life in football can continue at "home" with the Lions.

"I just wanted to make sure that this was something that I really wanted to do, and I was going to be stepping into it with both feet and, really, not halfway in," he said.

When asked to describe his coaching style, Jackson said he will strive to be as honest as possible with quarterbacks. Lulay, who played three seasons with Jackson, welcomes the forthcoming criticism.

The Lions No. 1 signal-caller pushed for Jackson's hiring after Benevides broached the idea of bringing in a new quarterbacks coach.

"He's a guy I trust," said Lulay. "We've been teammates together. We won a championship together (in 2011.) That was my first year starting. He was huge in being a sounding board for me and a guy who had been there and done it."

Lulay looks forward to gleaning info from Jackson on what he learned while working with Argos quarterback Ricky Ray — someone the Lions starter admires — and Toronto coach Scott Milanovich.

"I want to pick (Jackson's) brain a little bit and see what those guys do well," said Lulay.

The Lions have three quarterbacks under contract. Thomas DeMarco, who spent all first pro season with B.C. last year, and Jarrett Brown, who joined the Lions practice roster late in the campaign, will battle for No. 2 status. General manager Wally Buono will likely bring in two more young quarterbacks for training camp.

Lulay did not want to discount DeMarco and Brown's pending assistance, but noted they do not have the pro experience to give him as much insight as possible. Jackson, a Tupelo, Miss., native won three Grey Cups over his seven CFL seasons and also toiled with the NFL's Denver Broncos and NFL Europe's Barcelona Dragons after starring at Notre Dame, where he set several passing records.

"You don't want to feel like you're playing the position by yourself. ... I had a close relationship with (Jackson) and the same with (Reilly) a year ago," said Lulay. "To have (Jackson's) voice back, that's a good thing."

Lulay said Jackson can set realistic expectations and, if necessary, lobby the coaching staff to do away with plays that don't work. But Lulay also expects Jackson to demand a lot in his new position.

Benevides said Jackson will offer Lulay another set of eyes, while watching the quarterback on "every single play" as other coaches must focus their attention elsewhere. Jackson will also be able to help younger quarterbacks handle the stresses of the position.

"You want a leader and you want a teacher, because that's what we are," said Benevides, explaining his decision to hire the new QBs coach. "We're teachers, and this business is about people.

"When a guy is voted a captain, and he's not the starting quarterback, that tells you a little bit about who is."

Notes: Former Lions running back and returner Yonus Davis was sentenced to 33 months in prison this week for drug possession and trafficking. Davis, 28, who was named the West Division's special teams player of the year in 2010, his lone CFL season, pleaded guilty in February 2012 to possessing and distributing 30 kilograms of ecstasy. He was caught in a Drug Enforcement Administration sting operation. ... Jackson joined a growing list of former Calgary and B.C. players that Buono has developed into coaches. ... The Lions are preparing for CFL free agency, which opens Feb. 15. Benevides said they have interest in some players who are already on the market, but the club must complete its due diligence on them first.

Milanovich, Benevides and Hufnagel finalists for CFL’s coach of the year award
February 6, 2013 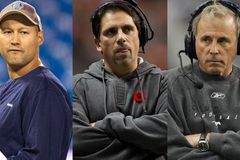 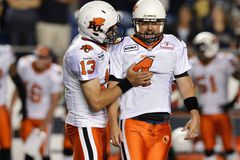 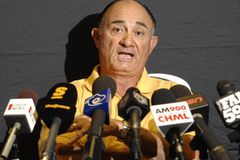 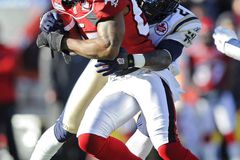 The making of a CFL-inspired QB revolution in the NFL
February 1, 2013 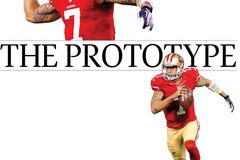