Ken Evraire will donate his brain to science but the former CFL receiver is fearful about what doctors might find.

"They could say, 'We examined his brain and found nothing," the 52-year-old Toronto native said with a chuckle. "Many coaches would then say, 'I could've told you that, I could've saved you a lot of time and energy."'

But the issue of chronic traumatic encephalopathy (CTE) — a degenerative disease found in people who've suffered repeated blows to the head — in pro football is a serious matter. Last month, the Journal of the American Medical Association published a report that research on 202 former football players found evidence of CTE, which can cause a host of health problems including memory loss, depression and dementia.

It was diagnosed in 177 former players or nearly 90 per cent of brains studied. That included seven-of-eight brains from former CFL players; 110-of-111 from former NFL players; 48-of-53 U.S. college players; nine-of-14 semi-pro players and three-of-14 high-school players. The disease was not found in brains from two younger players.

"I wasn't surprised but I think we have to take a step back and look at the results and understand what they're telling us," Evraire said. "I think it's going to be a long journey before we have a really comprehensive understanding of the effects of head trauma and concussions and CTE knowledge because there are many athletes out there, many people who've suffered significant and multiple concussions and are fine with no signs of CTE.

"There are questions that came about after the study and they're valid. But I think it's a step in the right direction to say, 'OK, let's start asking those questions now because we need clarification.' It's not a black-or-white issue, there are nuances and shades of grey in the middle there."

A definitive test can only be made by examining the brain tissue of deceased players. Studies at the Boston University School of Medicine have also shown several former NFL players, including Hall of Famers Mike Webster, Frank Gifford and Ken Stabler, died with clear signs of CTE.

Evraire, a former receiver with Saskatchewan, Ottawa and Hamilton (1988-97), feels fine physically. But the married father of three children under the age of eight now living in Ottawa said those isolated times when has a momentary lapse in memory or limited patience cause him to wonder.

"I'll be upstairs getting ready for the day and come downstairs and realize I forgot my watch," Evraire told The Canadian Press in a telephone interview. "I go back upstairs to get it and completely forget why I went upstairs in the first place so I kind of have to retrace my steps which can be a little frustrating.

"It could be old age . . . it could be related to football. Time will tell. The entire thought process can make one paranoid."

That's why Evraire, after discussions with his wife, Pam, decided to donate his brain to Boston University upon his death.

The six-foot-one, 205-pound Evraire had 248 catches for 3,851 yards and 17 touchdowns over his CFL career. His best season was 1992 with Hamilton when he recorded a career-best 61 catches for 1,081 yards and three TDs, finishing behind Saskatchewan's Ray Elgaard as the league's top Canadian.

Evraire figures he suffered at least two concussions during his CFL career. The first was in '88 as a rookie with the Ottawa Rough Riders after being hit by Toronto Argonauts linebacker Ben Zambiasi.

The second came two years later in Vancouver when, after a reception, Evraire was tagged by B.C. Lions safety Robin Belanger. And in '95. Evraire was knocked out briefly while returning a punt against the San Antonio Texans.

"The first two were definitely concussions and both times I made bad decisions," Evraire said. "I should've kept my eye on Ben Zambiasi longer than I did and I should've peeked to see if the safety was still there but I didn't.

"The third one I got blasted and just didn't feel well but by then I was playing scared, I didn't want to get hurt. You know (playing football) isn't good for you but it's what you know so I stayed in the game as long as I could knowing I was likely going to pay a price. It was the complete antithesis of how I played the game . . . you must be all in."

Evraire said donating his brain isn't an indictment on the medical treatment he received during his career.

"I signed the waiver, I signed up for this," he said. "It's troubling when I hear, 'Well, if I had known I wouldn't have played.'

"Well, when you run into something, something is going to give. I had great doctors and trainers but with that said, had they known then what they know today about concussions I wouldn't have gone back into games and they probably would've been able to make a more informed decision as well.

"But it's not like they said, 'Hey Ken, go back and play because we really need you to play and you've got to man up.' There's many athletes, and I'm probably guilty, who said, 'I'm fine,' because I wanted to play."

Evraire said even with more knowledge he still would've played.

"The competitor in me would've said, 'Screw it, I'll worry about it later,"' Evraire said. "I wasn't going to med school, I knew what my limitations were but I also knew football would open doors for me.

"The excitement was playing the game and competing but what really excited me was the idea of the relationships you spawn from the experience . . . that was the value for me."

Even if the financial gains were minimal.

"My rookie year I made $33,000 before taxes," he said. "Coming out of university I knew guys who were selling photocopiers making $50,000 and I'm walking around like I'm the man making $33,000 and getting crushed by guys like Ben Zambiasi.

"You get to do something that's unique. I always loved the idea . . . of being introduced before the game and going out there like you're a warrior in the Coliseum. All that alpha male stuff."

But Evraire admits he becomes somewhat unsettled when he considers what potentially lies ahead.

"I'm scared, sort of, of the journey (of getting older) because it can control how I exist and how I live," he said. "If things accelerated and I went through a journey that I see a lot of football players going through . . . I'd want there to be an explanation as to why."

Evraire understands going public about his health concerns goes against the football norm.

"Too many players exist in silence," he said. "But I think the courageous move is saying, 'Hey, I'm concerned, I've got some things going on and I need help.'

Evraire is busy these days, serving as a pre-game analyst and sideline reporter on Ottawa Redblacks radio broadcasts while providing material for his blog. He also spends time with companies as a team builder and keynote speaker.

Evraire is also a coach on his seven-year-old son, Elijah's, youth team.

"Kids are going to get hurt playing football, I get that," Evraire said. "But I can teach them technique and explain, 'This is why, when, where, who and what we're doing,' which is something I wasn't taught until my rookie year in Saskatchewan.

"I'm going to coach them up and demand a lot of them but also try to protect them like they're my own." 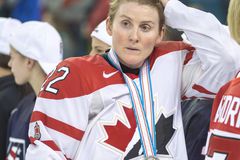 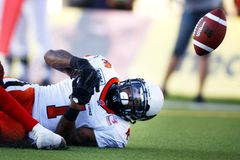 Tom Brady mum on wife’s comment that he had a concussion last season
August 4, 2017
Report an error
Due to technical reasons, we have temporarily removed commenting from our articles. We hope to have this fixed soon. Thank you for your patience. If you are looking to give feedback on our new site, please send it along to feedback@globeandmail.com. If you want to write a letter to the editor, please forward to letters@globeandmail.com.
Comments