On an early February day in 2002, the head coach of Montana State University proudly stepped to a podium and announced that his staff had signed a transformative quarterback, a high school prodigy who would bring the Bobcats to glory.

"Then I said: 'Oh, by the way, we signed another quarterback named Travis Lulay,'" Mike Kramer recalls.

For Lulay, the B.C. Lions quarterback and finalist for the CFL's most outstanding player, what followed was a career that would take two distinct steps forward, near carbon-copies of each other. Both with Montana State and the Leos, he would go from the bottom of the depth chart, to the face of the franchise, in short a period of time.

Undersold and underrated, the redhead from Aumsville, Ore., has had to fight and scrap for every snap. But all that hard work seems poised to be rewarded over the next 11 days, as Lulay chases personal and team honours in the CFL playoffs.

The 28-year-old was chosen as the league's all-star quarterback Wednesday, a good indication that he will vanquish Montreal's Anthony Calvillo as the league's most outstanding player next week during Grey Cup festivities in Vancouver. Before that, Lulay's Lions play host to the Edmonton Eskimos on Sunday in the West Division final, trying to complete an astounding turnaround.

"I've battled everywhere I've been," Lulay said. "I went to a very small high school. I graduated with 45 kids. I barely played 11-man football, and I just didn't play with, or against, high-level college athletes."

In fact, Regis High School in Stayton, Ore., is so tiny that even small colleges were telling Lulay that they almost never recruit a player from its Class 2 (out of 4) ranks. That included Montana State, which viewed Lulay as a backup to their its recruit.

On that day nearly a decade ago, Kramer was referring to a decorated quarterback from a Georgia high school, a player he believed would be the future of his program in Bozeman, Mon. But by the third day of training camp, his offensive co-ordinator had saddled up and declared that the freshman from Oregon was the best quarterback on the field. By the time camp ended, Lulay had bypassed the Georgian and two other quarterbacks to be No. 2, and after a 1-3 start to the season, Kramer handed him the keys.

He led the team to a touchdown on his opening drive, and would become the only Bobcat quarterback to author four successive winning seasons. The team had lost 16 consecutive games to its archrivals from the University of Montana, but Lulay beat them three times, including a 10-7 win to snap the streak. The game was on the road, played in a blizzard, and Lulay was a true freshman, but early in the fourth quarter, he hit a slant pattern for a long touchdown. It's a play that he says he can still visualize, in full detail, today.

"He singlehandedly elevated us," Kramer said.

Since Lulay, Montana State has experienced nothing but winning seasons, and Kramer, now the head coach at Idaho State University, says he owes him his career.

"I only hope he stays healthy and brings as much joy to CFL fans as he brought me, my family, and all of us in Montana," he said.

Part Two of the Lulay story is equally amazing.

As he was bouncing around NFL rosters, spending time with the Seattle Seahawks and New Orleans Saints, former Lions personnel director Bob O'Billovich added Lulay to the club's negotiation list. O'Billovich, now the general manager for the Hamilton Tiger-Cats, is from Montana, and while he has long experience in the CFL and a deft eye for talent, the joke among his contemporaries is that he has a blind spot for quarterbacks from his home state.

"To hear Obie tell it," quips Lions director of player personnel Neil McEvoy, "every quarterback from Montana can play."

So when they travelled to Portland for a free-agent camp in early 2009, the Lions brass wasn't sure whether they'd see a bona fide quarterback prospect, or just a player who had tugged at O'Billovich's heartstrings.

It was the former.

Based on that workout, the Lions invited Lulay to camp believing he could help co-starters Buck Pierce and Jarious Jackson stay fresh. Third-stringer Zac Champion was well regarded, so Lulay's chances of making the team were slim to none because general manager and head coach Wally Buono had declared that he would not keep four passers.

But by the third day of camp, word started spreading through the media that the guy viewed as a "camp arm" actually looked pretty good. His physical tools didn't jump off the charts, but he had an aura about him.

Shortly thereafter, Lulay passed Champion and was in uniform for games. Over the next year and a half, as Pierce succumbed to injuries, as Jackson succumbed to age and injuries, and as a second go-around with Casey Printers ended in disaster, the Lions were left looking at Lulay. He assumed starting duties late last year, and after the awful start this season, in which the players around him were more culpable than he was, Lulay rose to the top of the CFL heap.

"The thing that has been a constant with Travis," says his high school coach Don Heuberger, "is that he is really driven. He doesn't give up easily. When he's got something he wants to achieve, it's hard to sway him."

Eskimos vow to cut down on penalties in CFL West Final
November 16, 2011 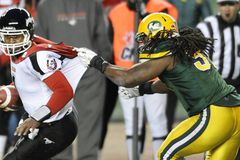 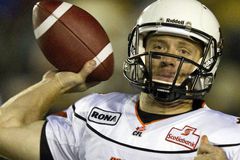