"It isn't right for any team to be named after an ethnic group," said Natan Obed, president of Inuit Tapiriit Kanatami, which represents Canada's 60,000 Inuit.

"If anyone was to call me an Eskimo, I would be offended by that."

The term Eskimo is a relic of a past in which Inuit people had no control over their lives or even what they were called, said Obed.

"I think it's time Inuit made the statement that it's not acceptable to use our people as mascots."

Although questions have been raised about the team's name before, Inuit groups have never joined that debate. Obed said now's the time — especially with the team playing in this weekend's Grey Cup championship game in Winnipeg.

"With the Truth and Reconciliation Commission's calls to action fresh in our minds, all sectors of society should be contributing to the ongoing reconciliation," said Obed.

Justice Murray Sinclair, who headed the commission, said recently that it's time to get rid of indigenous mascots, which would never be tolerated if they targeted any other cultural group.

It's important to stand with other Aboriginal Peoples who have objected to sports teams using their names, Obed said.

"I recognize that there may be absolutely no ill will or disrespect intended. It still is a vestige of colonialism, of a different time where it was OK for Canadians to speak of Inuit as Eskimos," he said.

"There are a number of things that were OK in Canadian society that aren't any more, and this is one of them."

Eskimo team officials have consistently defused the issue by saying they have never had an official complaint. Neither team spokespeople nor league officials were immediately available for comment Friday.

The only Inuk to ever play for the Eskimos — he suited up as a halfback in 1955 — said he doesn't have a problem with the name.

"I think we should take pride in that," said Kiviaq, a lawyer known as David Ward before he fought a legal battle to use his original Inuit name. "I don't understand their argument."

Obed, who played junior and university level hockey in the United States, said he understands sports fans are passionate about their teams and their history.

"The history can be the history. We don't have to apologize for believing and cheering and saying a name that is now not acceptable.

But times change, he said.

"We don't want to enjoy something on the backs of other people. As values in society change, sports values can change, too."

Teams no longer accept hazing as part of sports culture, he pointed out.

Although American Inuit continue to use the word Eskimo, Canada's northern people left that name behind at about the same time they began negotiating their land claim in the 1970s, Obed said.

"When we mobilized and decided to fight for our rights, we decided to use the word 'Inuit,' because that is our name.

"No other group of people has the right to tell us who we are and name us."

Canada's national Inuit organization is calling for the Edmonton Eskimos football team to change its name. So what does the word really mean?

Many historians believe the origin of Eskimo comes from an Algonquin term meaning "eaters of raw meat."

And it wasn't used in a nice way, says Niigaan Sinclair, head of the native studies department at the University of Manitoba.

When Europeans first settled in North America, they asked different aboriginal tribes what others were called, Sinclair explains. That included pointing at a group of northern dwellers who ate flesh from seals and whales.

"So the Europeans come in and they're talking to the Cree and say: 'Who are those people?"' Sinclair says.

"'Oh those? Those are the meat-eaters over there."'

There are other theories.

An expert with the Smithsonian Institution has proposed that Eskimo actually comes from another aboriginal term that refers to people wearing snowshoes.

Despite the label, the group continued to call themselves Inuit, which means "the people" in Inuktitut. They'd already been using it for hundreds of years, says Sinclair.

In the 1970s, others started to listen. At the first Inuit Circumpolar Conference in Alaska, delegates agreed the term Inuit should be used instead. Some tribes in Alaska and Siberia continue to identify as Eskimo.

"Nobody uses Eskimo in Canada anymore — at all," says Sinclair.

The word remains on some food items, such as Eskimo Pie ice-cream bars, although Nestle says it doesn't sell the treats in Canada. Similar banana-shaped bars are called Eskimo Monkeys in Thailand. In New Zealand, Eskimos are a popular type of marshmallow candy. In 2009, an Inuit woman from Canada who travelled in New Zealand made headlines when she called the sweets racist.

Sinclair is Anishinabe — not Ojibwa, a term that was also placed on his people, he says.

He remembers watching football as he was growing up and how his father was offended by the Edmonton Eskimos.

"He'd be saying, 'Well, that's not an appropriate name for a football team."'

Sinclair says the term is disrespectful and should no longer be the name of the team.

"It's not easy to divorce ourselves from these terms, but history will eventually rid ourselves of these racially inappropriate, misdescribing names."

Opinion
Attention Edmonton Eskimos: Inuit are not mascots
May 15, 2018 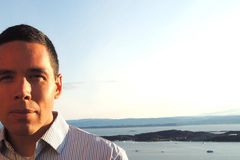 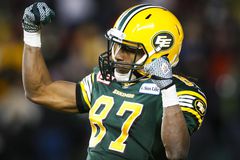 ‘Cerebral’ quarterback Mike Reilly is the Eskimos’ complete package
May 15, 2018 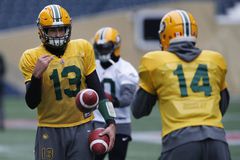