Khalif Mitchell's controversial career in the CFL looked to have come to a close before the start of the 2015 season, when he made anti-Semitic posts on Twitter.

He was fined by the league and his team, the Montreal Alouettes, who then released him. Mitchell, a two-time CFL all-star defensive lineman, had been fined several times, for on- and off-field incidents, before his trouble last year. At 30, he didn't find work with another team.

On Wednesday, however, the worst team in the CFL, the Saskatchewan Roughriders, added the now 31-year-old Mitchell to their practice roster. Mitchell's recent postings on Twitter immediately garnered criticism. Among a spate of retweets that appear to be anti-Semitic, posted two weekends ago, one of them declares that the Islamic State is "really a Zionist controlled terrorist organization runs by Jews" in Tel Aviv and Washington, D.C.

"We are deeply troubled that Mitchell is continuing to spread messages of hate against the Jewish people," said Shimon Koffler Fogel, CEO of the Centre for Israel and Jewish Affairs, an Ottawa-based advocacy group, in a statement late Wednesday afternoon.

In 2015, when Mitchell's tweets included a link to a Holocaust-denial video, Mitchell thereafter apologized. In a joint news release with B'nai Brith Canada and the CFL Players' Association, Mitchell said he "fell into a trap by watching that video" and that "this is a learning moment for me."

On Wednesday, Fogel was skeptical.

"Clearly," Fogel said, "Mitchell has not learned from his past mistakes."

Fogel said the CFL and the Roughriders "are investigating," after being contacted by his organization.

The CFL did not respond to a request for comment late Wednesday. Chris Jones, the Roughriders coach, was asked after practice about Mitchell's recent Twitter activity.

"I've not seen anything," Jones said. "I have no idea what you're talking about."

The Mitchell controversy on Wednesday happened as the Roughriders celebrated the nearing completion of the new Mosaic Stadium in Regina. It will officially open next year.

The Roughriders, who were the worst team in the CFL in 2015, are in the midst of another terrible season.

When Mitchell was fined in 2015 by the league and the Alouettes, CFL commissioner Jeffrey Orridge said the lineman had violated the league's social-media policy. Players can express opinions but cannot be "derogatory or inappropriate, putting the league's reputation in question," Orridge said. "We feel Mr. Mitchell's recent posts [in 2015] on social media have violated these principles."

Mitchell's CFL career began in the 2010 season with the B.C. Lions. His first full year was 2011, when he was a CFL all-star on the Grey Cup-champion Lions.

The controversies began in 2012. He received a two-game suspension from the league for hyperextending the arm of an opposing player. Later in the same season, the league fined him for "throat-slashing" gestures. Mitchell claimed he had been making the sign of the cross. Then, again later in the same season, Mitchell made a racial slur about Chinese people on Twitter. He claimed he didn't know the term he used was racist.

The Lions traded him to the Toronto Argonauts before the 2013 season. Andrew Harris, a Lions teammate, tweeted: "Good riddance!!!!" Mitchell was a CFL all-star for a second time in Toronto and returned to B.C. in 2014 for a so-so season, before Montreal signed him as a free-agent for 2015.

Mitchell, 6-foot-6 and 315 pounds, said he feels he's ready to play this weekend for the Riders. He has kept fit by farming, "far harder than football," quoted by team play-by-play man Rod Pedersen on Twitter.

Pedersen also responded to a criticism on Twitter that Mitchell was a "dirty, dirty player," asking if the Riders really need him. 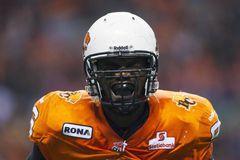 Opinion
Outrage Twitter, and the end of the benefit of the doubt
August 24, 2016 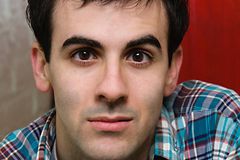 Twitter, trolls and the messy facts of free speech
July 22, 2016 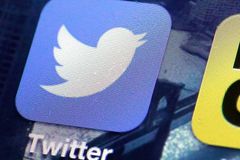