Bea Froelich has been worshipping in the same cathedral for nearly 60 years. In that time, she says, she has missed only one Sunday – an admirable achievement owing in part to the fact the noted temple is mere minutes from her doorstep.

Sit down at her kitchen table, look out the window and there it rises, its red brick and dark green façade so unimaginably close it can take a visitor's breath away. If football is religion in the United States, then Lambeau Field is the game's most sacred shrine, one so imbued with the history of the game it has become a global destination. And in an era when the modern stadium has moved into contrived and often sterile commercial districts, Lambeau's location in a working-class residential neighbourhood of this small Wisconsin city only adds to its distinctiveness and charm.

Froelich has been trooping to Lambeau with fellow Green Bay Packer fans since it opened in 1957. She was still in high school and a member of the band that marched in a dedication parade from the old City Stadium on the east side of the Fox River to the site of the new field. Eight years later, it would be renamed in honour of Curly Lambeau, the former coach who founded the team in 1919. It will never be named Purolator Park or Yellow Pages Yard. The team's 100,000-plus shareholders – mostly the residents of Green Bay – would never stand for it.

"My dad, Earl, played in the Packer marching band for 25 years," says Froelich, who will turn 76 in December. "So that's how we got introduced to football and I just got hooked."

She and her boyfriend bought season tickets while still in high school. Just a couple of years after graduating, the couple got married. "The tickets were in his name so I figured I had no choice," Froelich says, laughing.

Husband Bill died of cancer in 2010. He passed away on a Wednesday, was buried on Saturday and was in Bea's thoughts on Sunday while she stood in the stands at Lambeau cheering on her team. "Honestly, it was the best thing for me because the people I sit with have become like family over the years and they understood what I was going through," she says, sitting in her kitchen wearing a replica jersey of Hall of Fame Packers linebacker Ray Nitschke. "It was therapeutic."

I had come to Green Bay to cross a trip to Lambeau off the list of places I've always wanted to see. (It's a standard on fans' bucket lists). It had held a fascination with me since my football-playing days in high school in southwestern Ontario, when the Packers were winning everything under coach Vince Lombardi. The team has won 13 football championships, including four Super Bowls, earning Green Bay the moniker Titletown.

As the NFL morphed into a multibillion-dollar enterprise, Green Bay was the small-town outlier that relied on the unshakeable support of its community (and an appeal that stretched far beyond the borders of the town) to survive. The tens of millions that flow into the team's coffers each year from its share of the NFL's ever-lucrative broadcast deals has also helped immensely. The Packers have been a publicly owned, non-profit corporation since 1924. There are nearly 361,000 shareholders who own common stock that can't be sold.

Even as a diehard Seattle Seahawks fan, I have envied Packer supporters for their rich history. Season tickets are passed down in families for generations. There is a 100,000-plus-long waiting list for those same tickets. Last year, a whopping 29 spots opened up. When I was a kid, the Packers had the biggest stars in the game, players like Bart Starr, Jerry Kramer and Paul Hornung. Later, the trend continued with the likes of Willie Davis and Reggie White and Brett Favre. And, of course, there was Lombardi himself, the football demigod that the NFL would name its most coveted trophy after, the one for Super Bowl champions.

And at the heart of it all was Lambeau, older than all of the stadiums in the NFL except Soldier Field in Chicago, which was built in 1924. Lambeau has been renovated many times. Its original seating capacity of 32,500 has been expanded 18 times and now stands at 81,435, officially second in the league behind MetLife Stadium in New Jersey, home of the New York Giants and New York Jets. Dallas's new stadium has a seating capacity of 80,000 for NFL games. However, the Cowboys argue the house that owner Jerry Jones built can accommodate more than 100,000 – when you include standing room – making it the largest venue in the league. Everything may be bigger in Texas, but the league doesn't recognize standing-room capacity.

Lambeau, a monstrous structure surrounded by hectares of parking, is the centrepiece of this town and open 363 days of the year, according to stadium tour guide John Anderegg. My wife and I were among a mob of people wandering the place one day this fall, all looking somewhat awestruck by where we found ourselves. Since 2003, more than a million people, from 130 different countries, have toured the place. With a stunning new atrium, Lambeau hosts up to 800 non-football-related events each year. It has become a big draw for weddings and receptions; there were 75 held there last year. It even hosted a divorce party.

"We have season ticket holders all around the world," Anderegg told us. "We have some in Europe who come to four or five games a season. That is the drawing power the Packers have today. But it's the locals who make the team what it is."

Lambeau is also known as the Frozen Tundra, a nickname it picked up after the infamous "Ice Bowl" of 1967, a game between the Packers and Cowboys played in -26 C temperatures that I remember watching as a child – on television. If there's a heavy snowfall the day of the game, a call goes out to local ticker holders to help shovel the stands. One of the reasons the lower bowl, which isn't under cover, has aluminum bleachers, instead of individual seats, is so the snow can be more easily removed.

The Packers used to give people a cheque for $10 for helping out. "But they had to stop paying people that way because so many refused to cash the cheques," Anderegg told us. "They were getting them framed and putting them on their living room walls instead."

The main clock in the atrium of the stadium is always 15 minutes behind. It is known as "Lombardi time" in reference to the famous coach's insistence his players show up early for practice. Quaint nods to Packer lore like this have helped make the iconic organization what it is today.

In recent years, the Packers have been buying up residential property (more than 20 hectares) near the stadium. The team will use it to build a sprawling commercial area that will be called the Titletown District. It will include town homes, a luxury hotel, brewery, restaurant, sports medicine clinic and public plaza that will have an outdoor skating rink.

From field level, the facility is mesmerizing, a collage of green and gold – the Packers colours – that reeks of the past. The playing turf, Kentucky bluegrass supplemented with synthetic fibres, is pristine. Prior to games, its growth is stimulated by a greenhouse-like system of klieg lights.

One thing that surprised me was how low the end zone wall was. I speak of the foam-padded barrier over which Packer players jump after touchdowns into the waiting arms of their adoring fans. Known as the Lambeau Leap, the ritual was started, oddly enough, by Green Bay defensive player LeRoy Butler in 1993. On TV, the feat looks somewhat formidable. But up close, the partition isn't quite six feet high, a summit that would be quite easy for most professional athletes to scale.

Bea Froelich has lost count of how many Lambeau Leaps she has witnessed. She just hopes there are many more to come; championships too. In her front yard is a wood carving of the Lombardi trophy – when Bea and her husband wanted to create a lasting legacy, they sculpted a version of the trophy from a favourite tree they had to take down.

"Now, we have tour buses stop outside the house and people get out to have their picture taken with it," says Bea, chuckling. "I love it."

As she reminisced, daughter Barb and grandson John sat in a nearby living room. John recently purchased a house a few blocks away. He's been attending Packer games as long as he can remember, and now occupies a seat just a few rows behind his grandma. Before I left, I asked Bea what the Packers meant to her town. As she struggled to find the words, her grandson made his own attempt.

"They're everything," he said. "We know no other way of life. My great-grandpa played in the marching band and my grandma has only missed one game in nearly 60 years. The Packers are Green Bay and Lambeau is where we go on Sundays." 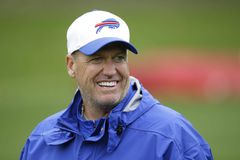 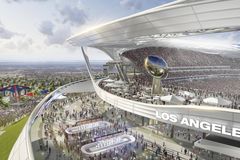 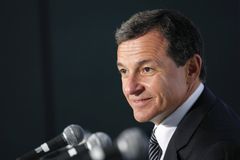