Tim Leiweke's and Larry Tanenbaum's big plans for BMO Field are based in large part on a billion-dollar bet: finally landing that elusive NFL franchise for Toronto.

That may sound ominous for the CFL's Toronto Argonauts, but a happy side effect of this plan would be an escape from the Rogers Centre for the far more football-friendly setting of a renovated BMO Field – not to mention a possible sale to either Maple Leaf Sports and Entertainment Ltd. or Tanenbaum. The NFL is expected to insist that sort of safety net for the Argos must be part of bringing a franchise to Toronto, be it a purchase of the Buffalo Bills or an expansion team.

So Tanenbaum and Leiweke – the chairman and chief executive officer of MLSE, respectively – are fairly well along in their planning for the soccer-specific BMO Field, which is owned by the City of Toronto but managed by MLSE. The plan is for MLSE to spend $120-million making the stadium suitable for both the CFL and Toronto FC, the company's Major League Soccer franchise, topped by a roof over the expanded stands, which will seat 30,000 for soccer and between 25,000 and 26,000 for football.

MLSE executive vice-president Bob Hunter, who is in charge of the BMO renovations, said Wednesday it will take about two years to finish, with the seating expected to be ready for the Pan American Games in the summer of 2015, and the canopy over the seats to be done by 2016. There is still some paperwork to be completed with the city, but since MLSE is footing the bill, no huge problems are expected.

However, on either side of this equation, the road ahead is fraught with potholes as deep as MLSE's pockets.

The renovation price tag plus a potential purchase of the Argos – which would also mean taking on somewhere between $2-million and $4-million in annual operating losses, according to someone who knows the team's financial picture – can be seen as the price Leiweke and Tanenbaum are willing to pay to get into the NFL game. That is a lot of money to bet on landing an NFL team – which would also require someone having to spend around $2-billion on acquiring a franchise and then building an NFL-acceptable stadium.

On the NFL side of things, Leiweke and Tanenbaum are at the head of the charge, but both are expected to be minority owners of a team at best.

By league rules, only individuals (not corporations) can own NFL teams – and that role probably would go to someone from the Rogers family, which owns 37.5 per cent of MLSE through Rogers Communications Inc.

No matter how friendly the MLSE forces get with 95-year-old Buffalo Bills owner Ralph Wilson and his family, the fact is when he passes on, his heirs will hold an auction to get the highest possible price for the team. And then there will be political forces in New York State that will not want to see the Bills leave Buffalo. (The Bills, however, have played annual games in Toronto since 2008.)

An expansion franchise is an even greater long shot.

On the CFL side of things, the Argos have long yearned to leave the 50,000-seat Rogers Centre (their lease is up in 2017, but they have an escape clause they can exercise at the end of each CFL season) for a more intimate venue. Now that MLSE is willing to pay for the expensive construction work needed to expand BMO Field's end zones to accommodate the 110-yard-long CFL field, it would seem the good ship Argonaut has smooth sailing ahead.

But not necessarily, and for some of the same reasons that scuttled the same move several years ago, when the Argos were owned by Howard Sokolowski and David Cynamon. Former senator David Braley has owned the Argonauts since 2010. (and the B.C. Lions since 1997).

It is expensive to play a game at BMO Field, more expensive than it is now for the Argos to play a game at the Rogers Centre. Thanks to several union contracts between the city and everyone from the electrical and sound staff to concessions workers and the ushers, it costs about $100,000 every time Toronto FC plays at BMO Field. That is why there are few concerts at either BMO or Ricoh Coliseum, which is governed by the same deals. Since the facility is owned by the city, there is no cutting a sweetheart deal just to land a new tenant.

While the Argos could be expected to pay a similar amount in rent at BMO Field as they already do at the Rogers Centre, the $100,000 from the union deals would be tossed in as well.

Multiply that by nine regular-season games and a preseason game (and perhaps postseason games) and it is a bill of more than $1-million, a crippling charge for a CFL team, which operates on tight margins.

If the MLSE board ever agrees to buy the Argos or Tanenbaum does so with his own money, that may not be a problem. But if not, then finding another CFL owner presents a whole new wrinkle. 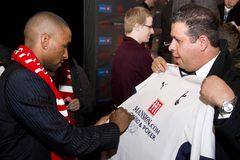 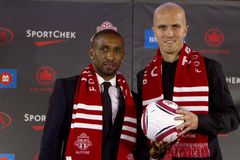 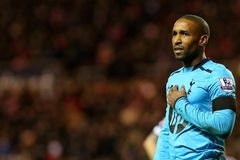