With Andrew Luck playing quarterback and a talented group of skilled players on both sides of the ball, it doesn't take the Indianapolis Colts long to get over a bad loss.

The New York Giants don't have that, and it's a major reason Tom Coughlin's team is seeing the season slip away a third straight time.

Luck threw four touchdown passes for the third time this season and the Colts' defence rebounded from a dreadful performance the previous week by keeping Eli Manning off balance in a 40-24 win on Monday night, sending the Giants to their third straight loss.

With his franchise-record seventh consecutive 300-yard game, Luck helped the Colts (6-3) forget about their 51-34 loss to Ben Roethlisberger and the Steelers. Unlike the way Roethlisberger toyed with their defence in that game, the Colts didn't let Manning and the Giants (3-5) get going until the game was out of reach in the third quarter.

"It's awesome. Again, to get number six, that was our goal; get that bad taste out of our mouth coming off the last game and the way we lost that game," Colts coach Chuck Pagano said. "To, again, be 6-3 and go into the bye on a positive note, get some confidence back, all that stuff."

The Giants did everything they could to take Luck off his game. They blitzed him repeatedly and hit him 11 times and sacked him once on a night he was 25 of 46 for 354 yards. Nine different receivers caught passes.

Luck hit former Stanford teammate Coby Fleener for a 32-yard TD in the first half. He had scoring throws of 31 yards to T.Y. Hilton, 40 yards to Reggie Wayne and 2 yards to Dwayne Allen in the third period to blow the game open.

"This is as solid a group as I've ever played with," Luck said. "There are a lot of weapons on this team. It's tough for defences to focus on one guy."

Former Giants and current Colts halfback Ahmad Bradshaw can't say enough good things about Luck, who is only in his third season.

It was the eighth time this season that Luck had thrown for more than 300 yards and the 17th time in short career.

"Andrew Luck is a great quarterback," Giants safety Antrel Rolle said. "He is a rising star in the league. He has a lot of heart. He is good at finding the mismatches. He did a good job of finding the mismatches. You have to find a way to confuse quarterbacks. I felt we did a good job of doing that early on but in the second half he figured us out a little bit and got a lot of one-on-one matchups."

The Giants were generous in defeat, too.

Fleener's touchdown came on a play when the defence didn't line up properly because they were wondering whether coach Tom Coughlin would challenge a catch on the previous play. The red flag came out too late.

"You know as a defence we have to get lined up and get a call. No one got lined up ... we failed to do so as an entire unit. It was one of those plays that cost you," Rolle said.

Cornerback Dominique Rodgers-Cromartie allowed Hilton to rip what looked like a sure interception out of his hands early in the third quarter for another touchdown and Manning's fumble on a sack set up Allen's TD catch.

Things to know about the Colts-Giants game:

COLTS DEFENCE: After allowing Roethlisberger to throw six touchdowns the previous week, the Colts allowed Manning only two late TDs to Corey Washington and Larry Donnell. Indianapolis led 40-10 before taking its foot off the gas.

GIANTS INJURIES: Cornerback Prince Amukamara is probably lost for the season with a torn biceps injury. Rookie guard Weston Richburg left the game with an ankle injury. Coughlin did not know its severity BECKHAM: First-round draft Odell Beckham Jr. had career highs of eight catches for 156 yards with a long of 59 that set up a touchdown by fellow Giants rookie Andre Williams.

NEXT WEEK: The Colts get to enjoy the bye, having a two-game lead over the Houston Texans (4-6) in the AFC South. The Giants head to Seattle this weekend to face the Seahawks (5-3).

"Losses before a bye week stink," Luck said. "Not that we needed any more motivation to come out and play, but it's good to get a win on this bye week." 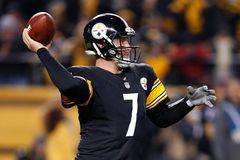 Brady and the Patriots crush Manning and the Broncos
November 2, 2014 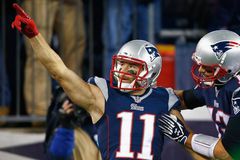 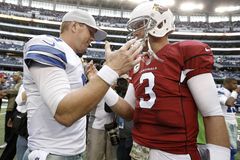 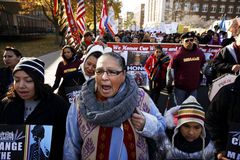