There hasn't been much football talk at the NFL owners' meetings Wednesday.

Instead, the focus has been on the personal conduct policy, and on educating everyone involved in the league about domestic violence.

After approving the sale of the Buffalo Bills to Terry and Kim Pegula in the morning, the owners listened to a presentation on domestic violence that included a video by a former player appealing for recognition and action. They also began intense discussions on potential changes to the personal conduct policy and how to discipline players, executives, and even their peers, should they make missteps.

There have been plenty such mistakes recently, most notably the Ray Rice and Adrian Peterson abuse cases. In the midst of a maelstrom over how the league has handled those and other incidents, Commissioner Roger Goodell has asked for a re-examination of the policy.

In the powerful video, Joe Ehrmann, a defensive tackle for 10 pro seasons (1973-82), beseeches viewers to imagine what it would be like to see a loved one being subjected to abuse. He then urges intervention to curb such behaviour.

"Think about the role you have to raise up a generation of men that are going to have the clarity, have the moral courage to call out other men," Ehrmann says.

The video was part of a 40-minute presentation put together by the league with the help of a group of outside advisers. The goal is to educate everyone in the NFL about the dangers of spousal abuse, child abuse, sexual assault and other domestic violence topics.

"It was very thorough, it was good," Steelers President Art Rooney said.

"It is important with this kind of education to start at the top and have it filter down," said Lisa Friel, vice-president of the Sexual Misconduct Consulting & Investigations division for T&M Protection Resources, and one of the advisers helping the NFL develop and carry out the educational program. "From the owner to the guy in the locker room who washes uniforms."

She also anticipates long-term benefits beyond team and league organizations.

"A lot of NFL athletes have been leaders throughout their lives," he said. "We can tap into that leadership role ... and it can help empower others."

The educational program being implemented will examine workplace policy, disciplinary considerations and "increasing understanding of the prevalence in society of these issues and how it impacts the NFL," according to Deana Garner, the league's director of player engagement and education.

Garner said the owners were particularly interested in all the internal and external resources available, including LifeLine, a 24-hour toll-free number created for "the entire NFL community and families."

"They asked specifically how to activate those resources within their clubs," she said.

Discussions of the personal conduct policy took up a large portion of the meetings that were expected to last until early evening.

In a memo to owners this week, Goodell outlined how the NFL will re-examine that policy. These are the first league meetings since Goodell admitted he was wrong in giving Baltimore Ravens running back Ray Rice only a two-game suspension for punching his then-fiancee in an elevator. Following a torrent of criticism, Goodell announced stiffer penalties for future domestic violence cases. After video of the punch was released, the Ravens cut Rice and Goodell suspended him indefinitely. Rice has since appealed the suspension.

Other abuse cases involving Vikings star running back Adrian Peterson, Cardinals running back Jonathan Dwyer and Panthers defensive end Greg Hardy also have been made public. All three are on an exempt list, suspended but still being paid.

Approval of the sale of the Bills was a slam dunk as the Pegulas gained unanimous support from the 31 other owners — and strong applause, too.

The Pegulas, who already own the NHL's Buffalo Sabres, expect the sale to be finalized by the end of the week.

"This is a significant step in us owning the team." Terry Pegula said. "There's a small matter of having to pay some money and we'll get that done."

That payment would be for $1.4-billion.

Buffalo sports fans were concerned the Bills could be moved out of state if purchased by another group. But the Pegulas are committed to the Buffalo area.

"If you asked me 10 years ago if I would own the Sabres and the Bills, I would have called you a liar," Pegula said. "I just got a hell of a deal. I own the team."

Seahawks’ Wilson admits he was a bully, hopes to help domestic violence victims
May 12, 2018 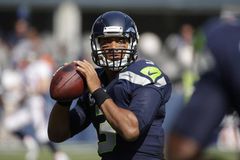 McGill fumbles the ball on an assault sentence that was already served
May 12, 2018 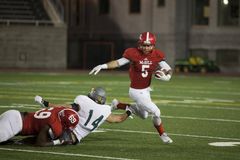 Opinion
Ray Rice case and the challenges of domestic violence prosecutions
May 12, 2018