The best man in Ottawa has been sacked.

No, not Dimitri Soudas, the overreaching executive director of the Conservative Party – but the brand-new mascot of the city's reborn football club.

The RedBlacks needed a mascot to go with their new Canadian Football League team, new facilities and new beginning in a town that had twice previously turned its back on professional football.

Joe had been a popular choice when the club asked fans to send in mascot suggestions. Big, strong and handsome, Big Joe rode a giant bullfrog in Tom's song, and was so powerful he once put out a forest fire between Renfrew and Arnprior by tossing five giant spitballs from 80 kilometres away in Smiths Falls.

RedBlacks owner Jeff Hunt researched the name and found that a series of children's books on the legendary logger had been produced years back by the late Bernie Bedore, a popular Ottawa Valley storyteller. Hunt approached the Bedore family and even made arrangements to reprint the books using the team's new mascot as illustration.

"He was the ideal mascot," says Hunt.

Last Friday, the RedBlacks unveiled Big Joe at a French-language school in Kanata. The kids had cheered wildly. Delighted, Hunt was driving back downtown when he took a call from a francophone reporter asking if he was worried there might be some "backlash."

Hunt, a native Newfoundlander, was about to see a side of Ottawa that still boils to the surface every once in a while. "It never occurred to anybody where this was going to go," says Hunt.

The problem was, the "fictional" character he thought Bernie Bedore had created – even trademarked – and Stompin' Tom had sung about wasn't fictional. He was, instead, the mangled English mispronunciation of the name of Joseph Montferrand.

Montferrand was a real life (1802-1864) Outaouais logger who was so revered for his defence of Francophone rights in the area that his name graces the Palais de Justice in Gatineau, just across the river from Parliament Hill.

It was an unfortunate bit of timing: The mascot was introduced in the midst of a Quebec provincial election where language, culture and French-English relations are, once again, front and centre.

While Stompin' Tom's Big Joe might be a bit of a bounder – he once drank a bucket of gin and "beat the livin' tar outta 29 men" – the Gatineau's Joseph was so admired that the likes of Gilles Vigneault has praised him in song.

The outrage first rose in social media but soon spread across both sides of the Ottawa River. Jean Poirier, a former area member of the Ontario legislature and a well-known defender of Franco-Ontarian rights, told Le Droit that he was "incredulous" that such an incident could surface in 2014.

"This is an insult," Poirier said. "The changing of French names is not new. As long as the name of a French Canadian takes more than two syllables, they become all 'Joe' – like 'G.I. Joe.'"

The RedBlacks were caught off guard by such reaction. The team name had been widely debated when first announced, but the ownership group has been seen to be doing everything right: well-financed, the facilities rebuilt, the team being carefully built.

They were also carefully courting potential fans from the Outaouais, convinced that previous football failures – the Ottawa Rough Riders (1876-1996), Ottawa Renegades (2002-2006) – had erred in ignoring francophones, though francophones make up some 35 per cent of the market.

They have a bilingual name – "RedBlacks" and "Rouge et Noir" – release all communications in both official languages and even held a presser in Gatineau to announce the signing of a wide receiver. Their general manager is Marcel Desjardins, a Franco-Ontarian.

Once the Mufferaw/Montferrand controversy arose, they moved quickly to consult with francophone media and advisers. "We're not in the business of offending people," says Hunt. "And now that I know the story, I do understand how French-Canadians are seeing this.

"When the backlash start coming at us – and I'm not talking about one or two people – we could see where it was going. And rather than let it gain more momentum, we decided to act."

Big Joe Mufferaw, the RedBlacks announced on Monday, was no longer on the team. Henceforth, the mascot, who will not change appearance, will be known as "Big Joe" in English and "Grand Jos" in French.

"They were quick to react," says Le Droit sportswriter Marc Brassard. "It's not that bad a compromise."

"Now my problem is anglophones," says Hunt with a laugh. "Some of them are offended that we changed the name." 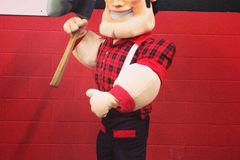 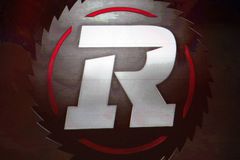 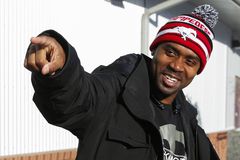 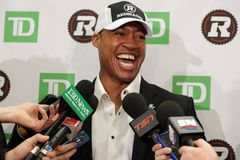 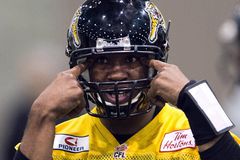