An overwhelming majority of Canadians don't want an NFL team in Canada, especially if it means the demise of the CFL, a survey suggests.

Forty per cent of 1,007 on-line participants said they didn't want an NFL team in Canada at all while another 41 per cent added they'd welcome an NFL franchise in this country only if it co-existed with the CFL. The survey, released Sunday, was conducted in mid-November by Reginald Bibby, a professor of sociology at the University of Lethbridge, and pollster Angus Reid Global.

"They'd have to co-exist, that's the simple bottom line," Bibby said in a telephone interview. "Compared to 1995, if anything, that viewpoint seems to have solidified.

"People are feeling stronger about it."

According to the survey, since '95 Canadians have become more insistent that they'd only want the NFL here if the CFL continued to exist (41 per cent versus 32 per cent). Also, more care about the issue now than 18 years ago (50 per cent compared to 33 per cent).

And in Bibby's mind, Vancouver is a good example of where that shift seems to have happened.

"I sat there one night watching a game in about 1997 and there were 12,800 people there," he said. "You go out there now and you feel like the whole thing has come alive.

"It just wouldn't surprise me that now in B.C., for example, they're feeling a lot stronger about the fact that they want to see the CFL survive and don't want to see it disappear at all."

Atlantic Canada is the only region of the country without a CFL team. However, the survey says only three per cent would welcome an NFL franchise north of the border if it meant the death of the CFL.

The margin of error in the survey is plus or minus three per cent.

Only 19 per cent of participants would be happy to see the NFL come to Canada even if it meant the demise of the CFL.

"We don't have many things that are Canadian when you think about it," Bibby said. "The CFL, for better or worse, seems to be one of them."

On Sunday, the Buffalo Bills host the Atlanta Falcons at Rogers Centre a week after the Saskatchewan Roughriders defeated the Hamilton Tiger-Cats 45-23 in the Grey Cup at Mosaic Stadium.

Toronto has long been mentioned as a potential landing spot for an NFL club, but the survey says only 15 per cent of Torontonians would want a franchise here at the expense of the CFL. Eighteen per cent would be happy to see the NFL in Canada only if the CFL continued to operate with only seven per cent not wanting the NFL on Canadian soil at all.

A larger percentage than in the rest of Canada, some 60 per cent, say they don't care much either way.

The survey states 21 per cent of Canadians are following the NFL compared to 26 per cent for the CFL. Fourteen per cent of each fan base follows both leagues.

However, the results show a large number of Canadians have a protective view of the CFL and relatively few want the NFL to come north, especially if its arrival means the demise of the CFL.

"People aren't troubled about the NFL coming but there's a big asterisk that they have to be assured the CFL is going to continue to live," Bibby said. "To come in and just be triumphant about the fact that 'We're going to bring the NFL to Canada, three cheers you should all be excited,' isn't going to go over with Canadians.

"In fact, that could result in a significant backlash. I just think people would have to come in and really be respectful of the importance of the CFL to Canada as a whole and make sure that they take steps to ensure the viability of the CFL."

There's also been persistent talk of the NFL eventually expanding into London. If that happened, Bibby said league officials would be advised to similarly respect the importance of soccer to the British sports culture.

"The NFL would have to show the same grace if it moved to a place like London . . . and figure out a way to co-exist (with British soccer)," he said. 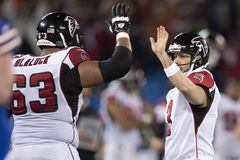 Nothing to see at the Rogers Centre but a regular NFL game
November 29, 2013 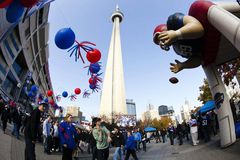 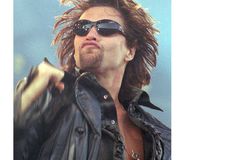 Seahawks fans are coming in loud and clear at CenturyLink Field
October 31, 2013 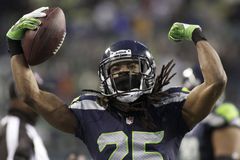