He's still got the long hair hanging over his face when he takes off his helmet. He still wears No. 4 and he's still the starting quarterback for the Calgary Stampeders, a job he wrestled from veteran Henry Burris late last season.

Yet there's something different about the Texas native and he knows it; he can feel it. So can others.

When Burris was traded to the Hamilton Tiger-Cats in January, the Stampeders handed Tate the keys to their offence, free and clear, without a moment's hesitation. He responded with an inspired off-season and a 2012 training camp that has seen his comfort level rise to new heights. He may look like the same guy, the Stamps offensive co-ordinator says, but he's different, more assertive.

"Personality-wise, he is who he is – a high-energy guy, a leader," Dave Dickenson said. "But I have noticed he's more vocal in telling me what he wants now."

Tate, 28, is vocal about all things football. He can't wait to play in Friday's CFL preseason game against the visiting Edmonton Eskimos. He can't wait to feel the rush and excitement of live action. Mostly, he can't wait to start learning how to operate as the every-game starter his teammates rely on.

To prepare himself for that challenge, the former University of Iowa standout spent a calculated off-season doing all he could to "improve physically and mentally."

He started by watching the video of his showing in last November's West Division semi-final, a poor outing that led to him being benched at halftime. Dickenson's advice was to learn from the mistakes, then forget the game ever happened. Tate obliged on both counts.

Next, the native of Baytown, Tex., moved to Cleveland, where he reconnected with high-performance trainer Bryan McCall. The two had worked together previously in Dallas, and began a new painstaking regimen. In between those sessions, Tate trained with former NFL Pro Bowl quarterback Elvis Grbac.

"I worked out twice a week for five weeks with Grbac," Tate said. "It's the coolest thing to get to talk to someone who's the best at what you do. He taught me a couple of things."

"Like running to the left and making a throw – just drop your elbow to shoot the ball out from the side. When you roll out and you try to throw [in a regular passing motion], you drop your shoulder and it throws your level off. You're not square to the target," Tate explained. "It's all about being level and being able to throw the ball more accurately. Grbac learned that from [Super Bowl-winning coach] Bill Walsh."

The Stampeders offence has also undergone a transformation at running back, where Canadian Jon Cornish did so well in 2011 (rushing for 863 yards) the team chose to release venerable import Joffrey Reynolds. Like the new starting quarterback, Cornish came to camp anxious to build on last season's groundwork.

"I really thought I established myself two years ago, because that's when I knew I could do the job," Cornish said. "Both of us [he and Tate], we got to this point because of our work ethic. You can't get to the top and stop working. I'm not going to do that."

Tate welcomes the burden that comes with his new posting. He favours it over his past role as Burris's mop-up man. Being the second-stringer meant getting only so much practice time with the No. 1 offensive unit. The timing with the receivers and running backs was never sharp enough; the cohesiveness not as good.

Being the starter means getting all the preparation and doing the most with it. On that count, Tate is indeed vocal.

"The guys here, they know me. We want to start out the season swinging and kicking," he said. "I can't wait to get going. I want to learn everything I can." 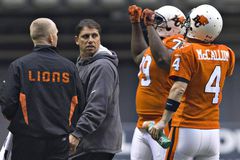 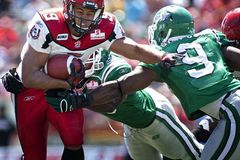 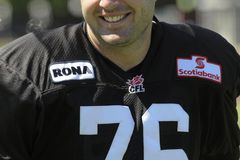 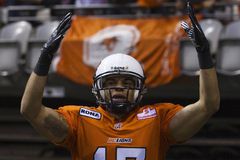 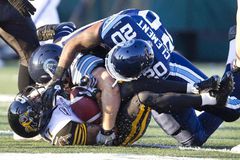