Odell Beckham Jr.'s mindset was simple before making a one-handed catch quickly heralded as one of the best in NFL history: Just catch the ball.

Little or no thought of keeping his feet inbounds. Or screening Cowboys cornerback Brandon Carr. Or how to position his body.

But after years of practising one-hand catches in practice and before games, instinct and reaction took over early in the second quarter in his team's loss to Dallas.

Beckham fully extended his body, leaping back and reaching as far as he could with his right hand to haul in a 43-yard heave from Eli Manning. The spiral hit his thumb, middle and ring fingers and fell the rest of the way into his hand for a touchdown.

It was the kind of catch that drew a visceral reaction from fans watching it; they were hanging on the replay and begging for a GIF to share online. On Monday, there was a new hashtag on Twitter: #ThingsOdellCouldCatch. Beckham's following also had increased by tens of thousands.

The moment was set up through years of practice.

At LSU, he and a teammate practised the grabs to improve his game. And he does it before every NFL game with Giants equipment man Ed Skiba throwing the ball.

"Hold on to the ball," Beckham said when asked what he was thinking when it came time to make that practise pay off. "The ball couldn't have been placed better. It was a perfect spiral. With a ball like that, it makes it a lot easier to make a catch."

Asked if that made it an easy catch, Beckham smiled.

"Not by any means," the Giants' first-round draft pick from LSU said. "Just the ball placement makes it a lot easier to do something like that."

Small, tough-to-notice things made the catch even better. Carr grabbed Beckham's jersey just before the catch and Beckham seemed to hook the defender's arm in pushing him away.

Two officials threw flags and for a split second, fans wondered whether Beckham was being called for offensive pass interference. The call went the other way.

Beckham also somehow kept his feet inbounds before the catch and also landed inbounds, making it a legal catch. Once the replay confirmed the catch, the play took a life of its own online while the crowd roared its approval.

"Honestly, after that type of moment, I couldn't really hear anything that's going on besides the crowd," he said. "I was just looking in the crowd and seeing the excitement that they had. That's enough right there."

Manning said he was impressed Beckham could make the catch without pulling the ball into his body as he fell.

"It was like he caught it with a couple of fingers," said the two-time Super Bowl MVP who also combined with David Tyree on the famous "helmet catch" during the title game in 2008. "It also looked like he pulled it down and was ready to throw it. He kind of had a grip on it like he was ready to make a throw."

Returning to the bench, teammates smiled and congratulated the kid with the oversized hands for a 5-foot-11 player.

"I think I had a few guys just smile and laugh and say, 'That was the best catch I've seen,'" Beckham said.

Still, the catch was hard to enjoy Sunday night after the 31-28 loss to the Cowboys, the sixth straight for the Giants – even if fans were drawn to the moment online.

"I wish there wasn't so much technology," Beckham said. "It's just a sick feeling losing. I've gotten better. I definitely don't like to lose, no matter what it is. Keep fighting. Keep practising this week. Practise hard and come out next week ready." 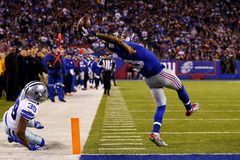 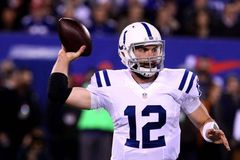 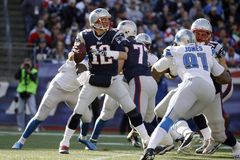