While the Toronto Argonauts were prepping to play in the 100th Grey Cup game in front of their hometown fans last November, Hamilton Tiger-Cats players Henry Burris and Andy Fantuz fixed their minds on their own distinct big game.

"We said, 'Man, our "100th" would be playing next year in Regina,' because of our pasts in Regina, the great memories we made there and the friends," Burris said after practice Wednesday. "It's going to be special, even though we're coming in as the bad guys."

The narrative of ex-Saskatchewan Roughriders receiver Fantuz and quarterback Burris returning to Riderville to take on their old team for the Cup in Regina is all the buzz this week, but few saw it coming.

The Ticats missed the 2012 playoffs and started 2013 with a 1-4 record while playing and practising at small university stadiums as their new home facility was being built. They had a new head coach and were slammed with many injuries. Few would have picked the Tabbies as a Grey Cup contender, but the players say the journey since has made it that much sweeter.

"This run is more important than any other run I've ever been a part of," said Burris, who is wrapping up his 14th CFL season and led the league in passing yards in 2013 by a wide margin. "This team deserves it for what we've been through this season – all the obstacles against us, we never made excuses."

They won nine of their last 13 regular-season games before knocking off the Montreal Alouettes and then the reigning champion Argonauts in the playoffs.

They point to the team's youthful camaraderie and commitment to doing unselfish things. Burris has made way for Dan LeFevour or Jeremiah Masoli in game plans; at times, star running back C.J. Gable was asked to block repeatedly rather than chew up the kind of yardage he's capable of tallying; and the receivers have spread the ball around rather than leaning on one man.

"We didn't start out strong, but we believed in ourselves and we battled to where were are now," said Fantuz, who spent his first six CFL seasons with the Riders (and won the Grey Cup in 2007) before joining Hamilton in 2012. "We deserve to be here."

Ticats players have worn bracelets created by defensive back Dee Webb that read "I believe in me;" they chant "Who's got your back? I've got your back;" their daily bus rides from the Ticats offices to practices at McMaster University in Hamilton were full of clowning that served to make them closer. (Burris said his love of the comedy film Dodgeball: A True Underdog Story has even had him doing the "Purple Cobra Dance," à la Ben Stiller and his dodgeball team in the movie.)

"To be able to accomplish some of the things we've accomplished as a team, it's been rather enjoyable to have this young room, this coaching staff," said Burris, who last won a Grey Cup in 2008 with the Calgary Stampeders and who found his CFL footing as a starter in Regina (2000, 2003-04). "They have helped me enjoy the game more than I ever have."

During their first practice in Regina, in temperatures of -17 C, which felt like -26 with the wind chill, the Ticats huddled around the warm-air blowers – mirroring the warmth they created during the season.

"I feel like my hair's growing back and it's coming in blond," Marwan Hage said with a laugh.

"I'm so happy for my teammates and that we're experiencing this journey," said the long-time Ticats offensive lineman known for his big personality and bald head. "Personally, it's been a long road for me, but it justifies what I've been seeing in this organization. For 10 years, I knew this day would come.

"The stars of this team are equal with the rookies, and we gel. We just like being with each other." 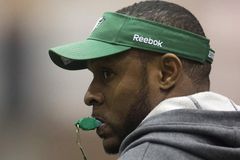 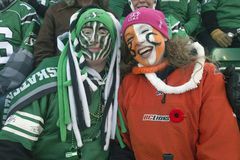 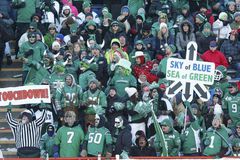 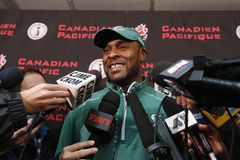 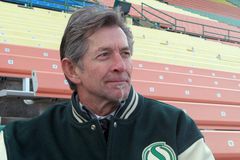 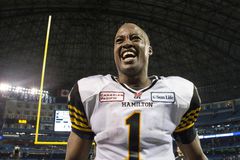 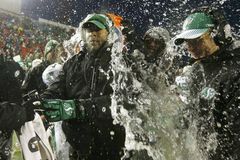