There is no other way.

Wally Buono became the CFL's career leader in coaching victories by making Frank Sinatra look like a flip-flopper, and to anyone who was around during the Calgary Stampeders heyday of the mid-1990s, it was clear that the inflexible boss wasn't going to ease up in the two-week period before the West Division final.

Yet over the past fortnight, Buono hasn't run the B.C. Lions through punishing post-practice gassers. He hasn't quizzed them on their potential playoff foes.

The Lions general manager and head coach said his biggest concern is that his players and assistant coaches are not "stressed" when they face the Edmonton Eskimos Sunday at B.C. Place Stadium, a statement that qualifies as new-age for the old-school Buono.

"You want them to be under duress, not under stress," he said. "If I've made a single adjustment in how I coach, that's it. And even more so in the playoffs."

With 254 wins and four championships, Buono has his place in CFL history. His sideline sayonara is approaching, particularly if he wins the 99th Grey Cup on home turf next weekend.

Nobody knows for sure but the man himself. And nobody knows the West final more than Buono, because no one has been more frequently tripped up en route to the Grey Cup.

His teams have been host for the western final 12 times, and won just five. When he's had two weeks to prepare for the game, Buono is 4-5.

His Calgary super teams between 1993-95 went 45-9 during the regular season, but failed to deliver a title and lost twice in the West final. His Lions teams of 2005 and 2007 were of superior quality, but laid eggs at this postseason step.

Buono, who moved to Vancouver from Alberta in 2003, says he hasn't approached the playoffs differently as an in-game decision-maker or strategist, but there's a football axiom about teams taking on the personality of their head coach, and the Buono of yesteryear was particularly tight in November.

"Maybe, when I was younger, I wanted everything to be too perfect," he said. "That's not necessarily productive because you put too much stress on them."

Buono's approach to holding the West final this year is a microcosm of his professional evolution. He rewarded his charges for finishing first in their division after a 0-5 start, some rare sugar from a boss accustomed to delivering spice.

Last week, while assistant coaches prepared game-plans for either the Stampeders or Eskimos, the players were allowed to sit back and watch the semi-final before beginning their study. Since then, the players were put through upbeat sessions of 50-plus plays rather than conditioning drills.

"We actually got an extra day off," defensive tackle Aaron Hunt said. "It was unbelievable because Wally doesn't [do]that."

Calgary's Buono was a man of seething intensity, a grinding taskmaster, and a relentless micromanager who would take the day's mail to box, just so it got delivered on time. Team barbeques were discouraged because to see a player's family was allowing emotion to seep into Buono's dispassionate evaluations of their play on the field.

Nobody did winning better, and nobody made winning more joyless.

For Travis Moore, who played for Buono in Calgary and now coaches Lions wide receivers, his leader's transformation has been as improbable as 'take me to your leader.' "He's a little more mellow," Moore says with an understated grin.

When players grumbled about their coach's hard-driving ways last year – "they have no idea," Moore says – Buono bowed to the pressure and even surprised his chief lieutenant, defensive co-ordinator Mike Benevides.

This softening has been an ongoing theme since his heart surgery in 2004. Buono delayed the procedure until after the season, and told nobody in his employ, lest they express personal concern for someone who showed them little personal concern. Besides, there was a job to do.

But the experience most definitely changed him.

The Lion King once chased his wife and family dog from the practice field, but these days the 61-year-old turns to mush when his football-loving grandson visits the team facility.

He's changed on the field, too. There was once a time when Buono relied on his defensive line to pressure the quarterback, and never used trick plays. Today, the Lions blitz from different angles, and 41-year-old veteran Paul McCallum has the green light to attempt a fake punt.

Buono may no longer be ahead of the curve, but he's not yesterday's man. He'll never be new school, but he's adeptly navigated the times, and he's made a concerted effort to understand the modern athlete and bridge the generational gap.

The prevailing wisdom from those in Buono's orbit is that he will retire to the general manager's chair should B.C. win it all on Nov. 27. If not, he will undergo his customary postmortem, and come to a quick decision.

He has already informed wife Sande and his four children that he is not interested in their opinions on his coaching future because "at the end of the day, I'm the one who has to coach." So if the greatest Canadian football boss is to hang up his whistle, it will all be very clinical. All be very Buono.

"Everybody has a vote," Sande Buono says, "but he has a veto." 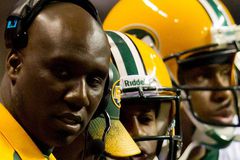 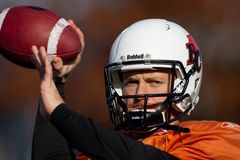