The process to sell the B.C. Lions is under way, with 19 parties having expressed interest and long-time owner David Braley beginning to assess potential buyers.

Braley, 74, wants to sell to someone who will take at least a majority stake in the team and will be a steward for the club in British Columbia. He doesn't want to sell to a group in which each member holds a small fraction.

"The most important thing is they look after the club as part of the community," Braley said in an interview on Wednesday, from his office at his auto-parts company Orlick Industries Ltd. in Hamilton.

Of the 19 parties interested in the Lions, 14 are local, with others located in Calgary, Edmonton, California, Las Vegas and Florida. Braley will first focus on the local 14. Braley said he didn't know how long the process would extend.

"That may take all this year. It may take next year. Who knows? We will just start to sort it now, with the interested parties."

As Braley approaches his 75th birthday next May, he is stepping away from his direct stake in the CFL.

Earlier this year, Braley sold the Toronto Argonauts to Bell Canada and Larry Tanenbaum's Kilmer Group, a deal that is set to close at the end of this year. Braley has been a key backer of the Canadian football and his acquisition of the Argos in early 2010 was a financial rescue job.

Valuation will be a key question in the sale of the Lions. In 2014, Braley floated a figure of $40-million for the club, which is considered by some observers to be high.

The CFL is on stronger financial footing these days, buoyed especially by a five-year television deal with TSN worth about $40-million, running through to 2018. New Argos co-owner Bell Media owns TSN.

The Lions, however, are a team in transition. B.C. has made the playoffs in each of the 19 seasons Braley has owned the team but this year's 7-11 record is the worst of Braley's tenure. The Lions were beaten up by the Calgary Stampeders in the West semi-final last Sunday.

Braley's early years as owner, in the late 1990s, saw average attendance below 20,000. It began to turn higher when Wally Buono took over as coach in 2003 and sparked a run of success.

Buono's future as the Lions general manager, through this past difficult season, has been debated by fans. He retired as coach after the Grey Cup win in 2011 and this year's 7-11 is his second-worst season as a CFL coach or GM, ahead of only his last year in Calgary in 2002 when his team went 6-12.

Buono, 65, has one year left on his contract. Braley on Wednesday expressed confidence in Buono.

"We understand each other," Braley said. "He's still as good a football man as I know. There's four or five coaches or general managers in the league I really think are superb – and he's one of them."

On Wednesday at Lions headquarters in the Vancouver suburbs, Buono spoke to reporters, to reflect on the past year and to look ahead. Pressed about his future and the future of coach Jeff Tedford, Buono said nothing has been decided yet. He plans to sit down with Braley and team president Dennis Skulsky soon.

"You don't think we're frustrated with all of this?" said Buono near the end of a half-hour session.

The Lions, despite their record, had as many divisional all-stars as the Stampeders, eight. The Lions also have a promising young quarterback, Jonathon Jennings. "The distance between being a good club and being an outstanding club isn't all that much," said Buono, wearing the Order of Canada pin, which he was awarded earlier this fall, on his suit jacket lapel.

Skulsky, like Buono, has one year left on his contract. As the sale process begins, Skulsky likely will step aside from his role as team president, as he is widely expected to help lead one of the potential buyers groups.

"At that time the decision will have to be made, whether I'm interested in staying or being part of an ownership group," said Skulsky on Wednesday, after Buono spoke.

Like his management team, Braley wasn't happy with the Lions 2015 season. "I've very disappointed – 7-11 is not very good."

Asked whether he'd be at the helm when the CFL's 2016 season kicks off next June, Braley smiled. 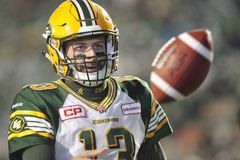 Doug Flutie says his parents both died of heart attacks within an hour
November 18, 2015 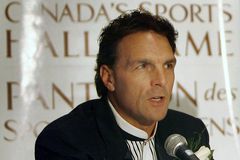 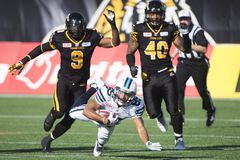 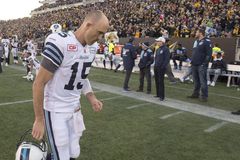 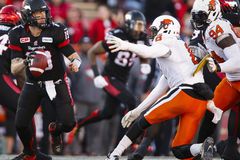 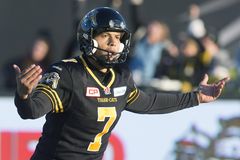