When it comes to all-star game affairs, nobody can do glitzy better than the National Basketball Association.

And this weekend's festivities in Toronto, the first time the NBA has agreed to stage the three-day gala outside of the United States, will afford Canadians their first opportunity to witness all the excess up close and personal.

From Drake and Shaq to Kevin Hart and Snoop Dogg, anybody who is anybody can be expected to be on hand to take a well-publicized bow, either at Sunday's game at the Air Canada Centre or by attending one of the countless star-studded parties that are staged to court everybody's inner Basketball Jones.

"If you're a limousine owner, this is the weekend you look forward to," said Brian McIntyre, the now-retired media information director for the NBA who has been at almost every all-star game since 1978.

"I've seen it evolve from this one-day event into this extravaganza that turns any place it is held into celebrity city," McIntyre continued. "It's grown into a celebration of the sport internationally and there's just so much going on. If you're a basketball fan, it's the place to be."

And you just never know who, or what, you might run into as the event unfolds over the weekend.

At the 2004 all-star game at the Staples Centre in Los Angeles, a couple of journalists rode the elevator early on Saturday morning with actor and comedian Tracy Morgan at one of the swanky downtown hotels the NBA had booked for the weekend.

Morgan, a tad dishevelled, was on his cellphone desperately trying to explain to somebody on the other end why his participation at an all-star function the previous night prevented him from making it home.

Several lucky scribes will never forget the 2002 game in Philadelphia when they secured scarce passes that got them into the lavish private party being staged by one of the NBA's broadcasters.

After grazing at one of the many tables laden with everything from chicken wings to lobster tails and washing it down with imported beer – all free, of course – guests could then wander over to the stage at the back of the hotel ballroom to listen to the band. On that night, Hall & Oates were the featured artists.

Steve Nash, the Victoria-raised two-time NBA most valuable player and eight-time all-star, has used the immense platform of the event to espouse his political beliefs.

At the 2003 all-star gala in Atlanta, Nash famously wore an anti-war T-shirt that proclaimed No War. Shoot for Peace. The sentiment was in protest to the then-imminent invasion of Iraq.

"I believe that us going to war would be a mistake," Nash said at the time. "Being a humanitarian, I think that war is wrong in 99.9 per cent of all cases."

While his stance was widely acclaimed, it did not sit well with everybody, including fellow NBA all-star David Robinson, who played his college basketball while attending Navy and carried the nickname the Admiral during his stellar playing career.

"If it's an embarrassment to them maybe they should be in a different country, because this is America and we're supposed to be proud of the guys we elected and put in office," Robinson said.

McIntyre recalls a time back in 1994 when the game was held in Minneapolis and there were concerns that a bad storm in Memphis, the headquarters for Federal Express, would prevent the shipment of the game's most-valuable-player trophy.

McIntyre said John Stockton, the former all-star guard for the Utah Jazz, came to the rescue. Stockton won the all-star MVP trophy the year before, when the game was held in Salt Lake City, and said it was stashed in a box in his closet at home.

Stockton's brother was coming to the game in Minnesota and he agreed to bring the trophy along.

In the end, it wasn't necessary, as the delivery from Federal Express came through on the Sunday morning, several hours before the game, which meant that Scottie Pippen got his own MVP trophy that day, and not the Stockton retread.

The all-star festivities start to heat up in Toronto on Friday night at Ricoh Coliseum with the NBA All-Star Celebrity Game featuring Drake as the coach of a Canadian contingent and assisted on the sideline by Jose Bautista and Nash.

Canadian tennis star Milos Raonic will anchor the Canadian team along with Arcade Fire's Win Butler against the U.S. squad coached by Hart.

Also on Friday, the Rising Stars Challenge will take place at the ACC. The next day, the All-Star Saturday Night event will feature the skills competition, including the three-point shooting and slam dunk contests.

On Sunday night at the ACC, it will be the all-star game itself for those lucky enough to have tickets – according to TiqIQ, the average price a ticket on the secondary market is close to $3,000.

And if that's too rich for your blood, people can always turn to the plethora of private parties that any Toronto nightclub worth its bottle service is promoting with the all-star weekend as the draw.

Former NBA star Shaquille O'Neal will be a large busybody at some of these affairs. On Friday night at Muzik, he's booked in as the host and celebrity DJ at the Maxim all-star party where tickets are being sold for $500 apiece.

The website promoting this event said the turnout is for "mature, young professional, urban" types.

That same night, the Diesel will make an appearance at the We Da Norf comedy show after-party at the Queen Elizabeth Building. The VIP tickets for this show will set you back $100.

Perhaps the hottest venue for celebrity sightings over all-star weekend – not to mention most expensive with tickets costing as much as $1,750 – will be at the True North entertainment hub in Roundhouse Park located just west of the ACC.

Gwen Stefani and Usher are said to be performing there over the course of the weekend, along with Drake, Snoop Dogg and other entertainment heavyweights.

NBA All-Star Game nothing but net for Toronto tourism
February 5, 2016 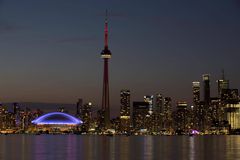 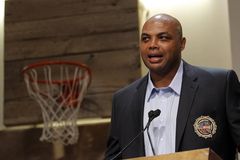 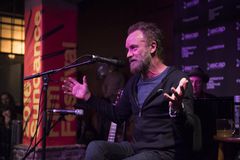