They didn’t make Brendon Todd forget about the dark years, when he had the full yips so bad he didn’t know where the ball was going and made only two cuts in 35 events he played over three years.

They just made him appreciate how good it feels to be back.

Todd returned Monday morning and quickly holed an 18-foot birdie putt for a one-shot lead, then closed with two nervy pars for a three-under 68 to win the Mayakoba Golf Classic for his second straight PGA Tour victory. He won the inaugural Bermuda Championship two weeks ago.

Todd earned a trip back to the Masters for the first time in five years, and his second victory moves him atop the FedEx Cup standings with one tournament remaining at home in Sea Island before the PGA Tour takes a short winter break.

Todd was tied with Vaughn Taylor when they were among 12 players who had to return to El Camaleon to finish the tournament, which didn’t start until Friday because of heavy rain along the Gulf of Mexico coast.

He made birdie for the lead and looked to have the tournament in hand when Taylor and Harris English caught bad lies in the bunker and Todd blasted out to three feet on the 16th hole. English made double bogey from a ball plugged so badly it took two to get out of the sand. Taylor, who had a ridge of sand behind his ball that kept him from being able to put spin on his shot, could only blast out to 10 feet and he missed the par putt.

Todd only had to tap in for a two-shot lead. But he missed, leaving his lead at one shot with two tough holes remaining.

“It made me more nervous and it probably gave Vaughn a little more confidence, so I would say it had a big impact,” Todd said of his short miss. “I was literally walking around that green thinking I had a two-shot lead and feeling pretty comfortable. And that wasn’t the case.”

He had to make a four-foot par to avoid at three-putt at the 17th. On the closing hole, Todd went from a decent lie in the rough left of the fairway to another decent lie left of the green, and the shot became a little more difficult when Taylor laced his approach to 15 feet away for a birdie chance.

Todd lofted a pitch to a little more than three feet. Taylor, with a chance to at least force a playoff, watched his putt stop one turn away from dropping in the centre of the cup.

“Warming up this morning the greens were a little slow,” said Taylor, trying to win for the first time since Pebble Beach in 2016. “I was a little nervous, so usually come up short when I’m nervous.”

He closed with a 68 in his bid to win for the first time since Pebble Beach in 2016.

Todd rapped in his par and exhaled, finishing at 20-under 264 and winning back-to-back in a game that feels a lot easier than it once did.

Carlos Ortiz, who chose to return in the morning while his two playing partners raced to finish before dark Sunday night, needed a birdie on an 18th hole that yielded only four birdies to 164 players over the final two rounds. He did well to scramble for par and a 66, and then he waited to see if it would be enough.

Trying to win before a home crowd in Mexico, Ortiz came up one short of his first PGA Tour victory. He tied for second with Taylor and Adam Long (66).

“I tried to do my best. I think I played great golf,” Ortiz said. “I’m pretty happy with the way I played this week.”

He wins the Premio Trophy as the low Mexican at the Mayakoba Classic. Abraham Ancer tied for eighth, giving the tournament two Mexicans in the top 10. 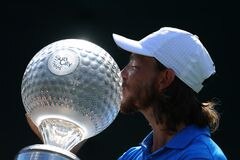 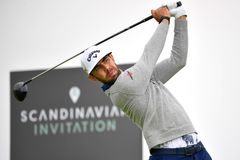 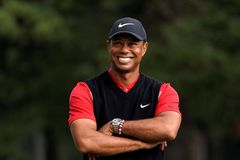