Two years ago, Corey Conners was the last of 87 golfers to earn a spot in the Masters. It was a surprise, even to him. He had his suitcases packed for a return trip to Ontario before the final round at the Texas Valero Open.

The only way for him to qualify to compete at the world’s most famous golf tournament was to win that 2019 PGA Tour event in San Antonio. And win he did. He sank 10 birdies during the final round, and five days later teed it up among the azaleas, dogwoods and towering pines at the Augusta National Golf Club. The course in Georgia is so beautiful it is as if it was laid out in the Garden of Eden.

“Every step on the property feels magical,” Conners says.

He finished in a tie for 46th in his first stab at the Masters as a tour professional, and then tied for 10th last fall. This week, he joins Mackenzie Hughes and Mike Weir as the only Canadians in the field.

Hughes failed to make the cut in his only previous appearance. Weir has played the Masters 21 times. In 2003, he became the only Canadian to ever don the winner’s famous green jacket.

The three Canadians got together for a practice round at Augusta on Tuesday.

He is 29 and grew up in Listowel, less than an hour’s drive northwest of Kitchener-Waterloo. He was a math major at Kent State – which is good for counting the US$2.4-million in prize money earned over the past three years.

He has always been a long-hitter – averaging nearly 300 yards off the tee – but has struggled somewhat on and around the greens.

His putting has improved dramatically, however, and he has five top-10 finishes already this season. He finished seventh last month in Florida at the Tournament Players Championship, and tied for 14th last weekend while defending his title at the Valero Open, which was cancelled in 2020 owing to the spread of COVID-19.

“I think my game has gotten a little more polished,” Conners says. “I’ve always known the good stuff was really good, and proved that by winning the tournament [in Texas] two years ago.

“I would say my level of consistency has improved. I am definitely prepared to play in the Masters this year. I am more comfortable than I have ever been.”

His second-round 65 at Augusta in November was the lowest score ever shot by a Canadian. Dustin Johnson, an American married to Wayne Gretzky’s daughter, Paulina, is the defending champion.

Conners has come a long way in three years on the PGA Tour. In 2019, he had to win a six-player qualifying event just to get into the Valero Open. He won both, he had to overtake the leader, Si Woo Kim, over the last 18 holes to win in Texas.

“I remember that round quite vividly,” Conners says. “I’ll remember it for the rest of my life.”

Afterwards, he was dragged off to a press conference and taken to a party to hob-nob with tournament sponsors. He had only a few minutes to celebrate the victory with his wife before he was shuttled off to the airport for a two-and-a-half-hour charter flight from San Antonio to Augusta. The latter is one of the perks provided to the winner at the Valero Open.

“The whole thing was quite a whirlwind experience,” Conners says. “It wasn’t until I got on the plane that I finally had a chance to breathe. I didn’t get into Augusta until late that night. I was pretty excited, and didn’t sleep too well. I kept thinking about the opportunities that would become available to me as the winner of a PGA Tour event.”

Later that week, he played 72 holes at Augusta National and ended up four over par.

“The first time you play there, you are overcome with emotion,” Conners says. “You are more nervous than on most weeks. You are walking around with guys you have watched your whole life. They are the best players in the world.”

He played much better at the Masters in 2020 and finished nine under par. That’s the difference between a good golfer and the most elite. You can play the best rounds of your lifetime and still get trounced. Johnson won at 20 under.

Weir, who is from Sarnia, Ont., but lives now in Utah, says the course is playing much tougher than it did in the fall. The fairways are firmer, and the greens are fast.

“Putts are scary,” Weir says. “A putt with a one-foot break in November turns into a three-foot break now. You can putt right off the green and into the water.”

Weir believes that Conners is getting closer to having the skills one needs to win the Masters.

“By today’s standards, he has plenty of length,” says Weir, who spoke to the press Wednesday about his new partnership with Golf Town. “He is a ball striker. To get to the next level, he has to have all parts of his game working. There are great signs that he is ready.”

Conners tees off for the first round Thursday in a group with Kim and 2011 winner Charl Schwartzel of South Africa. He has reached one pinnacle – or Pinnacle, if you must – with a PGA Tour victory. The Masters is a much taller peak to conquer. The Olympics in Tokyo possibly loom after that. He is Canada’s top-ranked player, at No. 41 in the world standings.

But first things first. The bunkers bedded with granulated quartz, and Amen Corner lie in wait. Augusta National is such a sacred place that the caddies wear white jump suits. When it rains, a natural spring on the back nine spouts a kind of gold dust.

“I’m a little more relaxed after playing here a couple of times,” Conners says. “I am excited to be back. I learned a lot in my first two attempts.”

Tiger Woods was speeding prior to crashing SUV, according to sheriff’s department
April 8, 2021 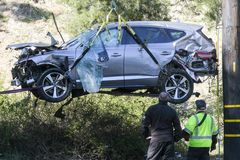 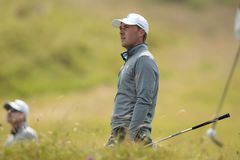 Canadians Corey Conners and Brooke Henderson look to capitalize on past success this week
March 31, 2021 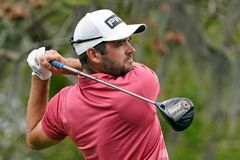