Having already battled for five extra holes into darkness without producing a champion a day earlier, Gaby Lopez and Nasa Hataoka showed up to work at 8 a.m., just like regular folks.

The early wake-up call and extra golf was worth it for Lopez, who rolled in a 30-foot putt for birdie to prevail on the seventh playoff hole Monday and capture the season-opening Diamond Resorts Tournament of Champions.

It was the second LPGA title for Lopez, who 14 months ago became only the second player from Mexico to win on tour, joining World Golf Hall of Fame member Lorena Ochoa. She earned US$180,000 for the victory.

The elite field featured 26 LPGA tournament champions who had won tournaments in the past two seasons.

This was the LPGA’s fourth-longest playoff. The longest was 10 holes at the 1972 Corpus Christi Civitan Open, where Jo Ann Prentice beat Hall of Famers Sandra Palmer and Kathy Whitworth.

Lopez birdied from 18 feet on her final hole of regulation Sunday to earn a spot in a playoff alongside Hataoka and Inbee Park, who was eliminated on the third playoff hole.

Hataoka, who had made a deft up-and-down from 30 yards for par to extend the playoff to a seventh hole as play resumed Monday, had the edge on the final hole after hitting a four-hybrid that rode a slope along the right side of the green and curled to 12 feet from the hole.

But Lopez, whose ball barely made the putting surface, went first, her putt up the hill slowing and tumbling into the cup on its last rotation. Hataoka, ranked sixth in the world, made a poor stroke, pulling her birdie attempt left.

After a week of warm Florida weather, temperatures of about 7 degrees greeted the women Monday and morning shadows covered the green as they returned to the 18th. The par three is long and tough, with a deep bunker in front and rocks and water guarding the left side of the green. Players require hybrids and fairway metals to reach the green. There were only six birdies total made on the hole all week; Lopez owned three of them.

Hataoka had enjoyed her week playing alongside athletes and celebrities – the 49-player celebrity division was won by pitcher and Hall of Famer John Smoltz. But the pressure amped up once the playoff began.

“Being a celebrity pro-am, I thought I was going to just enjoy it and have fun. But then being able to be in the final and do the playoff, that was a really good experience, and I think this would help me in the future,” said Hataoka, whose 2020 goals include a No. 1 ranking and an Olympic gold medal in her home country of Japan this summer. “When the tournaments start to get harder and harder, it will be a good lesson for me.”

Lopez charged into contention with a five-under 66 Sunday, and played with confidence in the playoff. She entered the week ranked 56th but now has momentum to start her fifth LPGA season. In her first LPGA victory, the 2018 Blue Bay LPGA Championship in China, she had the lead and was grouped with the world’s top two players at the time, Ariya Jutanugarn and Sung Hyun Park. This time, victory took a different route.

“I proved to myself that I can win in any situation,” Lopez said. “My first win was in the lead. My second win was coming from behind. And being able to put all those moments together and recall them while I’m walking on the fairway here and try to stay patient. That’s what I proved to myself the most, my ability to stay in the moment.”

Park, seeking her 20th LPGA victory, was ousted on the playoff’s third hole when her tee shot hit off rocks along the left of the green and bounded into water. Park, Lopez and Hataoka finished 72 holes at 13-under 271.

The victory qualifies Lopez for the 2021 Tournament of Champions. She was asked if she were relieved she wouldn’t have to see Tranquilo’s well-worn 18th hole for another year.

“Not really. I mean, I do have a feeling for this hole,” Lopez said. “I like it. It was a perfect number for me yesterday, to be honest.” 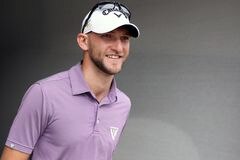 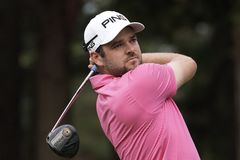 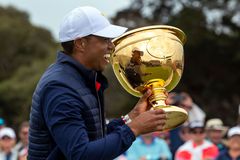